Art Toronto is back at the Metro Toronto Convention Centre. It's celebrating its 16th year as Canada's biggest international fair dedicated to modern and contemporary art. Fittingly, it brings out some of the most notable galleries from Canada and from around the world.

While this year's fair appears a tad scaled back from previous iterations, there's still a dizzying amount of art to see; you're sure to find something that moves you. If you want to see even more contemporary art this weekend, you can also check out the separate Feature Art Fair happening simultaneously at the Joey & Toby Tanenbaum Opera Centre.

Here are five reasons to check out Art Toronto, even if you're just window shopping. 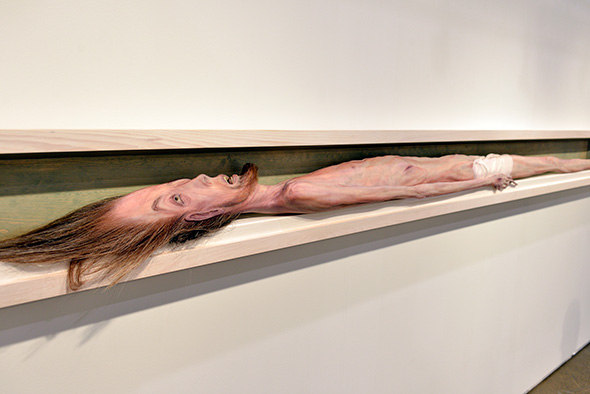 The Art
Evan Penny's Homage to Holbein is striking and rather creepy. Find it at the TrépanierBaer Gallery booth. Wander through the show and find local heavyweights as well as newer contemporary galleries as well as non-commercial "Projects" such as Tammy Salzl's immersive piece The Cleansing and Stéphane Gilot's video installation The Small Pentagonal Chamber. 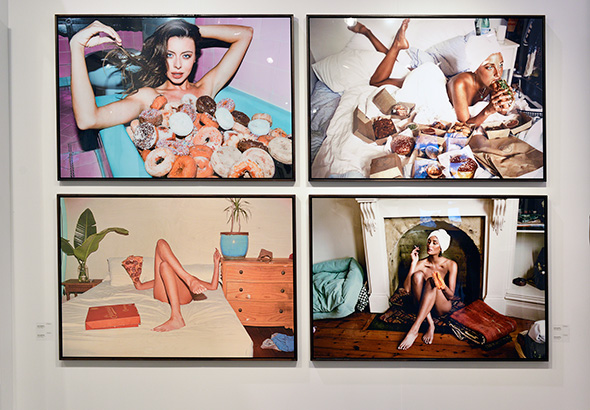 People watching
One of the best parts about a big, fancy art fair is the people it attracts. Yes, Art Toronto makes for some awesome people watching. Of course there are the notable Toronto collectors willing shell out thousands of dollars for a new piece artwork, but there are also a ton of other creative types in attendance. Their outfits might be just as inspiring as the pieces hanging on the walls. 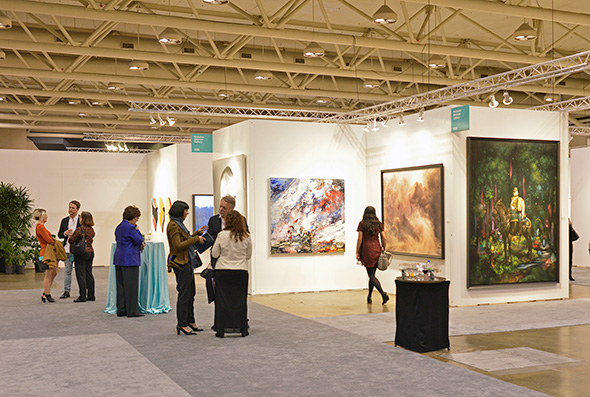 Meet your favourite artist
Acclaimed Toronto artist Edward Burtynsky was at Art Toronto's opening gala and many artists make an appearance at the fair. There's nothing quite like hearing about a piece of artwork from the person who created it, and it's pretty exciting to see younger, emerging artists speak about their work with potential buyers. 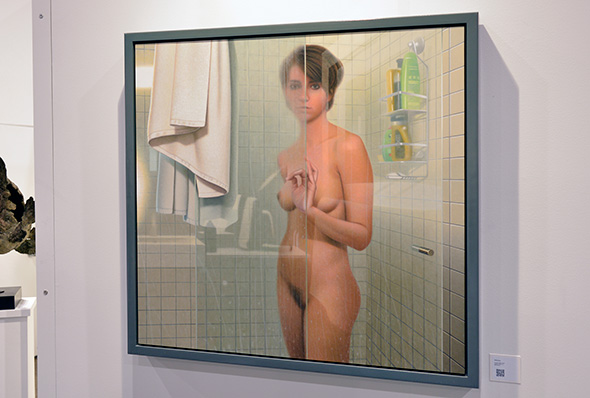 Explore international galleries
Familiar names such as Olga Korper Gallery and LE Gallery at this fair, but you'll also get to see what those from outside Toronto have to offer. Take a peek into New York's Muriel Guépin Gallery and Frankfurt's Anita Beckers Gallery. And, don't miss FOCUS: Latin America galleries, including Bogota's Galeria Baobab, Lima's Revolver Galeria and Santiago's Yael Rosenblut Gallery. 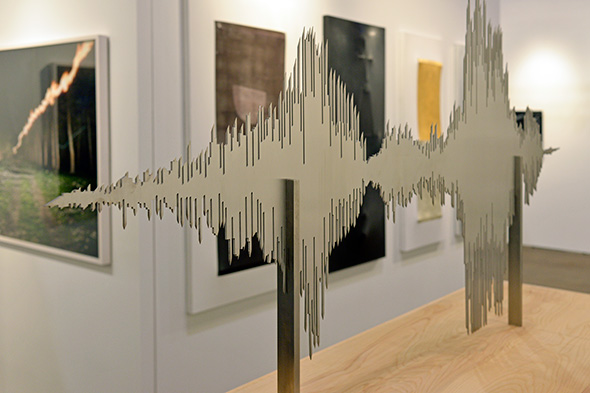 Art speak!
Your brain might feel numb after spending hours looking at art in a (mostly) windowless convention hall, so why not take break by sitting in on a lecture or a panel? All of the art talks (the PLATFORM Speak Series) are included with the price of admission, so go get your money's worth and expand your mind thanks to artists, curators and educators from both Canada and around the world. 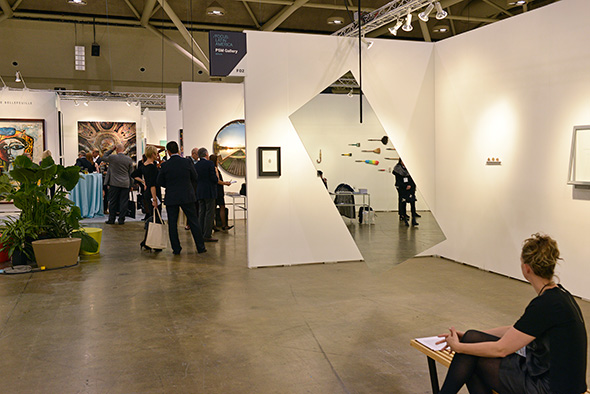