On Saturday, the Eglinton West neighbourhood got a new 1,200 square foot mural that throws a spotlight on Toronto's rich history with reggae music and culture.

Last year, Ward 15 Councillor Josh Colle helped rename the oft-overlooked roadway, at Eglinton and Oakwoods, Reggae Lane. Together with the public arts organization The STEPS Initiative and The Laneway Project, Toronto-based artist Adrian Hayles and a group of young painters created a massive outdoor mural to makeover the space. 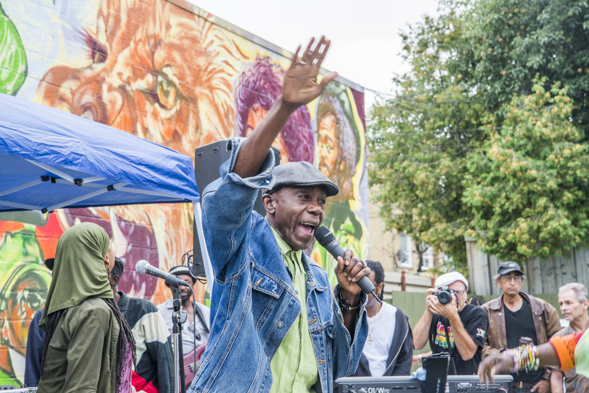 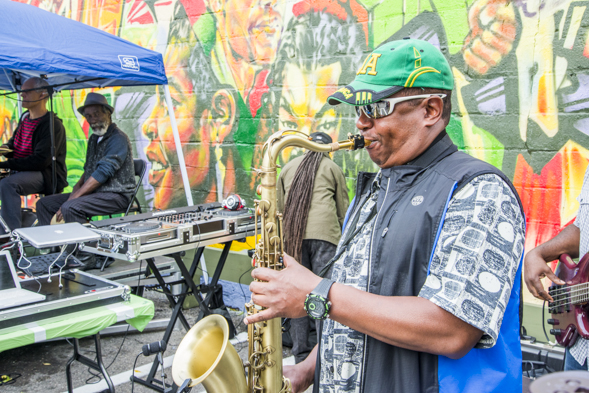 Along with the music, the event included food, such as mini patties, as well as cake cutting ceremony. 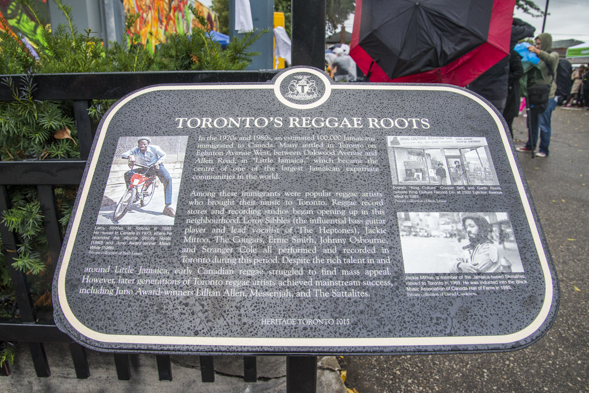 Heritage Toronto gave the laneway a historic plaque to commemorate Toronto's history as a reggae hotspot. Beyond the mural, the laneway is also undergoing a revitalization project that's funded by the Ontario Trillium Foundation. 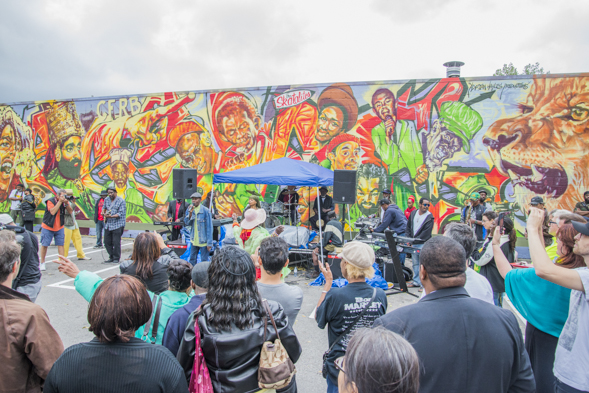 For now though, Toronto residents can enjoy the mural that pays homage to a distinct part of this city's culture. 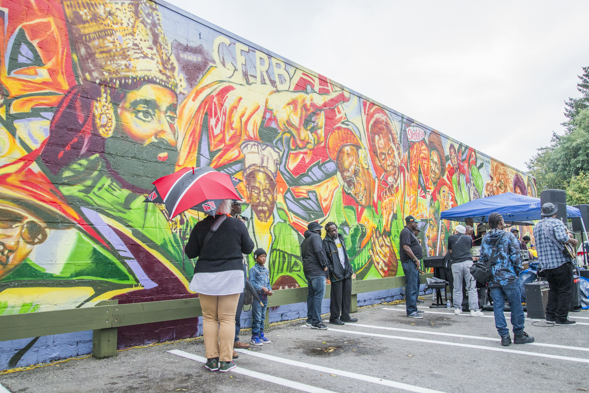