One of Toronto's most important spaces for artists is located far from the city's west-end galleries, east-end lofts and downtown museums. At Artscape Gibraltar Point on Toronto Island, where the flows of Lake Ontario meet and the poplar and dog wood trees grow right to the water's edge, the electric mix of urban and wild energy of Toronto's southern limit has fuelled the city's creative scene for 15 years.

Artscape will be celebrating the crystal anniversary of its island paradise on May 30 with EXVEE, a music and art festival for Toronto culture-lovers. The interactive and jam-packed festival headlined by the centre's musician friends MayleeTodd, Digits, bizZarh, Etiquette, L.atasha A.lcindor, New Fries and more, the event also offers up visual arts exhibitions, performances, beach portraits, tarot readings and the usual island fire antics and parades. 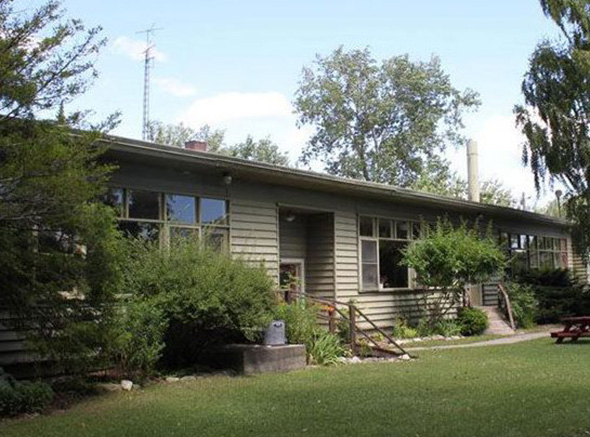 More than 50 artists, including Shary Boyle, Stephen Andrews, Bill Burns and Ramon Serrano will be contributing pieces for sale and a silent auction with proceeds benefiting this important space for Toronto's creativity.

Artscape Gibraltar Point began its life as the original Island Public School. The oldest part of the building dates back to a 1909 one-room schoolhouse. The facility was added to and expanded to accommodate the growing Island population to create the current 30 000 square foot facility.

In the 1950s, Metro Toronto began demolishing houses to make way for an Island-wide park and enrolment in the school dropped. To make use of the empty space, the Toronto Board of Education established the Natural Science Program bringing grade 5 and 6 classes to the Island from the city for nature education. 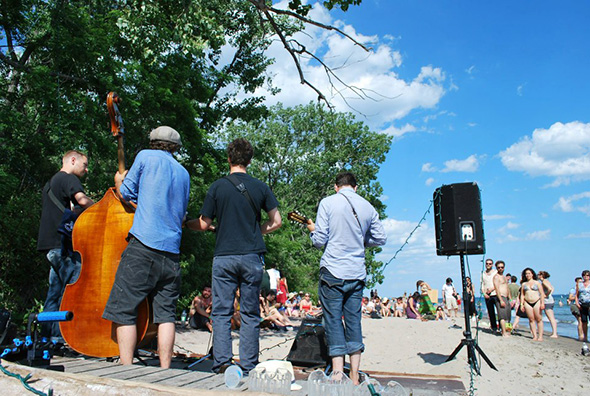 In 1998 when the new Island Public School was built 500 metres east, the building original school building seemed destined for demolition. Passionate Islanders, well seasoned in the art of activism from their fight to save their homes, fought hard to prevent its demolition.

Inspired by the setting, the Islanders had a vision to repurpose the school as an arts centre. Their cause was aided when Artscape took it on and with their backing, the Islanders were successful in saving the building.

In the 15 years since the old Island Public School was converted to an art centre, Artscape Gibraltar Point has hosted thousands of people through artist residencies, long-term studio rentals, musicians at Dale Morningstar's Gas Station recording studio (including Gord Downie and Ron Sexsmith) festivals, and yearly residencies (Sci-Fi writers have met there every year for the last 13 years!) and events.

It's a crucial Toronto art space located in the most serene setting.

Organized by Artscape and its long time collaborators Wavelength, HealingPower Records and 88 Days of Fortune, EXVEE will be a triumphant echo of the venue's past festivals, like Wavelength's ALL CAPS and Vice Island , while sending resounding shock waves toward a bright future for Toronto's beloved art space by the lake.

EXVEE is at Artscape Gibraltar Point on Toronto Island on May 30, from 4pm - 1am. Take the boat to Hanlan's Point or Centre Island, private boat back to the city at the end. $20 tickets can be purchased online at Ticket Fly, and in-person at Rotate This (801 Queen St. W.) and Soundscapes (572 College St.).

Daniel Rotsztain is an artist and writer with a studio at Artscape Gibraltar Point. He also sometimes works there, though this piece reflects his own views and was not commissioned by Artscape.