Many Canadian geeks will know co-director Skot Deeming through his Broken Pencil column Error State. Deeming saw a divided gaming art world, and aims to remedy that through the festival. "For me, Vector is about creating a critical bridge between experimental works in games and connecting it to larger new media art practice. It speaks to digital interdisciplinary, rather than say, the disciplinary siloing that often occurs in the arts. Vector is inclusive, rather than reductive in this way."

Deeming explaines how this year the fest will push for fan and artist integration even more: "Our exhibition To Utilily and Beyond: Interface Experiments in New Media and Game Art speaks well to this, I think. As does our evening of performance (Computer Music{s}), which cuts across a broad spectrum of what 'computer music' can be: electro-acoustic, acousmatic, code driven, hardware driven, etc."

Then there's Daniele Hopkins' and Kyle Duffield's live-action laser game the L.E.A.P. Engine, where players "try to outwit a mysteriously challenging game sentience that has seemingly evolved for one purpose - to put humans in dangerous circumstances." Play it one night only amid craft beer, snacks, prizes and more at Dames Making Games' Killer Interfaces fundraiser party on Friday February 20th. 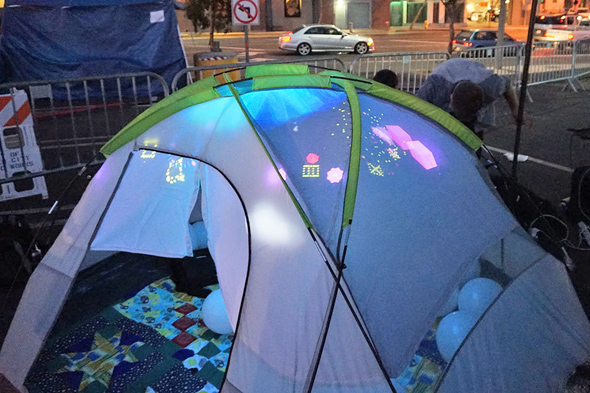 Vector 2015 runs from February 18-22. Many events are free or PWYC. Learn more on their website.