Villa Toronto underwhelms and inspires all at once

Villa Toronto opened last weekend at Union Station, featuring work from 19 local and international galleries. You wouldn't know it at first glance, though. Despite taking up ample space in the Great Hall, the exhibition is visually underwhelming when viewed as a whole. This is unfortunate given how many commuters will experience it, but there are little gems to found for those who slow down, such as Navid Nuur's diminutive neon light installation "Broken Diamond" or the subtle blend of sounds the various audio and video works bring to the atrium. 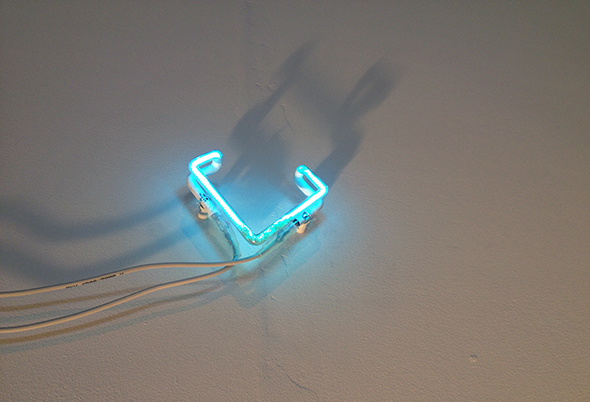 In some sense this dichotomy aptly sums up Villa Toronto's hub: the idea of an art festival at Union Station showed loads of promise, but the execution leaves something to desired. The various installations show little cohesion, and not much thought appears to have been paid to how people will interact with the overall exhibition, much like the type of layout that one sees at the commercial art fairs that organizers have tried to distance themselves from. 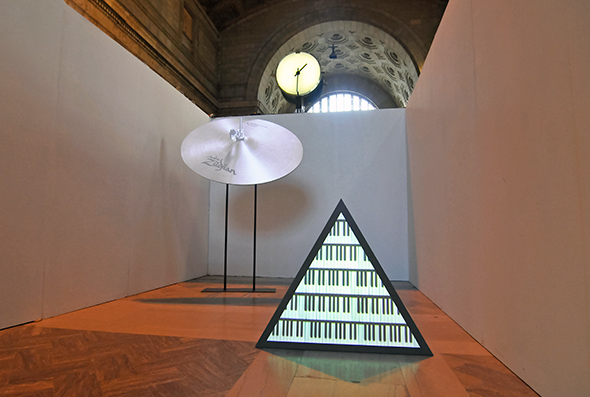 If this sounds overly harsh, it's merely a measure of how exciting it all sounded on paper. And, to be fair, the festival involves far more than just the main exhibition at Union. The off-site performances and screenings are important parts of the Villa concept, and have rallied the city's arts community around a central event, something that it's nice to see isn't merely confined to Art Toronto. 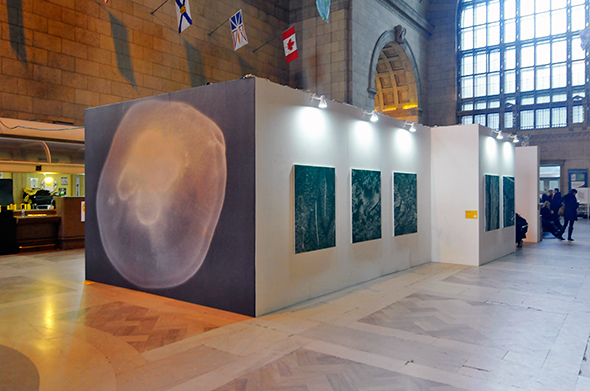 So while there are elements of Villa Toronto that could be improved upon for anyone organizing a similar type of event in the future, the festival is also a sort of gift to the Toronto arts scene. For one, it has us thinking about Union Station in different terms. Given how interesting the exhibition sounded, for instance, why couldn't the Great Hall be used for musical performances on occasion? Not every type of show would work, but it would make for an intriguing venue, to say the least. 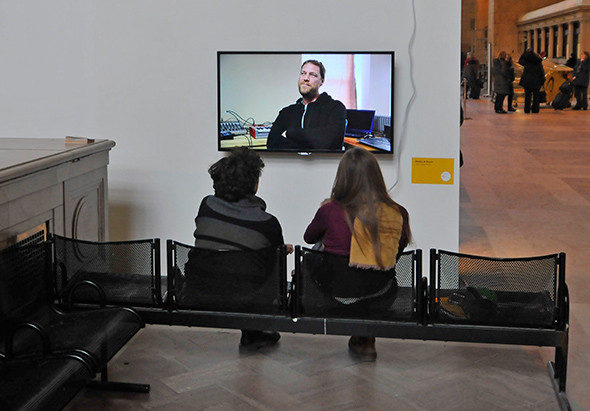 Villa Toronto might also, one hopes, inspire the Toronto arts community to work together more often, to think bigger, and to take itself more seriously when it comes to projects of this scale. It might not always work out exactly as planned, but there's reward in taking these types of risks. Our galleries tend to play it too safe, and perhaps the ultimate legacy the organizers from Raster will have left is the inspiration for our hometown gallerists to think bigger.