The top 5 things to see at Villa Toronto

Villa Toronto is a unique major event for Toronto's arts scene. Over 20 art galleries will take over Union Station next week (January 16-23) for a major contemporary art festival that's previously been held in Tokyo and Reykjavik. Events, exhibitions, and parties will take place on site and at galleries around Toronto in conjunction with the festival. At Villa you'll see the predictable silly art element like this kale-focused exhibit, but from stalls to performances and screenings, most of the programming looks fascinating.

Here's my guide to getting the most out of the eight day festival. 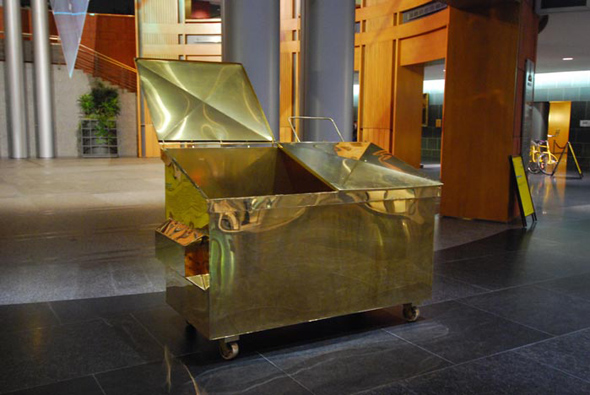 Offsite Exhibitions & Events
The mass of art, screenings, and performances descending on Toronto aren't all landing at Union Station. Galleries and groups participating as venues during Villa Toronto include the AGO, MOCCA, Camera, Scrap Metal, Goethe-Institut, 8-11 in Chinatown, and more. 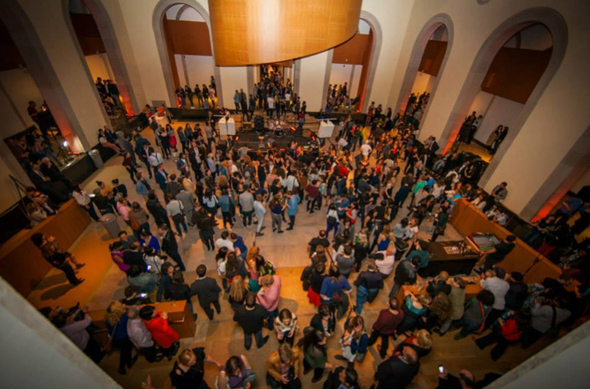 Parties & Talks
The Jan 16 free opening party at the AGO, Ragnar Kjartansson and Dav r Jnson present: An Evening of Misery, is rush entry only now, so arrive very, very early. Tyler Coburn will lead a talk on the "industrialization of online writing" at Union on Jan 21, and foodies can catch Food Panel with Reto Pulfer at the Drake Jan 20. See more talks and launches here.

Screenings
If you missed the party at the AGO, the gallery's open hours might be a better chance to see Edward KrasiĹ ski's Studio, Babette Mangolte's documentary on the Polish avant-garde artist. See it between Jan 16-23. Fans of Michael Snow can see him and a special screening at Drake Underground Jan 21, and stop by Camera for Cozy Magic: Snow and Experiment in Film, six Polish shorts. See more screenings here.

Performances
Fans of performance art will be busy this week: at Union January 18 is Albert Camuss The First Man and W. G. Sebalds' The Rings of Saturn as selected by Iris Hussler, while on January 19 see Christine Atkinson and Laurie Kang's Is 1 hr 1 hr?. Only 10 people at a time can attend Tyler Coburn's I'm that angel readings, but you can pack MOCCA on Jan 23 to see Jon Sasaki stack a tower of bouncy castles. Find more performances here.

Lead photo by Chris Lyn from the blogTO flickr pool, Zeke Moores Gold Dumpster via cafka.org, AGO photo via the AGO