Art Spiegelman brings comic book history to the AGO

Art Spiegelman flew into Toronto late on Wednesday, where he was spontaneously collected at Pearson by random fans before his AGO appearance. The enthusiastic strangers (and maybe Spiegelman's willingness to go along with them) are emblematic of the cult appeal the Pulitzer Prize winning comic artist has earned. Officially opening today at the AGO, Art Spiegelman's CO-MIX: A Retrospective traces the comic artist's career from the raunchy to the devastating. 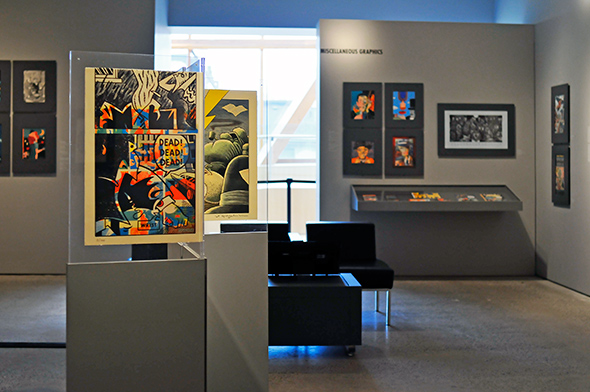 Spiegelman is probably best known for Maus, his heartbreaking two volume rendition of his parents' experiences under the Nazis, first in Poland and eventually at Auschwitz. (If you haven't read Maus, I'd recommend reading it before the show; you'll feel compelled to afterward anyway.) The work was initially serialized in his own magazine, Raw, before becoming the first graphic novel to win a Pulitzer. 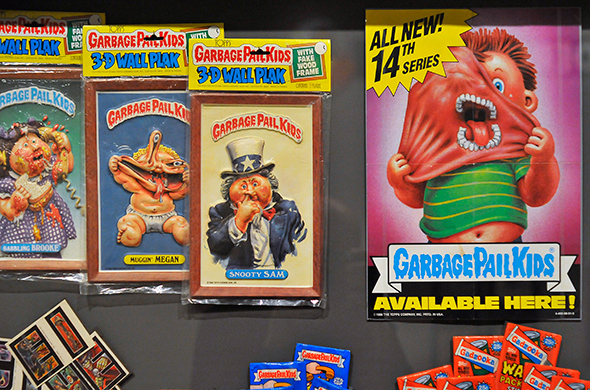 The layout of the show is jarring at first: you're greeted not by this literary work but by Spiegelman's gross-out kitsch Garbage Pail Kids designs and advertisements for Topps Chewing Gum, and an array of NSFW, sexually charged explicit comics from the 70s which make Spiegelman look more like every art school's resident perv than a world renown holocaust storyteller. The juxtaposition is off-putting, but ultimately provides crucial historical background on the world of underground comics at the time. 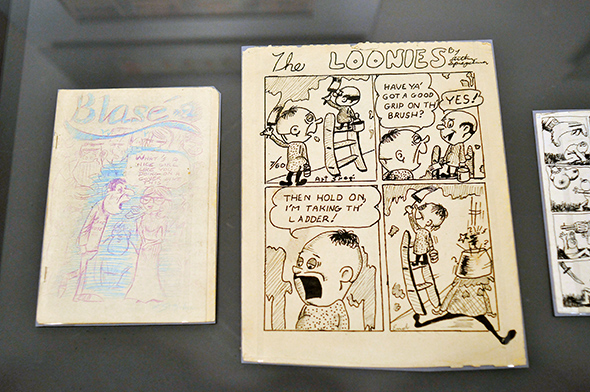 The show takes a serious turn quickly: among Spiegelman's experimental 1970's comics (comix) is Prisoner on the Hell Planet, a 1973 autobiographical story of the artist's mother's suicide. As often happens in the world of comics, macabre themes sit side-by-side with commercial work and humour. Spiegelman's crafty takes on Cubism show up multiple times, and his New Yorker covers and illustrations are given prominence - though it's Maus that overwhelms. 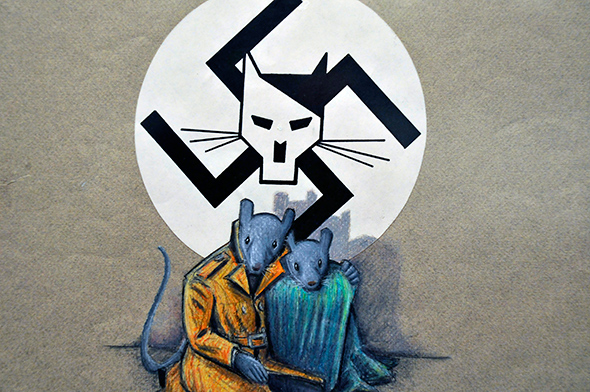 The exhibit devotes a substantial wall space to the printed final pages of Maus Vol 1. It's difficult to read as the columns of pages stretch so high and low, but it's quickly apparent the installation isn't only intended for reading. It stands as a solemn memorial to the profound tragedy the story represents, the sprawling grid imbuing the show with a somber quality like that of a war museum rather than a typical graphic / comic arts exhibit like Vancouver's Krazy. 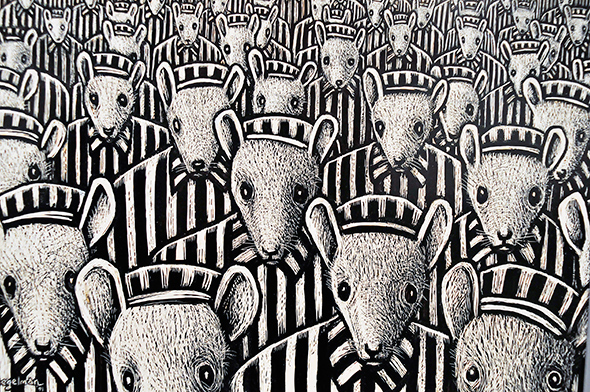 On the adjacent wall, original sketches from the comic hang in a long horizontal series that will fascinate both artists and those curious about (or unaware of) the work that Spiegelman invested in each page: perspective sketches, coloured mock-ups, speech stuck on stickers, white-out patches and eraser marks. Large guache paintings, scratchboard art, and pastel drawings from Maus are also on display. 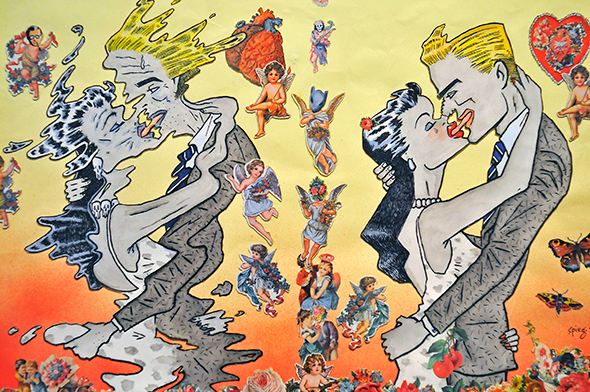 From the psychedelic to the haunting, the show works both as a primer for those new to Spiegelman and as a deeper dive for old fans. The exhibit could stand to have more of a tactile element given the pulp nature of the comic medium, but chooses instead to assume a grown up, fine art attitude that succeeds so long as you're willing to spend time with the show and dig into reading panels. 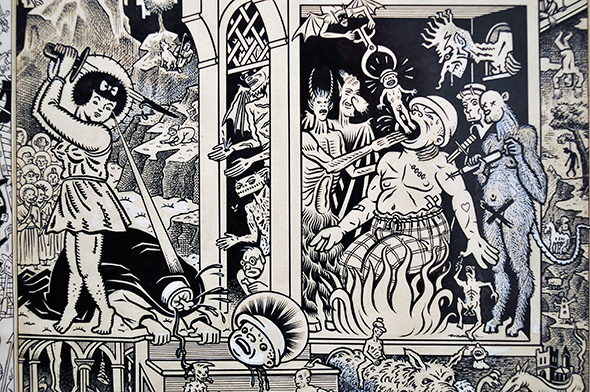 From the beginning of his career, Speigelman was aware of fine art movements and worked, if not in that world, alongside it, and the knowledge shows both in obvious ways like his work with Raw or his Picasso pieces, and in a more subtle, less intentional manner. Speigelman's at his best when he's mixing the tender with the grotesque, and the exhibit follows his lead. 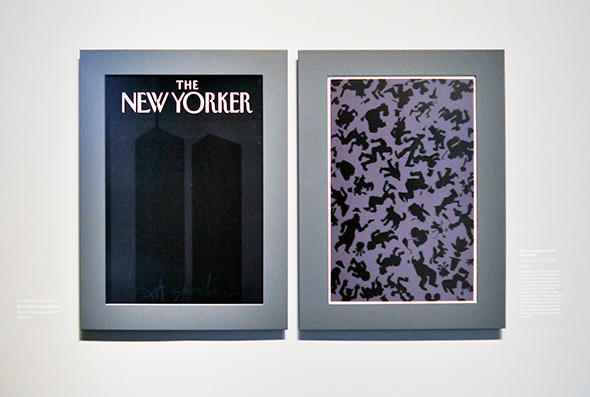 Art Spiegelman's CO-MIX runs at the AGO until March 15, 2015. Tickets are included with general admission.