The AGO goes big with Scott McFarland for Contact

After last year's sweeping portraiture show composed mostly of works from the AGO's permanent collection for the Contact Festival, it's nice to see the gallery turn its focus on a single artist this year. Scott McFarland isn't exactly a household name, but short of Edward Burtynksy, he's about as established as Canadian photographers get. The now Toronto-based artist has works in collections at MOMA, The National Gallery of Canada, and the J. Paul Getty Museum, amongst other institutions. Snow, Shacks, Streets, Shrubs is the largest display of his work to date. 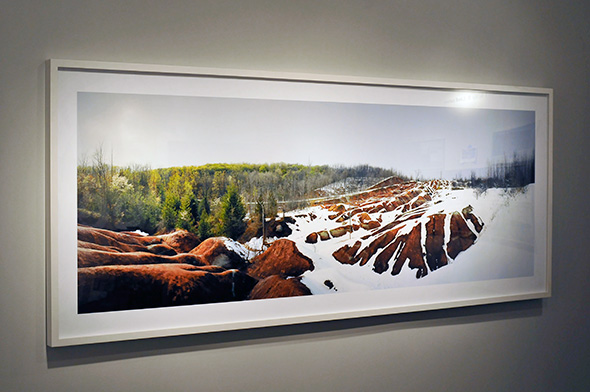 For better or worse, McFarland is a photographer whose reputation is indelibly linked to the digital manipulation he performs on his images, typically large format, hyper-detailed prints that are composed of multiple exposures. If there's a downside to this, it's merely that too much attention is paid to the technical process at the expense of the finished image. Fine art photography long ago embraced the painterly opportunities posed by digital alteration, and one need only think of big names like Andreas Gursky, Gregory Crewdson, or, closer to home, Jeff Wall to get a sense for the degree that the practice has become so standard that it's not really worth writing about on its own. 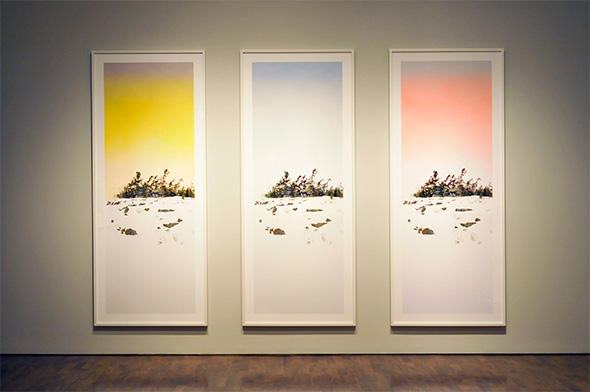 What is worth focusing on with McFarland's work, however, is the size and style. Shooting with a 4x5 camera and blending exposures allows the artist to produce massive prints that retain exquisite detail. Placed within the documentary tradition to which the photographer belongs, there's a sense in which these works are hyperreal, overstepping their bounds as secondary representations of some long lost decisive moment in an effort to draw our eyes towards the highly orchestrated nature of what we tend to take as the real in the first place. 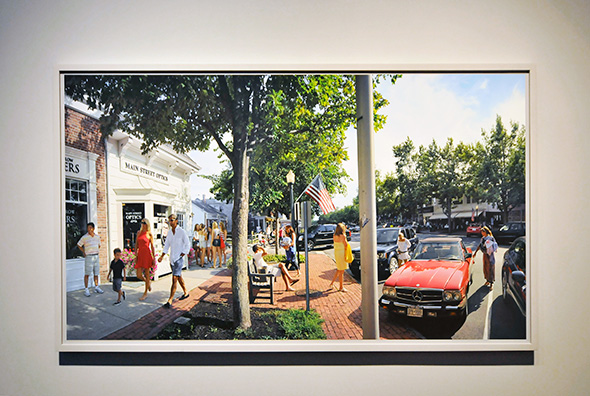 Toward that end, the most intriguing works in this show for me are the ones that take street scenes as their subject matter. Repatriation ceremonies, a municipal ribbon cutting event in Toronto, and a view across Main Street in Southampton (the Main Street of Wall Street, as McFarland likes to note) all provide subtle commentary on the degree to which the representation of a place or an event, its optics as the sign in the above photo would have it, fundamentally shapes our experience and understanding of it.

The photograph isn't merely an aid to memory, something that confirms what we already know, but a filter through which we understand the present. One of the messages these images communicate in their massive size and immaculate detail is that photographic culture has already determined the very events it's often thought merely to report. 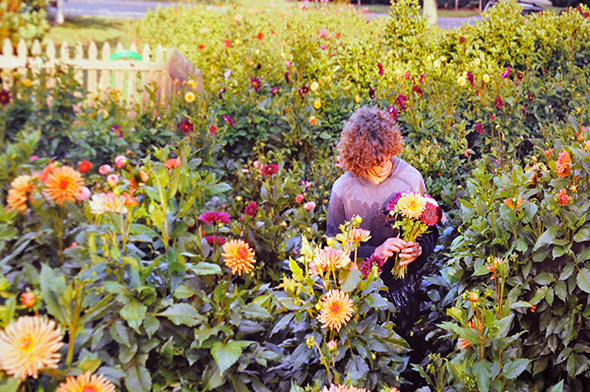 With such an intriguing line of reasoning running through a number of the images on display, I'm surprised that the curation isn't a bit tighter here. In fairness, this is a collection of new works from McFarland and the show is thus not framed by a particular theme (something the title gives away immediately). Yet, placing some of this exhibit's so-called "shrub" photos within the narrative established by the street scenes is a touch jarring. While these refer back to McFarland's earlier work on gardens in British Columbia, they seem at least somewhat out of place beside the more dynamic works.