It all started at the age of thirteen when he picked up a can of spray paint for the first time. Over the years, one of Toronto's most recognizable (art wise) street artists honed his skills and eventually ended up painting his first face on a wall in Australia.

Today if you keep your head on a swivel, you can't get far without catching one of his faces staring you down. Stylistically straddling the line between swift graffiti bomb style and minimal, modern art, there's an interactive element to Anser's work where one can witness their progression over time, from a simple outline to a colourful face filled in with emotive characteristics. Last year he was invited to be a part of the AGO's Merge, but he has his first solo exhibit in years coming to the west side of Toronto.

Here are 5 things to know about Toronto street artist Anser. 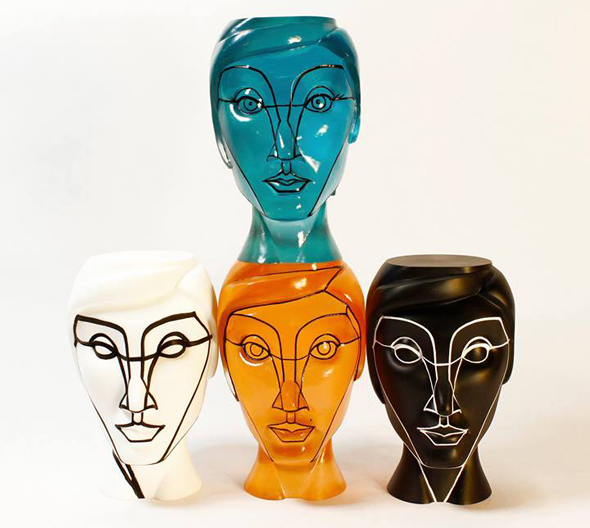 This solo show is a rare event
Although the walls in this city sometimes feel like an ongoing Anser show, in reality he hasn't had an official major exhibition in six years. This mysterious silence comes to an end tonight at Hashtag Gallery for an event dubbed "Crowded Kingdom". The show runs until March 9th. Anser's collaborate with Toronto-based Big Trubble to create 30 original sculptures made of resin that have been hand painted with the signature Anser lines. 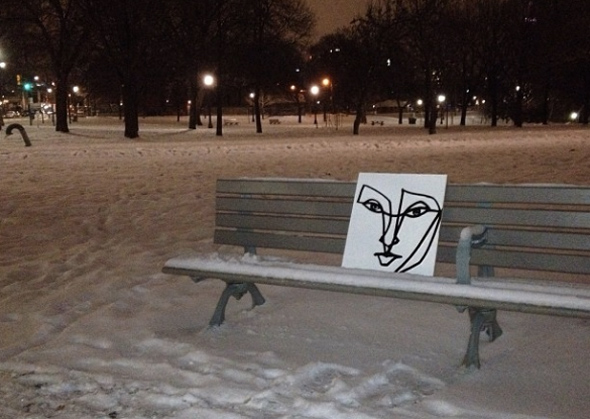 A giving spirit
For those of you who already follow his Instagram, you probably caught wind of Anser leaving gifts for strangers scattered around the city during the holiday season. Usually appearing in the late night or early hours of the morning, some people were lucky enough to stumble across canvases left on random benches, stuffed into the arms of a snowman or leaned up against buildings. Chances are this will happen again sometime soon, so follow his account and you might just happen to be around the corner from his next random drop zone.

Affordable art Fridays
If the potential of stumbling across free art isn't enough of a reason to follow Anser's Instagram, it also caters to those with a modest amount of money. Every Friday he posts an image of a new piece that usually goes for $100 - $300 and comes on a variety of different mediums, from thick textured paper, to marker on canvas, all the way to random pieces of wood. If you miss out on both the gifts and the affordable art, there are sure to be plenty of pieces available at his exhibit. The time to jump on is now, as his notoriety will only be rising.

He's toyed with fashion
Not long ago Anser partnered up with local street art friendly clothing line Echkart Soul for an exclusive limited run of t-shirts, which quickly sold out. Anser donated some art pieces to bundle with the products and some lucky buyers were randomly selected to receive. Although this round is no longer available, rumour has it that the collaboration might be revived for a 2nd run - time will tell. 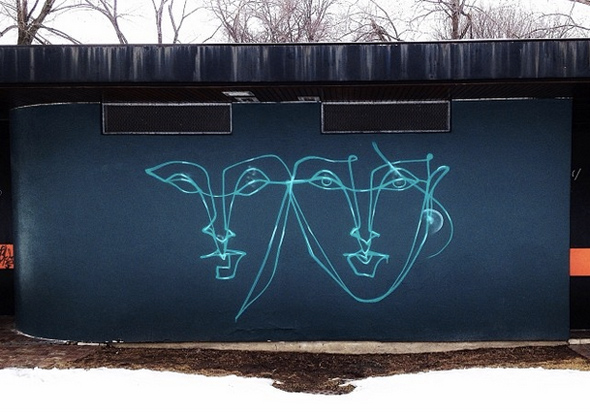 Three hints
Part of the enjoyment of street art stems from curiosity surrounding the artist's identity. Chances are you'll never see Anser's own face, but in preparing this article I was left a series of clues hinting at his history and influences. His favourite artist is Egon Schiele (one of Gustav Klimt's protĂŠgĂŠs) known for his intense portrait style during his short but illustrious career (he died in 1918 from Spanish Flu). Not so surprisingly, Anser's favourite movie is rotoscope animation Waking Life, which examines the deep philosophical complexities of dreams, consciousness, and existentialism. Lastly, although his gifted pieces have popped up in Trinity Bellwoods, his favourite park is actually High Park.