The Theatre Centre is another charming heritage conversion soon to open on West Queen West. The property used to be home to book lovers as the Queen and Lisgar Carnegie library (and a Canada Post office), but now 1115 Queen St. West will attract patrons of the arts and stage.

In what will soon be its upstairs theatre (the building will be home to two), construction is still far from complete. There are exposed beams that never meant to be exposed. There are plaster walls not quite built. But all of this will be covered up in time, the seats will go in, and, if the neighbourhood's character is any indication, they will fill up. 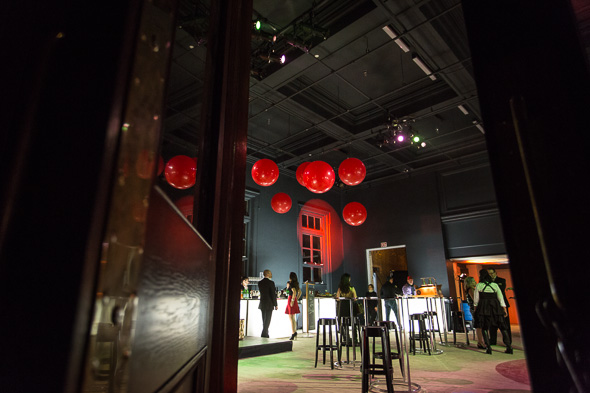 The Theatre Centre has been around since 1979, and over that period it has occupied 10 different homes only accessible to them because of poor location or structural issues. That's why it decided to embark on the fundraising venture to restore the old library. Now, the walls of its upstairs theatre are painted a sultry charcoal grey, accented with crystal chandaliers that somehow strike a balance between austere and playful. Two months before the Theatre Centre's doors are to open to the public, a party is held in honour of the new arts centre.

Alongside the theatre, the space will feature a hybrid café/wine-bar. The café will be run by I & J Ideations, meaning the creations served within is sure to be unique, at the very least. The future tenants have a table set up at the party where they conjure consumable clouds. I chose a lemon cloud and it was just to die. It will feature a green roof open to the public, too, as well as providing other public space for artists to meet. 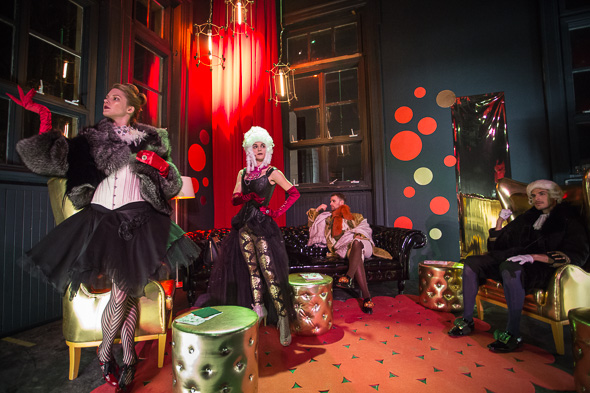 The restoration project cost $6.2-million, which was financed by a donation from the city of $1-million, alongside an Indigogo campaign and private donors. Originally commissioned by American philanthropist and supposed "richest man in the world" Andrew Carnegie in 1909, and rebuilt in the 1960s, the space housed the Parkdale branch of Toronto Public Health up until now. But you can tell it was once a library, or a close cousin of one. The ceilings soar, the energy is quiet even amongst the madness of a Saturday night celebration. By mid-March, it will feature the theatre space, café and rooftop area, alongside gallery space and office space. 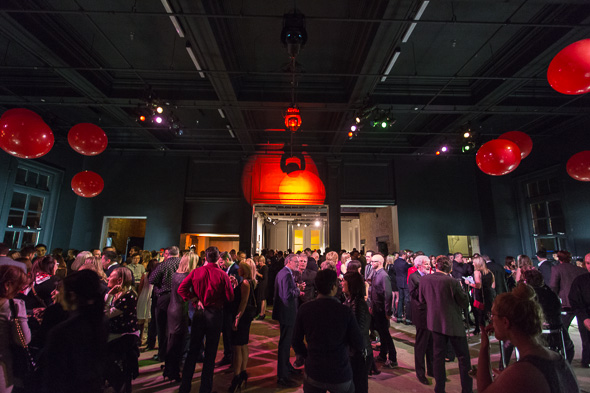 At the "informal ball" thrown to celebrate the centre's near-opening, people are looking glittery and drunk and happy. Largely made up of donors, it's clear the group is proud of the project. They munch snacks from Parts & Labour, blowfish, Sublime Catering and Via Allegro, amongst others. The fancy creatures enjoyed wine got generally turnt in the classiest of ways, until the venerable RoFo made an appearance. 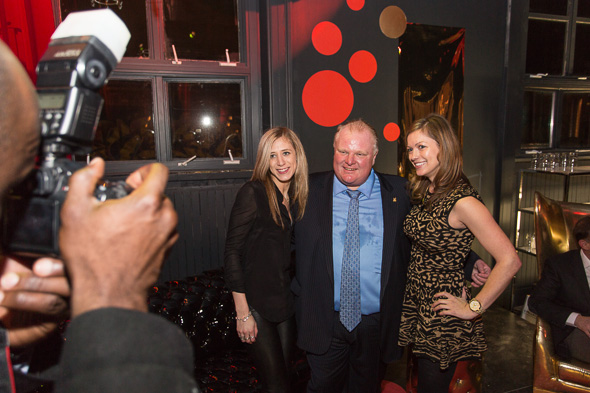 The space promises to be both inviting and, dare I say, even a little dazzling when it's finished. But the part I respect most is that it actually seems committed to upholding the artistic integrity and tradition of community involvement and spirit in Parkdale. Stay tuned for good things come March.