Monsters surface on the streets of Toronto

Aiden Glynn, a Toronto street artist who shepherds the city's monsters (don't worry - these monsters are pretty friendly looking) has unleashed his colourful troops on the city again, this time mainly commanding a confined attack on Liberty Village. No word yet on if the strange new tenants who've popped up everywhere from playgrounds to mailboxes to sanctioned public art installations have affected the property values of the neighbourhood's skidillion condos, but we're thinking they just went up. Cultural capital, right?

Glynn, who says he only strikes when inspired (no requests!), echews the traditional mediums of spray cans or stickers, instead using styrofoam eyeballs and colourful objects to create cartoon faces in varying emotional states, from surprise (I haven't been in this neighbourhood in years - what happened???) to - well, I'm not sure what that mustached dude on the Olaf Breuning art installation is thinking, and I'm not sure I want to.

Here are some of Glynn's newest special friends, who you just might meet if you hurry. Tip: the last monster (below) was lurking at Queen and Bathurst. 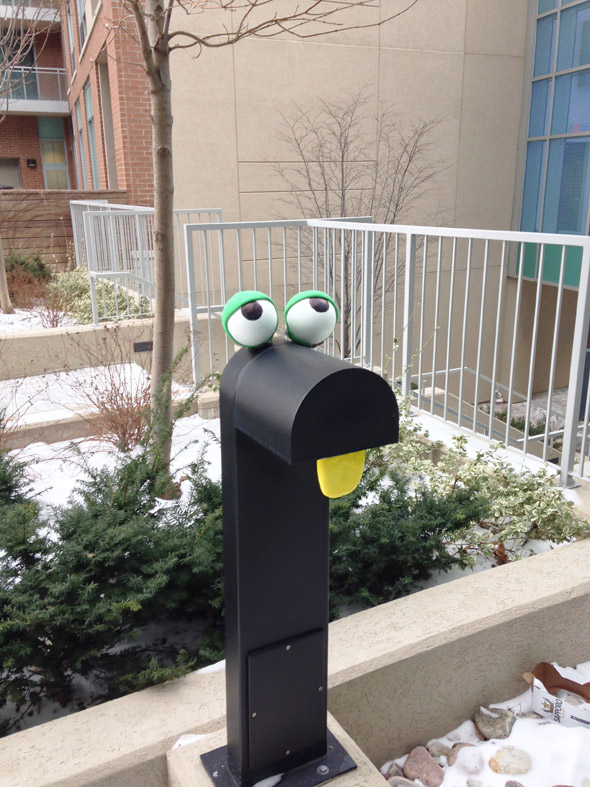 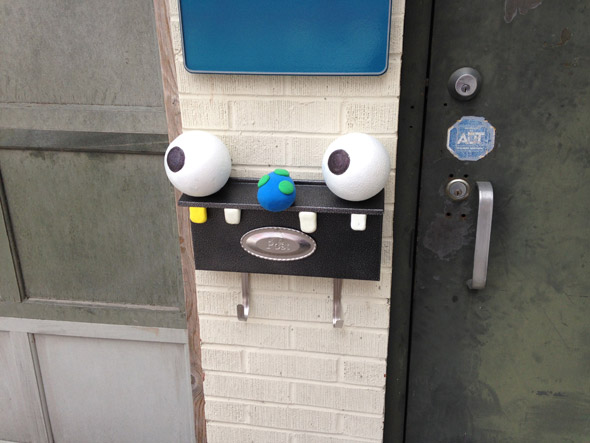 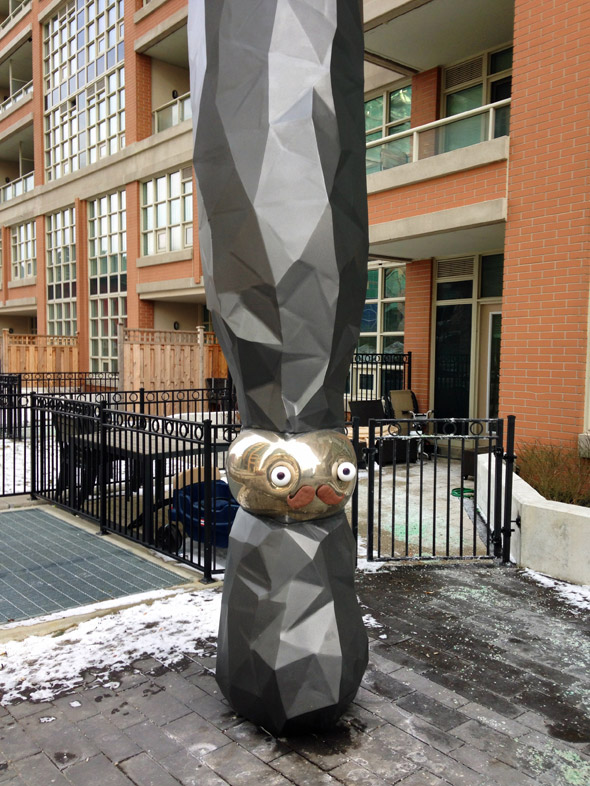 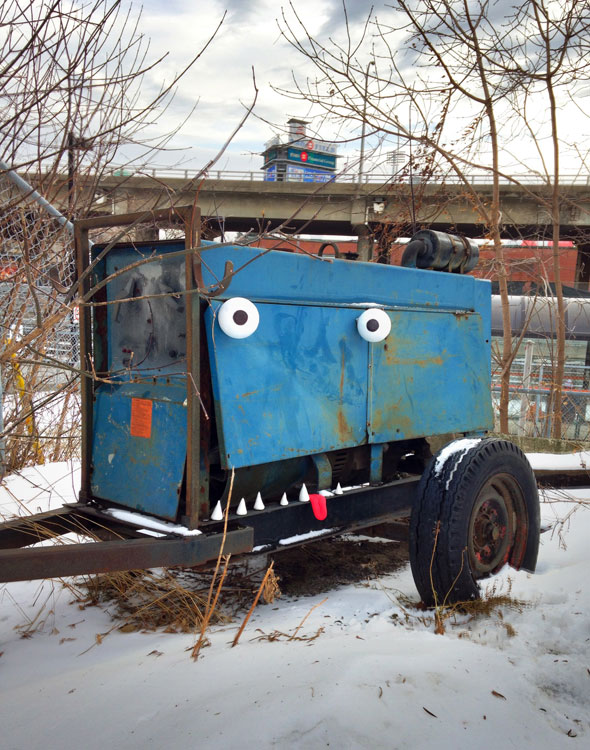 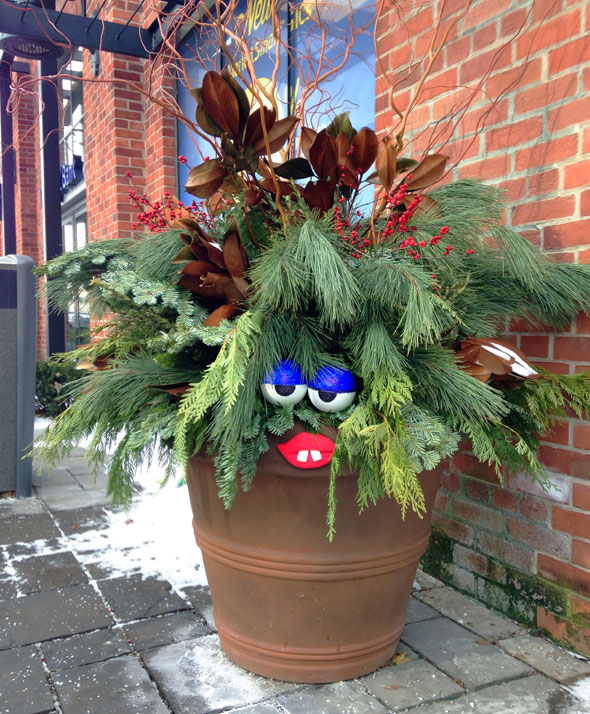 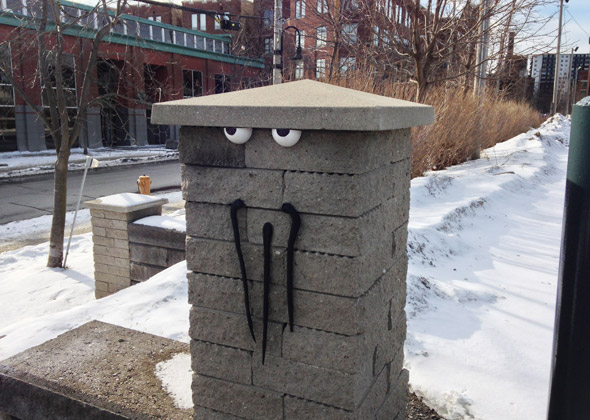 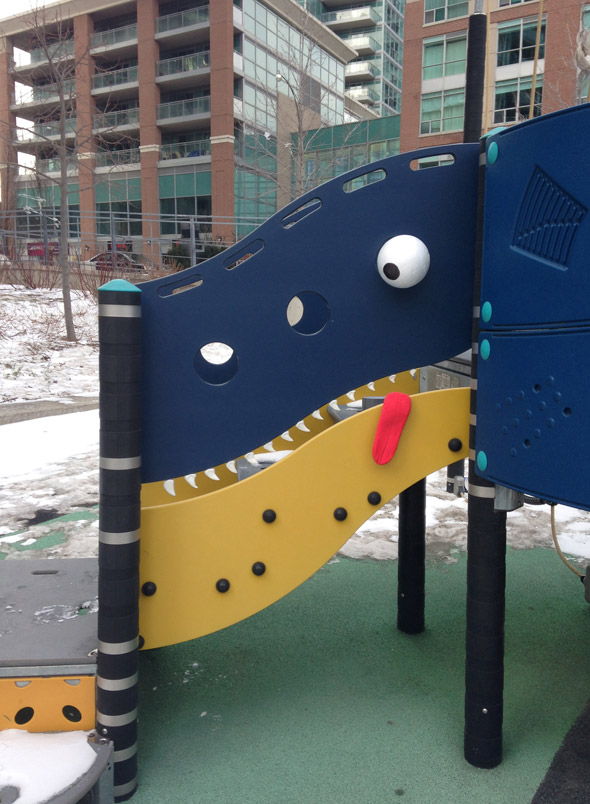 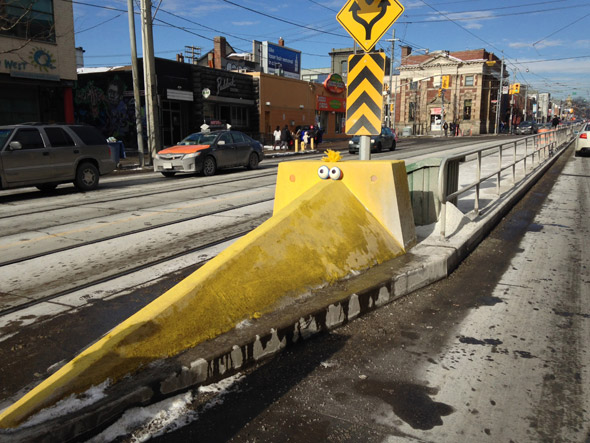