A new mural on Bathurst Street between Davenport and St. Clair has caused a stir just as the artists put the finishing touches on the project. As part of Toronto's new and putatively improved graffiti abatement strategy, municipally sponsored murals have been popping up around the city in recent months, and this colourful, cartoonish project by two Brooklyn artists collectively known as Faile received $23,000 from the city, which itself has defenders of local street artists up in arms.

The objection, of course, is that the city should be directing its funds toward Toronto-based talent. There's certainly an argument here, but there are also plenty of reasons one can think of to invite international artists to paint here, from cachet value to encouraging other cities to commission Toronto artists to do work abroad. 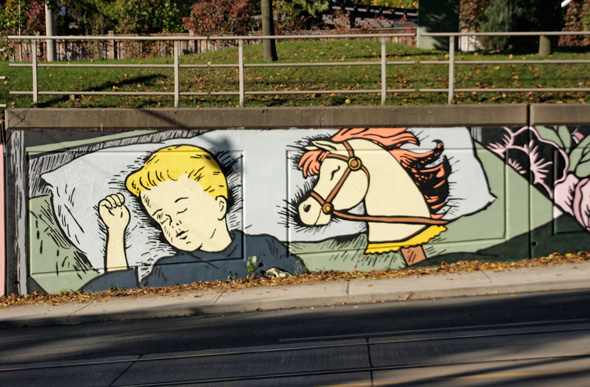 The drama really started earlier this week when the National Post columnist Peter Kuitenbrouwer attempted to interview the artists behind the new mural, only to find himself speaking to other, non-commissioned American painters and a Danish intern â Faile themselves were apparently too busy to make the trip up to Toronto. Kuitenbrouwer tells me that the controversy has negatively affected these substitute painters since the story broke, as the've had to deal with a mild backlash as they try to finish painting Faile's designs.

I'm not sure there's much to get up in arms about (except perhaps the unpaid intern) since technically the city still commissioned Faile, the artists in turn paid for painters to come to Toronto to complete the mural, and the expansive design is still their original work. While it might have been nice to see the artists make the trip, contracting out the legwork on projects is common practice in the contemporary art world. Ever seen a Sol LeWitt show or viewed a Gregory Crewdson photograph? These artists act more as directors, which is basically what's going on here. 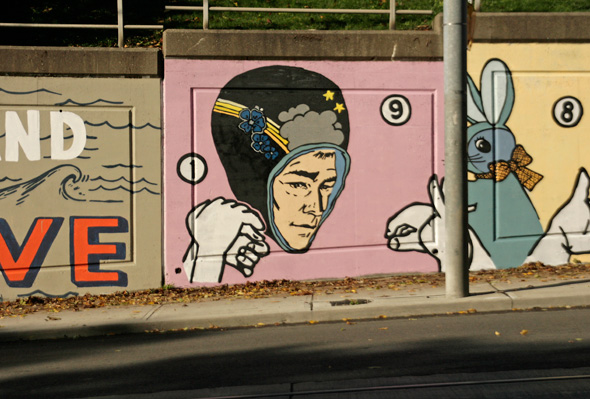 It also helps that the mural has made for a striking improvement to the formerly graffiti-clean-up scarred concrete wall of this heavily trafficked corridor. The idea behind murals like this is that vandals will be less prone to tag another artist's work. Perhaps the degree to which this project has beautified the street is all that really matters.

Weigh in with your comments below. 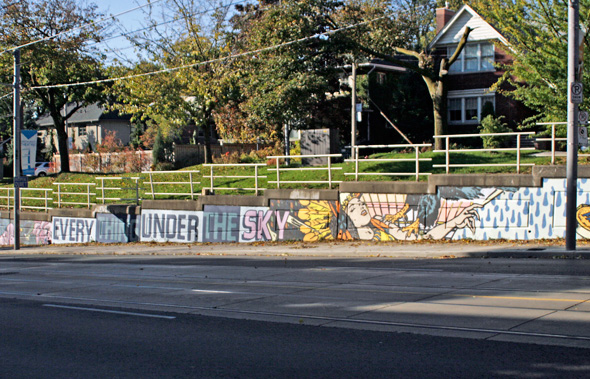 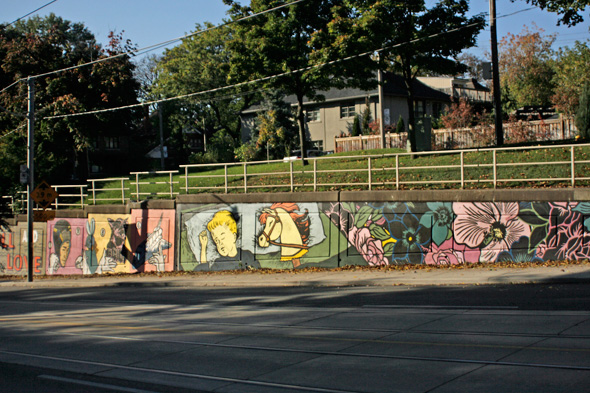 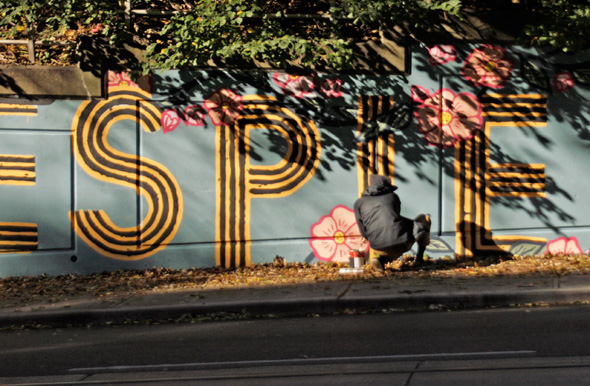