Have you seen these monsters on Toronto streets?

Aiden Glynn sees monsters everywhere. They're lurking in doorways, peering out of alleys, and tucked low in the undergrowth with a toothy grin and a floppy tongue. Now, thanks to a set of homemade facial features, the crazy menagerie is available to you too.

The goofy monsters first appeared on Toronto's streets a couple of years ago when Glynn, an animator on cartoons like Sidekick, Scaredy Squirrel, Handy Manny, and Ruby Gloom, started attaching faces to garbage cans, dumpsters, and concrete slabs on a whim, then documenting the results online.

"Because I'm an animator I see things that aren't necessarily there," he says. "I look at a park bench and I'm like, 'that's kind of funny, it looks like a nose or a mouth or something.' It has to come to me, I just have to see an object and if it looks funny or I see something in it, I'll do something with it." 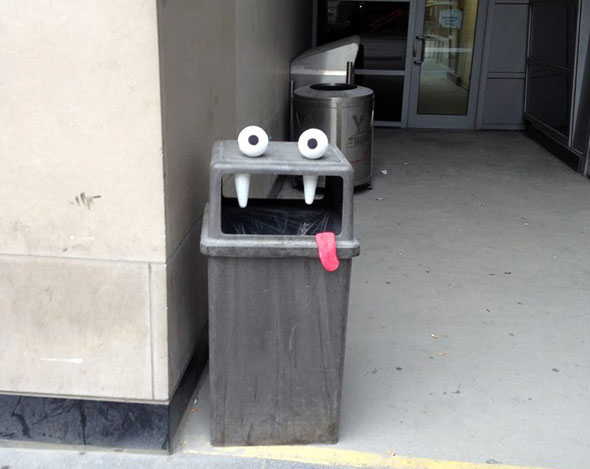 The idea started when the animator posted a series of pictures that had been digitally altered to include cartoon faces - tired eyes on chimneys, nervous expressions on concrete slabs, that sort of thing.

"People on the Internet were like: 'It's not street art if you don't actually do it.' So I was like, 'OK.' I went out and got some styrofoam eyeballs and stuff, I made some teeth and started gluing them on to things, and people liked it."

This week Glynn started dedicating more time to the project, creating "six or seven" new creatures, one of which briefly devoured trash in a doorway outside the Air Canada Centre. 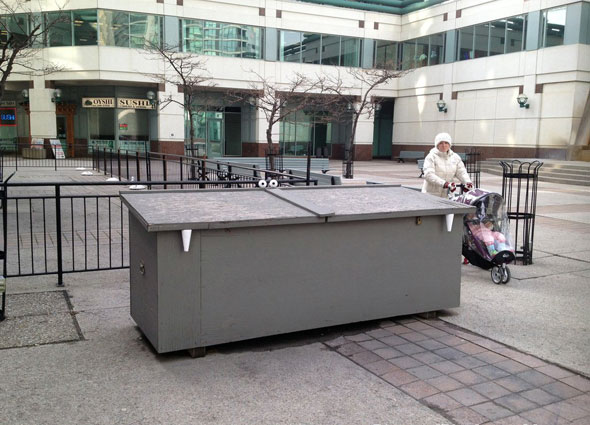 The eyes, teeth, tongues, and moustaches occasionally stay in place unless there's a chance they will be damaged or stolen. It's not clear how property owners will react to their furniture being animated, either. "It's kind of like vandalism so I try to keep it as low key as possible, I try to be sneaky about it," he laughs.

As for the prospect of creating more beasties, Glynn doesn't have any specific plans. "Whenever the inspiration hits me I'll just do one, and if it's funny I'll do more." 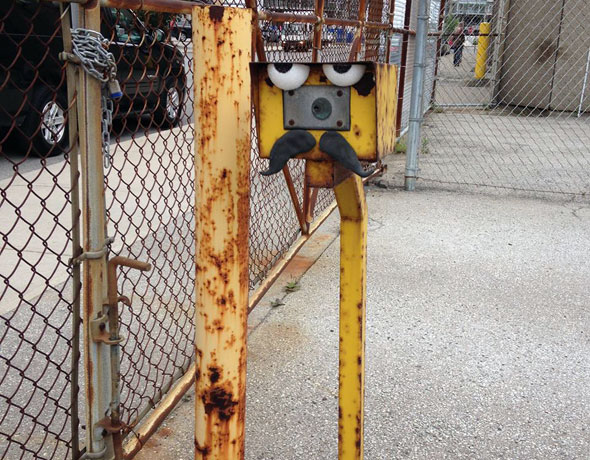 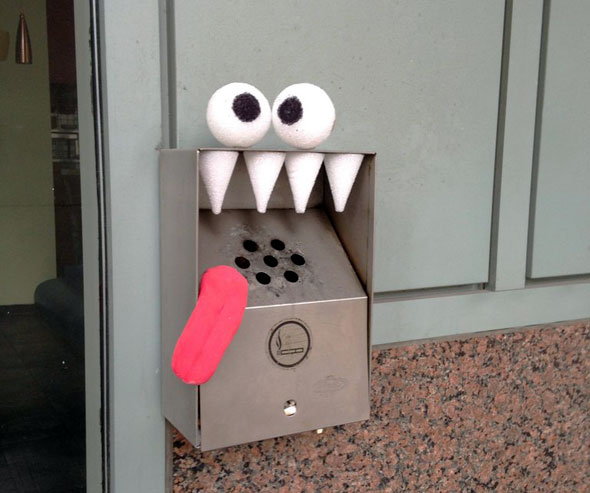 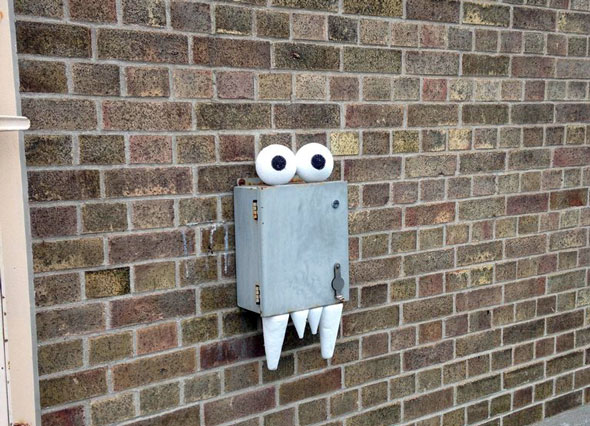 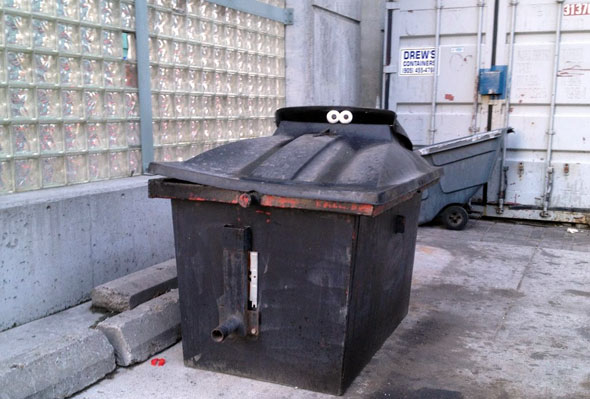 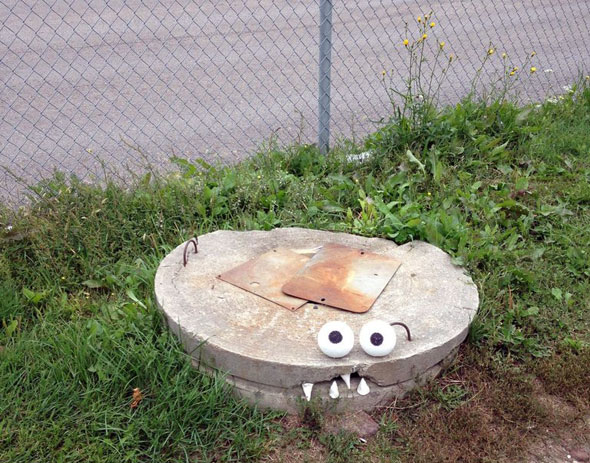