Walmart has landed in Kensington â in a manner of speaking. A parodic version of the giant box store retailer was installed at local gallery Videofag over the weekend as part of the ongoing conversation regarding the company's interest in a site on Bathurst Street just north of Nassau. Taking aim at both the clinical aesthetics of box stores and the ubiquity of the pop-up trend, the installation served as an occasion to underscore the scale of difference between local market retailers and the homogeneity of mega chains.

"Hey everyone, Wal-Mart and Videofag have teamed up to open a pop-up superstore right in the heart of Kensington Market! We're so excited to present you with a selection of low priced toiletries and canned food items at prices that will outstrip all of our neighbourhood vendors!"

It wasn't that hard to tell where curators Jordan Tannahill and William Ellis's sympathies lay. With stark white walls, a sparsely "merchandized" space, and a video loop of Walmart aisles taken covertly from a shopping cart, the gallery was the very picture of retail banality. While the formal techniques employed to achieve this effect are basic as can be, the exhibit still drew into focus the degree to which low prices come at, well, a price.

That might not be a terribly profound lesson, but given the gallery's location, the number of stares the Walmart signage produced, and the contrast achieved between this fictitious retail space and its neighbours, it still hit the point home. 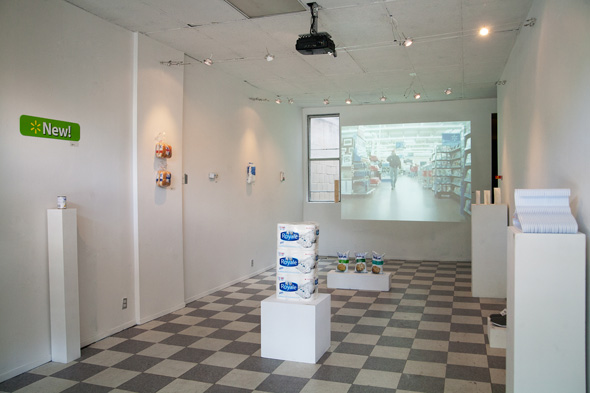 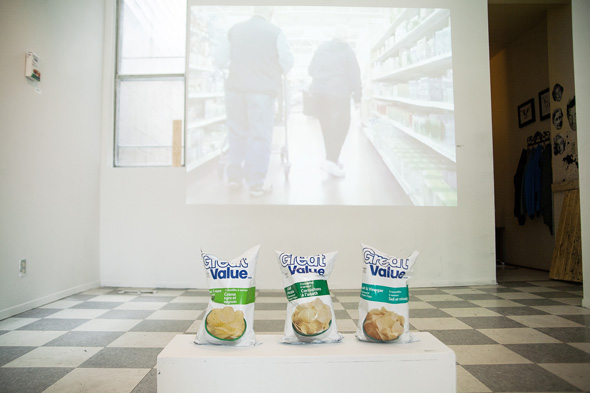 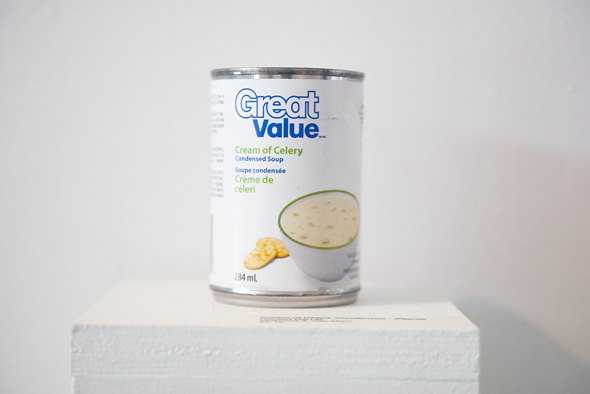 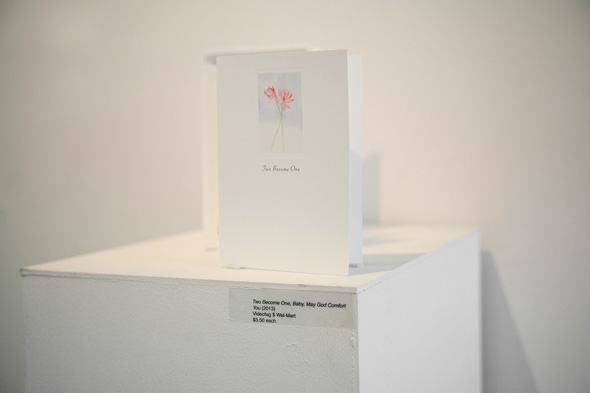 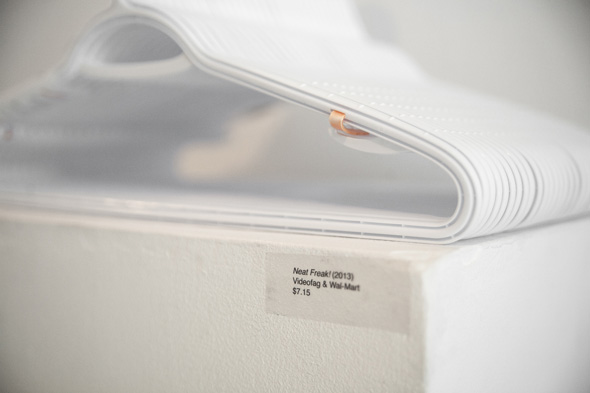 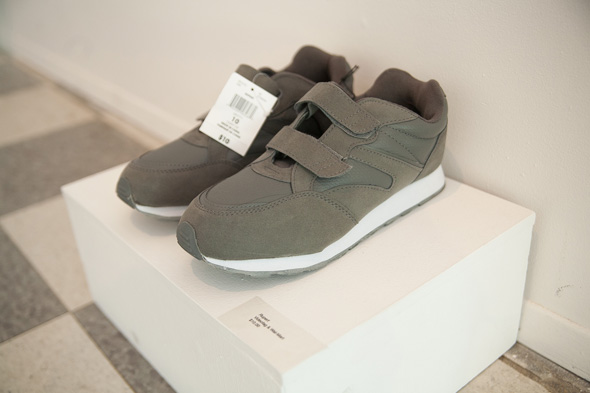 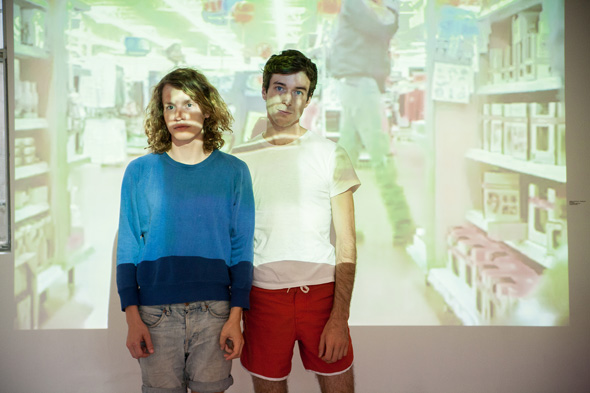