Sixpenny joins the old and industrial to make beauty

Sixpenny Joinery is the brainchild of Aaron McGill and Regan Brunette, who combine their respective loves for all things vintage and woodwork to form beautiful, rustic creations. The offspring of this marriage include shelving and displays made from gas piping and reclaimed wood featured in some of Toronto's newest and loveliest independent shops. 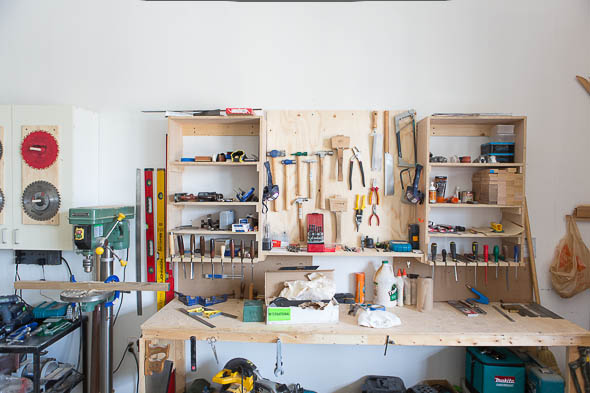 I drop in for a hangout in their sunny Junction workspace on an early weekday morning. Though they're not romantically involved by any means, the story of how they came to be partners in business is reminiscent of the meeting of two lovers. They met in art school at Mount Allison University, a small liberal arts school in Sackville, New Brunswick. After that, McGill went to work in vintage retail in Vancouver.

"I started falling in love with everything old," he tells me. Brunette, on the other hand, always loved working with wood, and he was in the windows and doors business for about 10 years before Sixpenny. The two were meandering along Toronto streets one day after they both moved back to the city, and tossing around the idea of opening a business over a coffee. They decided it was time, and landed in the Junction warehouse last summer. The old factory space at 100-130 Cawthra also houses Junction Craft Brewing and Philip Sparks. 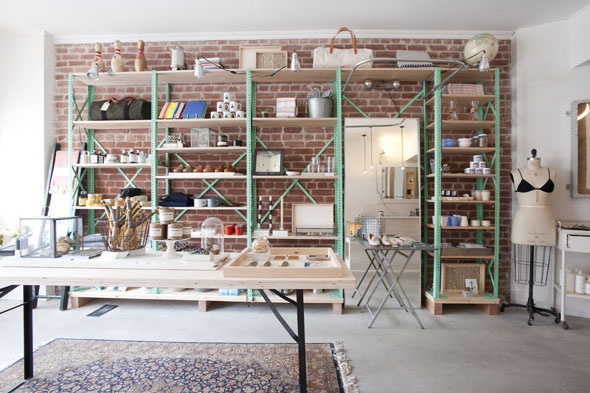 So far, their clients include shops like Easy Tiger,Likely General and North Standard. For Easy Tiger, they built the facade of the storefront, the front door, and the lovely mint green shelving inside. North Standard's sales desk, changing rooms, front door and clothing racks were all crafted by Sixpenny Joinery, too. 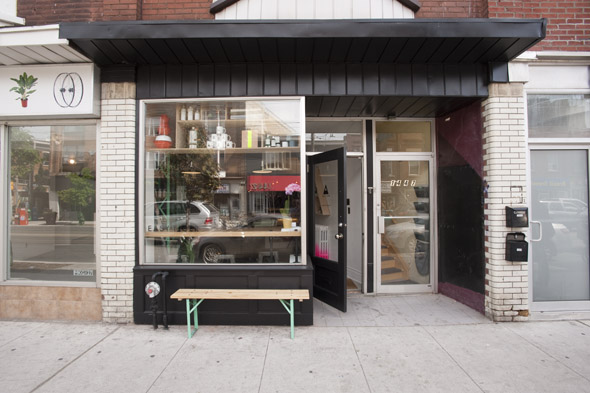 What's special about Sixpenny is that they're bringing back local, small-scale, approachable business. They say their work is cathartic in a way, especially when they strip down old pieces to refurbish them and make them new again. "It's like you're connecting with somebody who's been dead for 80 years," Brunette says. "Woodworking is a timeless thing. We have machines they didn't have, but the principles are the same." 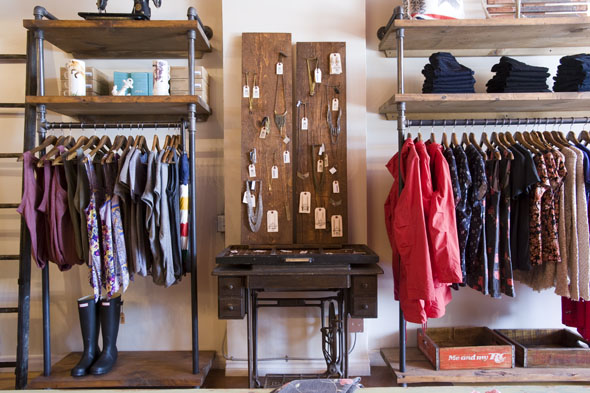 All of Brunette and McGill's creations are totally custom designed and crafted, and they work on pieces for both business and residential purposes. They make everything from fashionable shelving units made of gas pipe and reclaimed wood to refurbished doors and staircases made out of logs and aluminum-edged boards, with a preference for salvaged and reclaimed pieces. They made a huge display unit for Slavin Raphael out of salvaged aluminum from an old barn, wood they treated to have an antique effect, and gas piping. It's fitting that their workshop is in the Junction, because they're actually surrounded by the kinds of materials they use—ancient bits of metal and rickety old pallets are just lying around, waiting for a new home. 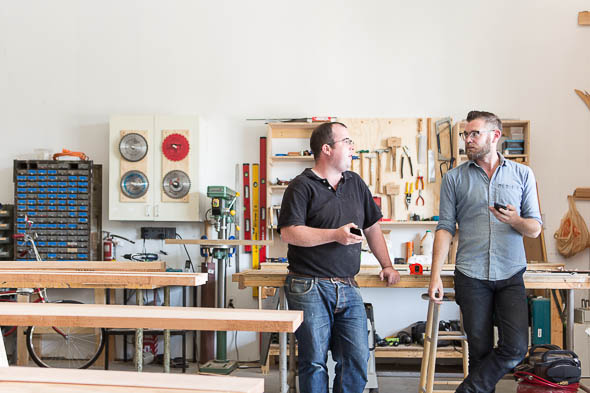 While their first major gas piping project was inspired by a photo found by Pamela Hopson, the owner of North Standard, McGill has actually always used it in his home to make racks for toilet paper and towels. "Toronto itself is just so industrial, so different from Vancouver," he says. They can build just about anything if it's made out of wood, and they say one of their favourite parts about the operation they've got going is collaboration with other creatives. Anyone they work with is welcome to come into the shop and get involved with the process. 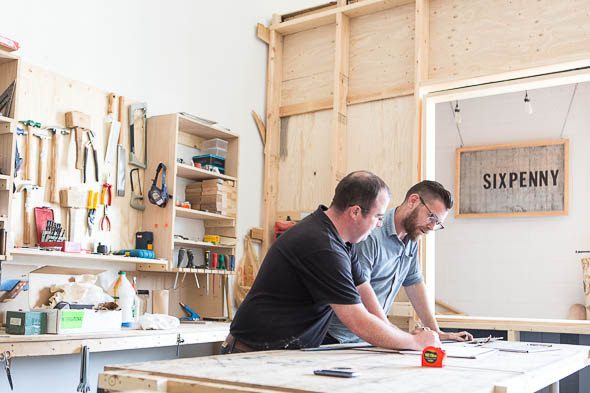 It turns out everything they do is authentic, right down to their name. As an afterthought, I ask them about it on my way out. "It took months and months of debate," McGill says. As it turns out, it used to cost six pence for a pound of nails, and six penny nails were most commonly used for doors and windows. These guys are not screwing around. If you need something—anything— made out of wood, you might want to think about taking a trek to the Junction.

Photos 3, 4, and 5 by Morris Lum. All other shots by Andrew Williamson.