On Thursday night, over 1,500 guests braved the rain for Power Ball, the Power Plant's annual gala fundraiser. This year's theme was 15 Minutes of Fame, and the usual crowd of Bay Streeters, glitzy media types, and bright young things jumped at their big chance for fashion blog infamy.

SEE ALL THE PHOTOS FROM THE EVENT HERE

The Power Plant is major point of Toronto pride: a world-class art gallery that offers ambitious exhibits, art talks, and public tours, all completely free of charge. But, as usual, art hit the sidelines for the evening, and the Power Ball focused instead on giving its well-heeled crowd a chance to let loose.

This was my very first time attending the Power Ball, and I left it having learned several important lessons: 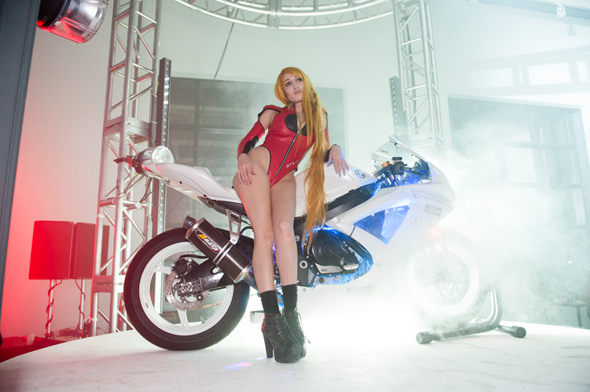 Just because it's a fundraiser for an art gallery doesn't mean it won't have a lot of the same tacky crap as any other gala.

I feel uneasy about criticizing a very worthwhile fundraiser for some of its kitschier aspects. Ice sculptures are pretty par for the course when it comes to gala events, and the massive corporate presence is necessary to fund a night this ambitious. But was the motorcycle spotlight (and the motorcycle-straddling model) really necessary? 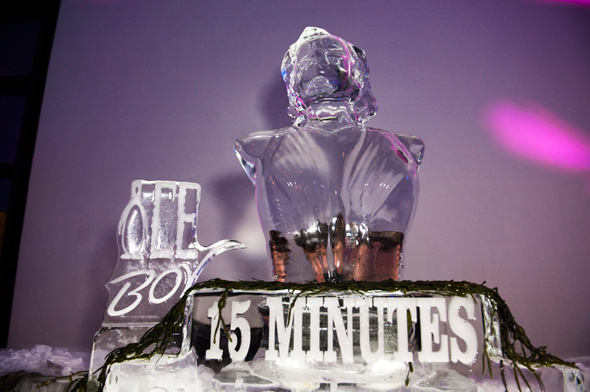 It is possible to get your money's worth.

With full-size bars pouring speciality cocktails lining every wall of the gallery, the event's $165 price tag stopped seeming quite so exorbitant. Eventually I switched to beer to avoid the lengthy prep times, but the few drinks I sampled were delicious, and seriously refreshing in an increasingly smoke and sweat-filled atmosphere.

Finding the food within the swarms of spontaneous Instagram photoshoots may have been a challenge, but there were some great eats on offer. The Power Ball has a somewhat bizarre fascination with meat, and last year's event featured an entire bison roasted on a spit. Things were slightly tamer this time around, with the de rigueur pulled-pork sandwiches being circulated, as well as sushi and poutine. 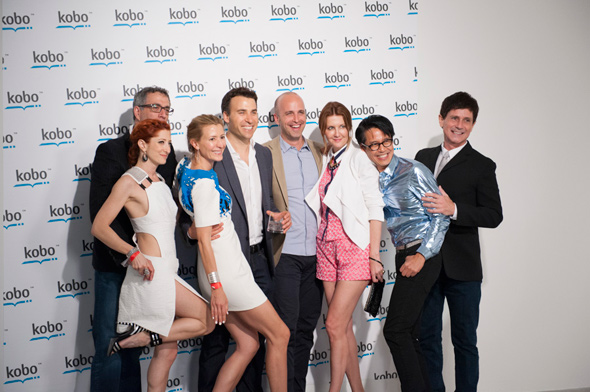 People will wait longer in line to have their picture taken than they will for free alcohol.

In yet another genius marketing move, Kobo set up a branded photo backdrop to make sure their logo got prime placement in the next morning's profile pic updates. To help party goers properly preen before their big photo op, the walls were also lined with mirrors and shelving. No surprises, this spot was occupied all night. 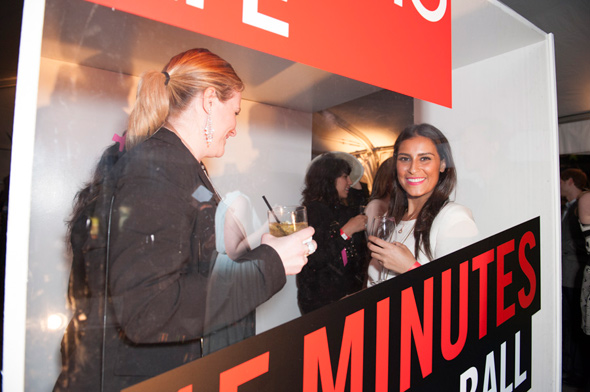 Zeesy Powers is a great judge of character.

Art may have taken a backseat to corporate sponsors for the evening, but a tucked away in a small room near the entrance a small bastion of creativity remained. Interdisciplinary artist Zeesy Powers held another incarnation of her I Will Tell You Exactly What I Think Of You performance, an exercise that delivers on its promise. Attendees volunteered to hear Power's often painfully blunt first impressions of them, all the while a tight closeup of their faces was projected onto an overhead wall. When I stepped up, Zeesy pretty astutely guessed that I hadn't paid for my ticket, I hadn't set a drink limit for the evening, and that I was a very respectful person. 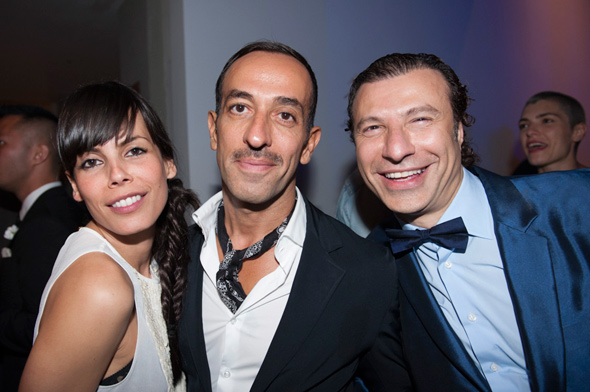 The sushi might run out, but staying late is key.

When I left around 11:30, the night's mood was still feeling somewhere between a company Christmas party and a middle school dance. This was clearly a mistake, as it seems all the fun stuff happened after midnight. While Love Inc. and generic techno kept the crowds firmly in schmooze mode early on, I've since located several reports of dancing. I also totally missed Jesse, the naked party guest whose confident smile, among other things, was re-tweeted into the early hours. Her (fantastic) excuse? "I just didn't have anything to wear, and I'm only staying for 15 minutes."