On Saturday night, artistic hotbed 163 Sterling played host to the launch of the Commonwealth, a new collective founded by Go Home Print, Marishka Anne, and Kelsey Stasiak. Banding together over 25 of the city's independent artists, zine creators, and small presses, Saturday night's event was only the first of an upcoming series of curated events to promote Toronto's DIY scene. The turnout was great. Things got real sweaty.

Here are ten of my favourite artists, publications and DIY creators from Commonwealth's inaugural edition.

Fake Injury Party
After graduating from the Sheridan Illustration program, Derrick Guerin, Scott Leeming, and Paul Tjepkema came together to found the Fake Injury Party collective, and have since produced the fabulously titled MAWHORGHAN FAHREEMAN and How the West Was Won't. If you missed Saturday night's sale, copies can also be picked up at the Beguiling. 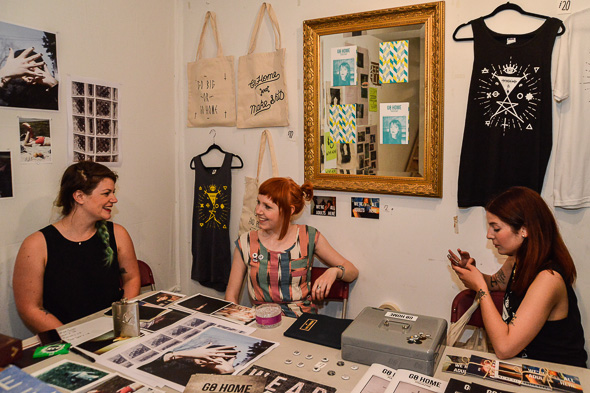 Go Home Magazine
Go Home Magazine is the crown jewel of Go Home Print: a beautiful quarterly publication that features art, photography, illustration, interviews, creative writing, and all manner of artistic ephemera from contributors around the world. The summer issue's theme is "You Look Good," and damn it if it (and you) don't look fantastic. 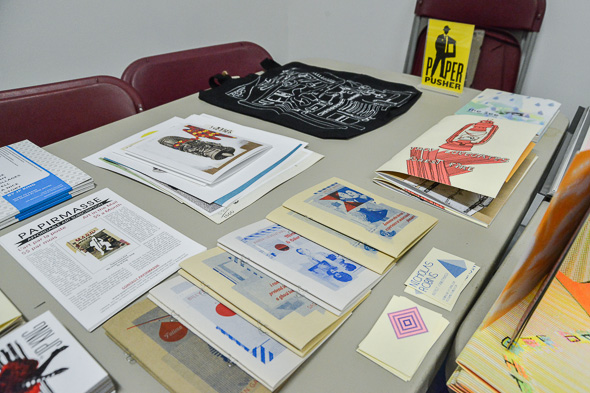 Papirmasse
Papirmasse is an innovative print subscription that mails out monthly art prints with poems, essays, or short stories featured on the back. Including work from over 40 artists and writers every year (and at just $60 for 12 mailings) it's really the easiest, most affordable way to support exciting new artists and to jazz up your wall space. 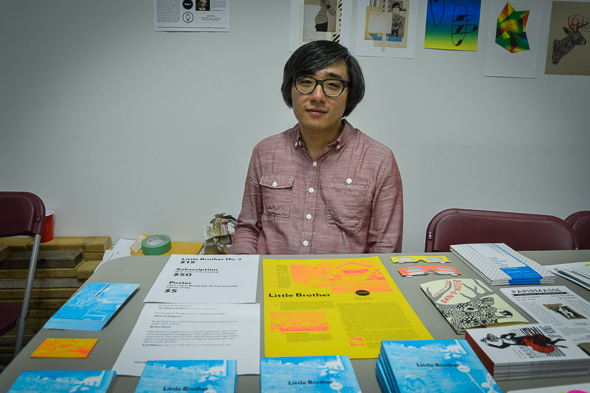 Little Brother Magazine
Little Brother Magazine is a cerebral collection of stories, essays, and photography for the discerning connoisseur of independent press. Each issue's launch also doubles as a literary salon, where contributors read their work aloud to a beard-stroking crowd. Shame it only comes out twice a year. 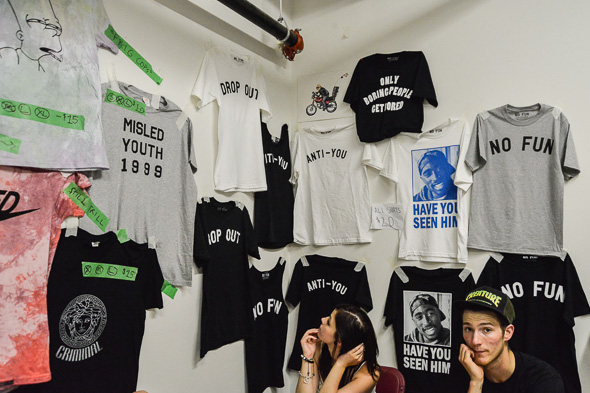 No Fun Press
No Fun Press is an independent publishing house that handles zines, shirts, and other limited editions. They were also responsible for the "Eat Shit" socks and the most awesome t-shirt lining the walls: Tupac's "Have You Seen Him." Take note, Father's Day is fast approaching. 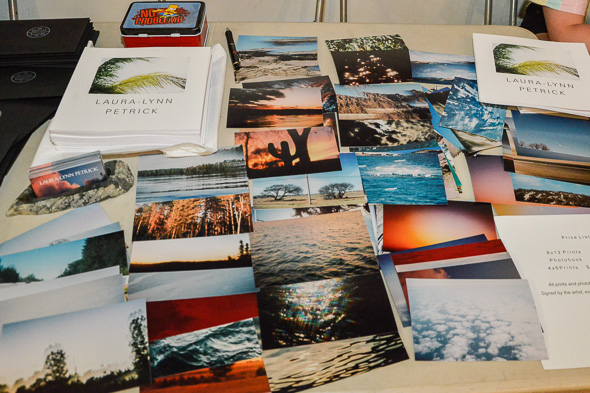 Laura-Lynn Petrick
Shot on 35mm without any post-production techniques, Laura-Lynn Petrick's dreamy, sun-soaked photographs were a blissful escape from the swell of the crowd. Though she's shot for everyone from Mac Demarco to American Apparel, Petrick's display table featured only serene landscapes .

Yo Sick
Everybody likes pizza. So obviously, everyone will like Prashant Gopal's zine Yo Sick, which so far has produced three pizza-themed issues. On Saturday, Gopal had the entire series on sale inside a pizza box, along with his "Pizza Butt" stickers and t-shirts. This guy's on to something, I tell you. 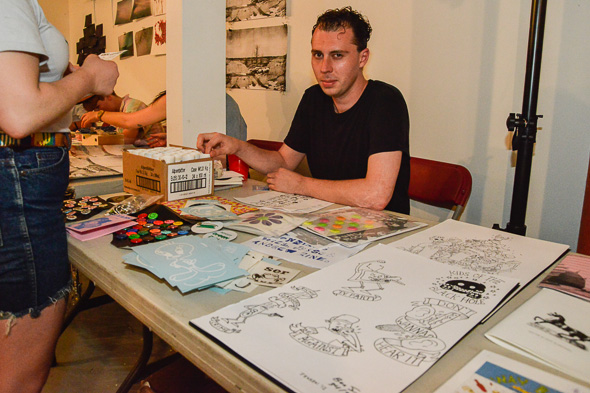 Jesse Harris
Jesse Harris' wry typographical prints and illustrations have been all over town lately, with pieces shown Cooper Cole, Art Metropole, and Georgia Schermann Projects. My favourite is his neon "Reasons not to buy art" print , which cites "Too Young, Too Poor, Too Simply, Too Busy, Too Late" as possible excuses.

Jenn Kitagawa
A featured artist in the latest Go Home Magazine, Jenn Kitagawa also showed off her colourful riso prints and seriously covetable painted wooden pins. I really regret not carrying more cash with me to bring one of those beauties home.