What do you get when you combine art and baseball?

Illustrator Darren Booth thinks that Joe Carter was the fucking man in the 1992 and 1993 World Series.

One of 30 local artists selected to execute the design of a handcrafted bat for Garrison Creek Batting Co.'s Season Opener on Wednesday night, Booth evoked Toronto's baseball glory days. In his commissioned piece "Joe F'n Carter," Booth honoured the home team and two-time World Series champions by painting his Garrison Creek bat that bright shade of "Toronto blue." The hand-lettering expert then declared his thoughts in the Jays official font directly on the bat:

Ranging from topical to clever to potentially lethal, bats just like Booth's became art pieces at this exhibition and charity auction, an annual event that combines baseball, beer and art to celebrate the anniversary of Toronto's only boutique bat company. The event, held at Steam Whistle Brewery, kicked off the start of the baseball season for the art world and served as a charity function, giving back to the community with the auctioning of a Garrison Creek wooden bat signed by the Toronto Blue Jays during their Florida spring training camp. 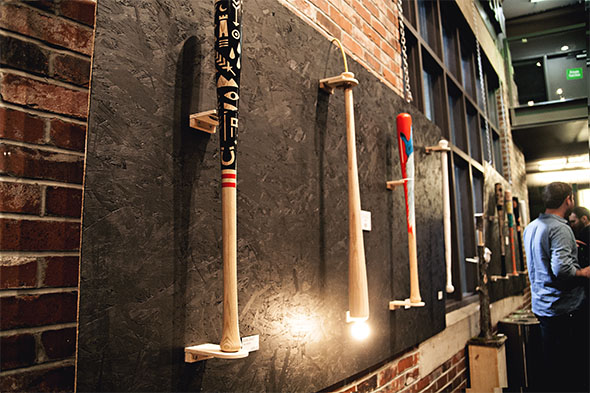 It has been a year since we spoke with Dave Murray, Ryan Christiani and C.R. Fieldhouse, the founders of the Garrison Creek Bat Company. Returning for a second season, they've stuck to what worked for them the first time around: they sourced design ideas and decorative concepts from local artist friends, giving them each a bat with one simple instruction: create. And what these artists created offer unconventional ways of looking at North America's favourite pastime. 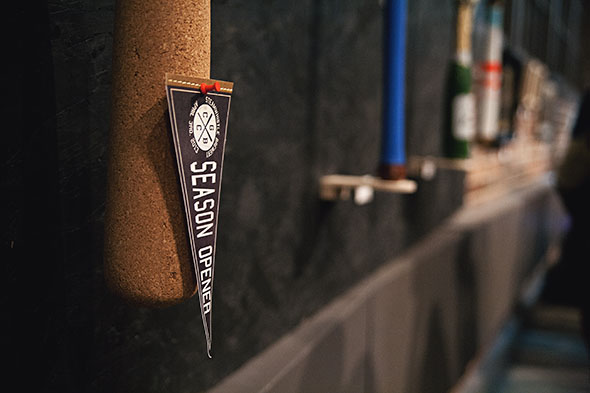 Most, like Erin McPhee and Darryl Graham, threw an amusing spin on baseball terminology and folklore. McPhee's "Sweet Spot" circled that exact place where cracking a hardball always sounds best. Graham's "7th Inning Stretch" showed off the artist's typography skills with 18 different fonts rolling out the lyrics to "Take Me Out To The Ball Game." GCBC co-founder Dave Murray later told me that Graham's bat proved to be most popular of the evening. At $400, this was a steep price that many were willing to pay for a piece that lacks pragmatism. The delicacy of the artwork on most of these art pieces implied that their destiny was to end up on collectors' walls. 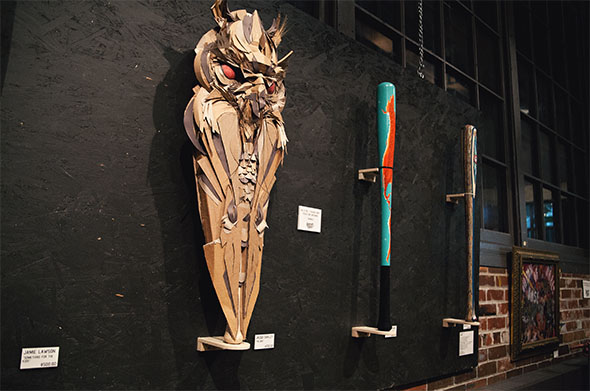 Other bats were clever â Dan Rocca's "untitled (humerus)" was a bone shaped like a bat (and not the other way around) while Lauren Reed's "Impractical Bat" held a circular lightbulb at the end â while some were downright dangerous or terrifying (these included a glass champagne flute bat with a bottle of bubbly on the end, Speakeasy Tattoo's "Flesh Horn," a flesh-coloured bat covered in eight sharp horns, and Jacqui Oakely's sculptural bird mask bat). 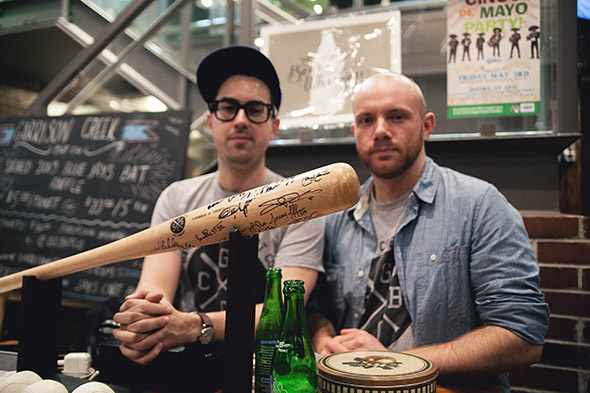 The artists were picked for their vision and range of meaning they attached to the baseball bats, Murray says. "They're people who are really excited about what Garrison Creek Bat Co. is doing," he assures, but "they were chosen because they had an interest in working on a non-traditional surface."

The event raised $1000 for Jays Care Foundation, the charitable organization that connects underprivileged children with their baseball idols while eliminating barriers to sports and education. 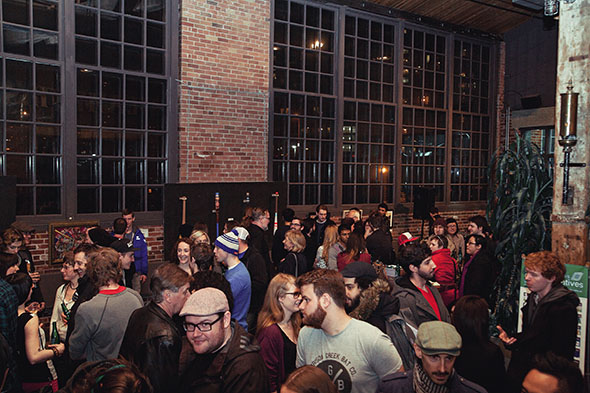 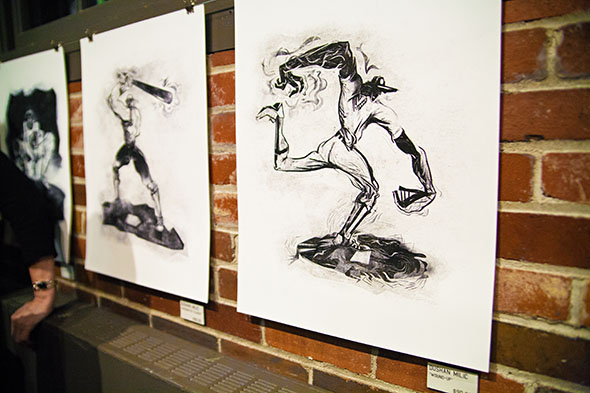 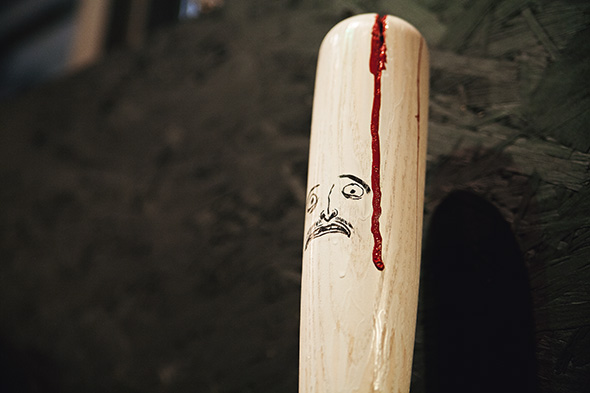 You can catch the exhibit at Steam Whistle Brewing (255 Bremner Boulevard) until April 30th.