Hidden Toronto is a new book that explores the city's inconspicuous places and the graffiti that's found among them. The book's fifty-two images are organized into three sections covering buildings, bridges, and watersheds and is based on the premise that interesting spaces and artwork lie just out of view all around us. Once you have the desire to go and find them, there's a world of treasure to be found out there.

In anticipation of the book's launch tonight, I spoke with author Kathy Toth about Toronto's graffiti scene, the so-called war on street-art, and the pleasures of urban exploration.

Why a book about Toronto's hidden spaces and why now?

Well, I've been photographing graffiti in Toronto since 1994. At first it was out of curiosity...I didn't have any connection to graffiti culture through siblings or even friends. Photography allowed me to study what people were doing, but it took me a year of wandering around to find pieces, another year to meet someone and to figure out where writers got caps and zines.

I wrote for a few years starting in 1996 but I stopped in 2001. I still kept getting drawn back to the work, and it was then that I started to notice that graffiti changed everywhere and street art seemed to emerge as well. Graffiti in the city was hard to come by as the scene really only started to get a newer generation of writers in 1995. This of course advanced every year and now you have more then a hundred active writers and even more transient ones.

I wanted to make a book on the city's graffiti for some time but I wanted to do it in a new way. I combined the concept with in situ documentary images. Usually you only see tightly cropped images of work, and I always found the images that document the spaces more interesting and dynamic considering some of these places are train tunnels, drainage channels or abandoned buildings. The mix of hidden and creative use of space interested me enough to start documenting the work that way. 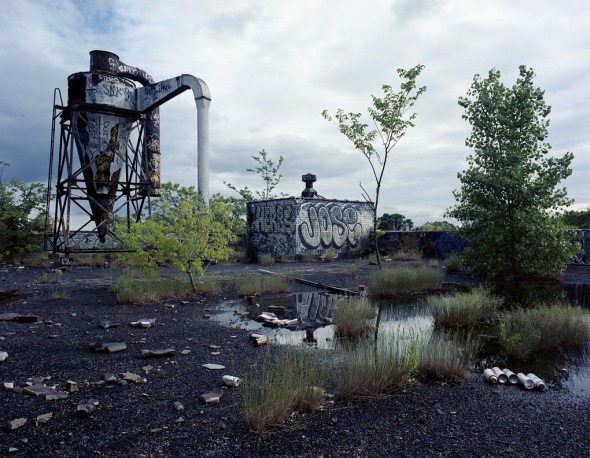 What makes Toronto a fertile spot for graffiti art and artists?

There are a lot of talented writers in this city, but to be honest I've always been surprised that we didn't have more, considering the size and diversity of this city. There has been a long history of legal walls in the city, and illegal spots usually ran for a long time. It wasn't until Rob Ford declared war on graffiti when he took office that pieces from 1993 and earlier were buffed (and are now covered with ugly tags).

Americans who come here always say it's amazing how relaxed the city is to work in, and that's mostly because it's nowhere near as saturated as NYC, Philly or the Bay area with bombing and tagging. Sure some parts of the city are bombed hard, like Chinatown, but it doesn't extend like that outward. When the city says they have an epidemic on their hands most people laugh...it's just a political fabrication. Toronto also has a lively arts scene so writers, who tend to be artists, also do other work in the city. 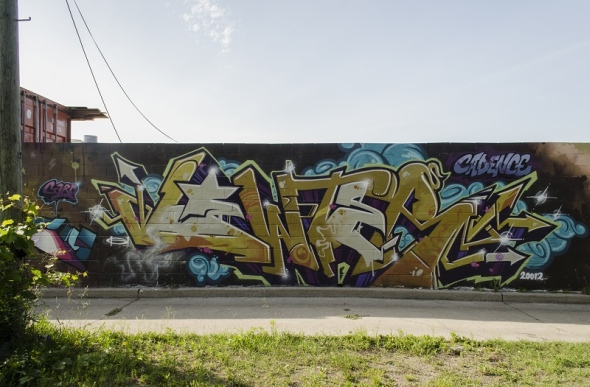 What effect do you think Rob Ford's much-publicized war on graffiti has had on the local scene?

Well I've seen lots of work, such as old tags from the 80's and 90's painted over and old pieces from 1992 and 93 painted over. Friends of mine who write said they have never made as much money painting for shop and property owners as they do now, and projects like the reclamation wall didn't happen before, so in an ironic way the anti-graffiti push by Mayor Ford has been helpful to writers getting paid work, and also stimulated working underground, further out from the downtown core. 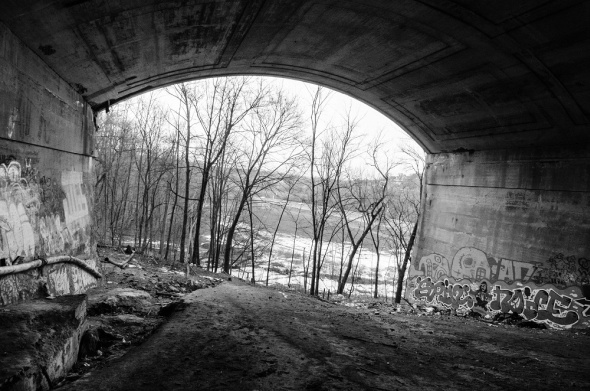 How has the explosion in publicity and popularity of urban exploration affected things in Toronto?

I used to read Ninjalicious' "Infiltration" zine when I was at university. Ninj had a much wider view of what 'urban exploration' actually is, so initially I didn't connect UE with graffiti, but the truth is they are very related. Graffiti writers have to take more risks, not just going somewhere with a camera, but also painting, walking on ledges, running in subway tunnels, drains and more.

If too many people start trafficking a painting spot, pieces get ruined or the wall gets buffed. If too many people visit a location, access gets clamped down eventually. So these pieces and spaces exist in a continuum which is what makes them interesting. Graffiti seems to have a short lifespan if it's out in the open, although my graf mentor Sady Ducros has a piece across from Lawrence East LRT station which has been there for 18 years! 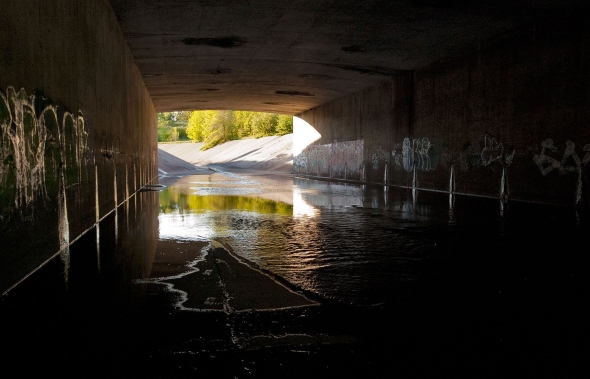 You started appreciating and seeking out graffiti art and hidden spaces at a fairly young age. What advice would you give to somebody starting out today?

As with all projects that interest me, my first suggestion would be find something you enjoy doing and work on that and don't listen to people who want to steer you away from that. Something which interests maybe 15 people can be the next 'big' thing to break and become a global scene. As a writer, more work is acceptable now which wasn't 15-20 years ago. You can work with multiple mediums, styles and not have to deal with dogmatic concepts. As a photographer, find your style over time and devote time to learning about projects you want to work on. I started photographing graffiti to understand it better and that led me to working as a photographer and visual artist today. 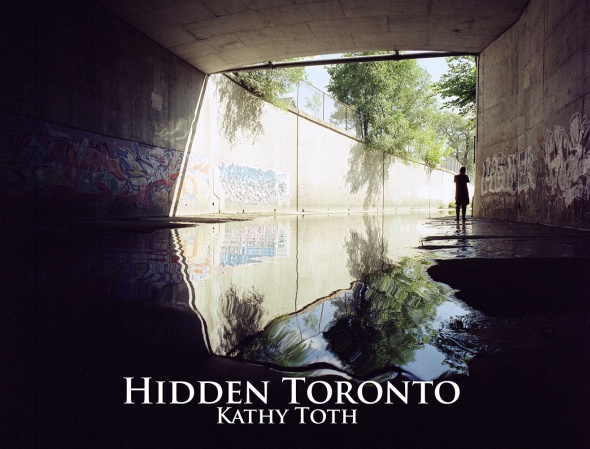