The 2013 CONTACT Photography Festival is once again set to land in Toronto. After its official launch tomorrow night at the MOCCA, the city will be dotted with exhibitions at virtually every gallery — not to mention cafes and billboards. Now in 17th incarnation, this year's fest will include public installations, films, lectures and workshops, mostly accessible free of charge and presented to an audience of nearly two million (it's still the largest photography festival in the world).

With more than 1,000 artists showing at 130 venues, finding a theme vague enough to encompass the incredible diversity of work sounds like a difficult undertaking. But the festival organisers once again hit it out of the park with "Field of Vision," which supposedly "explores the photographic medium as a way of seeing." Hard to argue with that.

Last year's festival was defined by the wonderfully ambitious joint exhibition between the MOCCA and UTAC. Entitled "Collective Identity | Occupied Spaces," the show was the absolute centrepoint of the event. Though there may not be a single dominating show this time around, there are still plenty of must-sees at CONTACT 2013. 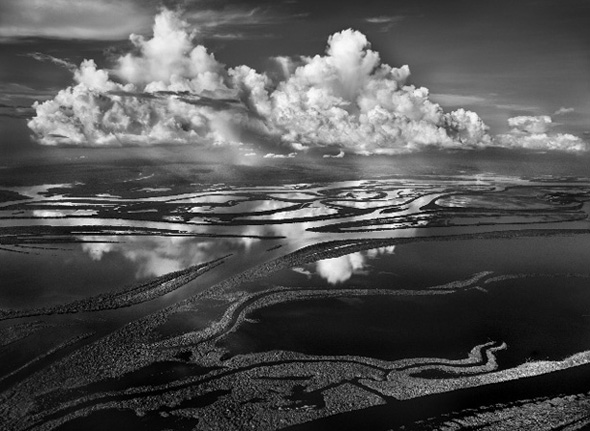 Featuring internationally renowned artists and held at major institutions like the Art Gallery of Ontario, the MOCCA, the Ryerson Image Centre, and the ROM, primary exhibitions are the safest bets to hit for those short on time. Here are the three that I find most exciting to further help you economise your CONTACT experience.

24hrs in Photography: Erik Kessels. Contact Gallery
Erin Kessel's massive installation seeks to recreate our contemporary experience, in which images are received through a constant hypermediated barrage. To achieve this effect, an unimaginable 350,000 prints will strewn across the floor of Contact Gallery headquarters, and visitors are invited to directly engage with (and walk on) the work.

Scotiabank Photography Award: Arnaud Maggs
Arnaud Maggs late-life career was a delightful and inspiring story in the Toronto art world: a playful man in his mid 80's, who had only turned to fine art photography in his middle age, creates a prolific body of work and is rewarded with several major art prizes. Unfortunately, Arnaud passed away last year shortly after receiving his Scotiabank Photography Award, and thus, his prize exhibition is instead a testament to his legacy.

Genesis - Sebastio Salgado - Royal Ontario Museum
Salgado's exhibition at the ROM is all about scale: 245 black-and-white photographs, taken throughout 8 years of travel between 32 countries, and depicting panoramic viewpoints of "untouched" regions that have escaped the onset of globalization. Salgado's work offers a news perspective of our natural world that, at this rate, may soon exist only in photographic form. 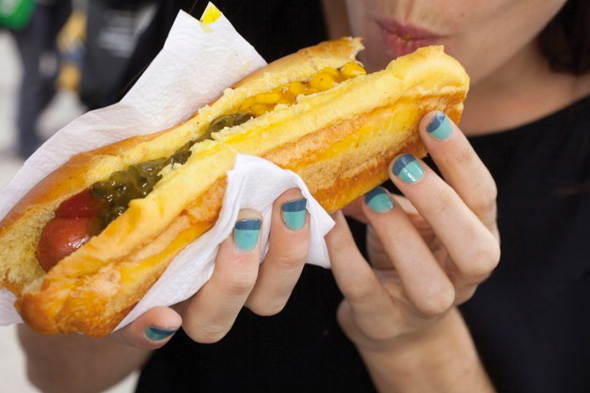 Held on billboards, exterior walls, and subway platforms, CONTACT's public installations ensure that everyone in the city gets to experience a taste of the festival. This year, even the rest of the country will be able to participate, as Adam Broomberg and Oliver Chanarin photo billboards hit Calgary, Dartmouth. Montreal, Saskatoon, Vancouver, Winnipeg.

Food. Martin Parr. Metro Hall and Pearson International Airport
Magnum photographer Martin Parr turns his lens toward food — specifically the food that we Torontonians eat. Parr was recently commissioned to tour the city and document our food offerings. The result is a stunning series of images that paint a portrait of Toronto via what we collectively eat.

Pyramid: James Nizam. Brookfield Place, Allen Lambert Galleria
Of all the promising exhibitions this year, I'm most excited to see James Nizam's innovative photograph/sculpture installation. Completed totally in-camera, Nizam's pyramid was constructed using to mirrors to reflect an individual beam of light made visible to the camera through the use of mist generated by haze machines, and then suspended high in up in the Allen Lambert Galleria's cathedral-like ceiling.

Images from La JetÃ©e: Chris Marker. TIFF Bell Lightbox
This art-house, scifi classic from 1963 has frequently been cited as one of the most influential films ever made. Composed almost entirely of still photographs and completely devoid of a narrative, the film still manages a deeply emotional arc. La JetÃ©e will be screened as part of a retrospective on the films of Chris Marker, while the first 14 images in the film will be installed on the Lightbox's street-level windows.

To Photograph the Details of a Dark Horse in Low Light: Adam Broomberg and Oliver Chanarin - Billboards along Dundas St W and Across Canada
Kodak "norm reference cards" were hit with frequent allegations of racism for their inclusion of a "normal" skin tone within a photograph and. Here, Broomberg and Chanarin explore the current relationship between concepts of normality and contemporary consumer imagery by including these reference cards alongside glamorous shots of white women. 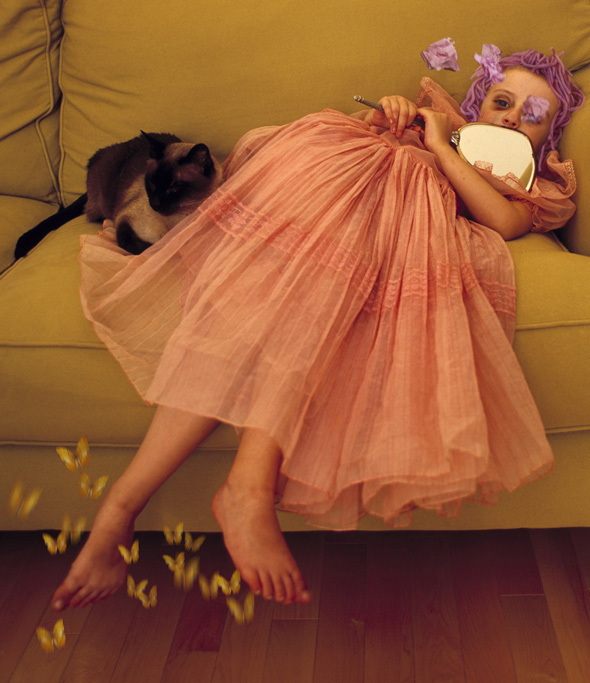 Representing the halfway point between the Primary and Open, Featured Exhibitions take place in fine art galleries across the city and are selected by the CONTACT organisers. This year, 32 selected exhibitions will present works by artists from around the world.

Portrait: Mark Peckmezian. Harbourfront Centre
oronto-based photographer Mark Peckmezian hopes to expands the visual discourse of portraiture, revealing the visual language and history that comes equipped within any photographic representation. Peckmezian's precise technique may place him within the realm of a Renaissance painter, but his concerns are totally modern.

Constructed Mythologies: Janieta Eyre. UTAC Art Lounge
This survey of Toronto-based Janieta Eyre's past and present work compiles some of the most striking images created during her fascinating career. Challenging conventional Western notions of female beauty, Eryre creates fantastical images that deconstruct traditional visual representations while offering up another perspective for imagining gender and sexuality in contemporary culture. 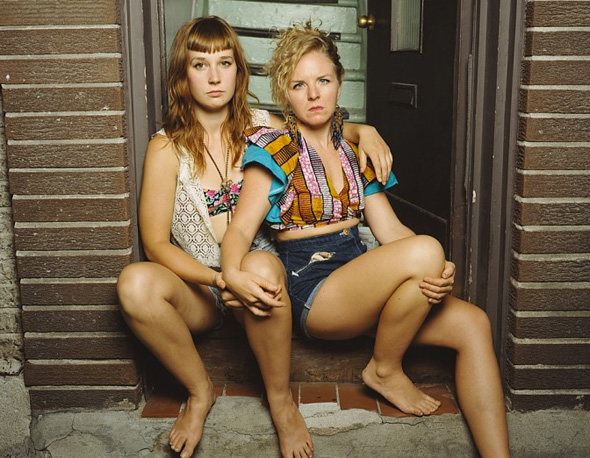 Found at galleries, bar, cafÃ©s, and anywhere there's a blank wall, the open exhibitions are what truly make CONTACT such a fantastic event. Sure, there's a lot of work of questionable quality to wade through, but no other festival makes its subject matter so accessible, or allows for the same possibility of discovery.

Portraits of the Esplanade: Various artists. David Crombie Park
In this outdoor exhibition, youth from the Esplanade neighbourhood were paired with professional photographer Laura Dittmann to help document their personal experiences with their external surroundings. Their works will be displayed in David Crombie Park, within the very neighbourhood that inspired them.

Within: Various Artists. KUMF Gallery
The Etobicoke School of the Arts has always produced daring young artists, and their annual CONTACT graduation show is a great way to discover new talent.The advance images provided look especially striking this year, and definitely stand out among the sea of professional photographers.

What gives? For the second year in a row, the festival has chosen not to update their mobile app. Exhibition maps and a festival planner are still available online, however.

Obviously, I could only cover a fraction of CONTACT's offerings for the month. For complete exhibition listings, be sure to check the festival website.