OCADU architect Will Alsop in spotlight at Olga Korper

You may not have heard his name, but chances are you're very familiar with the work of Will Alsop. One of the United Kingdom's most celebrated architects, Alsop has also designed Toronto's striking West Side Lofts sales centre, taught at Ryerson University, and yes, was behind OCADU's infamous "tabletop on stilts" building. His avant-garde designs have often become tourist attractions, with even a regional government building in Marseilles suddenly granted landmark status after Alsop got a hold of it. 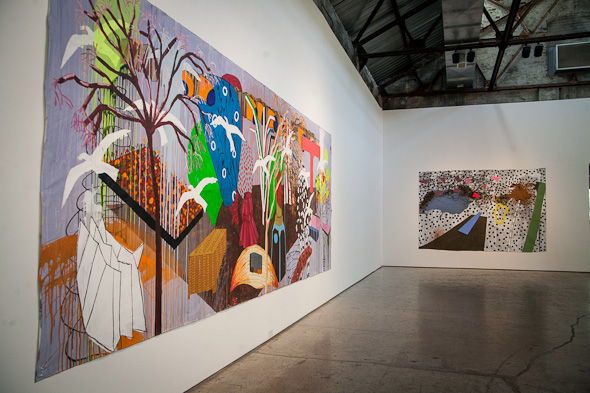 Yet despite his success, and with even an Order of the British Empire and membership in the Royal Academy of Arts picked up along the way, Alsop remains a contentious figure both home and abroad. It takes a certain audacity of vision to still be labelled an "enfant terrible" at age 65, but Alsop has clearly earned the title. 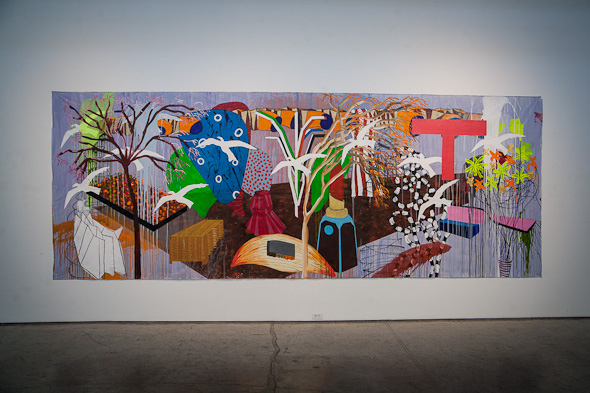 The response from Torontonians has been similarly divided, with his upcoming Yonge Street condo project reopening the debate about whether his whimsical buildings are compelling eye candy, or simply eyesores. But while its citizens may have mixed feelings towards his work, Alsop's affection for his adopted city is clear, saying in a recent lecture "If you like a place, you think about it. If you're an architect and you don't have any work, you can still do architecture...You can dream about a place, and I've chosen to dream about Toronto."

Alsop's dreams have never been limited to architecture exclusively, and his long-time love of painting has certainly informed his architectural practice. With their sense of whimsy and vibrant use of colour, Alsop buildings have always seemed to reside more in the world of painting than in the realm of traditional utilitarian architecture. 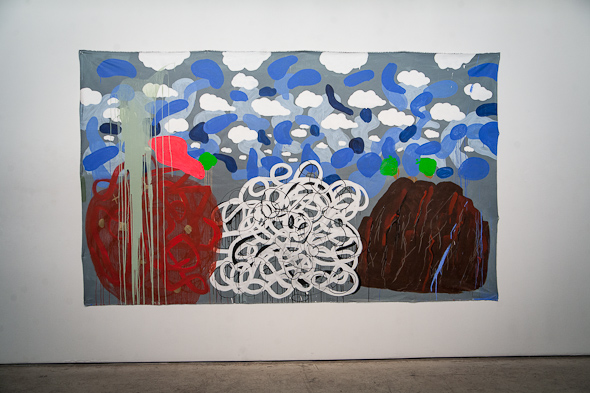 And thus, his second show at Olga Korper Gallery highlights his ongoing infatuation with bright, swirling colours, as well as the same propensity for abstraction that gave him the nickname of "architecture's Mr. Blobby" in the British press.

For Alsop, the relationship between the two mediums is clearly symbiotic: explicit references to his own architectural practice are present in "3 Rocks," which has the same distinctive black-on-white scribble that decorates the West Side Loft sales centre, once described by Torontoist as "ghastly" and the "worst condo sales centre in the world." 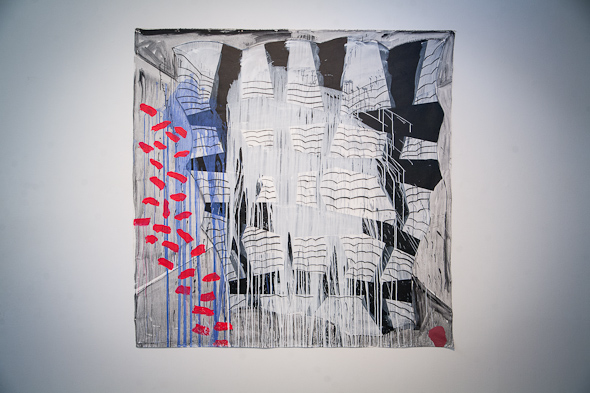 "Flower Market," meanwhile, features rudimentary cubes overlaid over the swirling painting, which seems to mock the traditional expectations of modernist architecture when compared against the natural world. Tellingly, Alsop's most abstract piece by far is titled "A School for Architecture."

It's clear that the healthy dose of irreverence that's found in his buildings is present in his visual art. It also might explain why his paintings have not received the same amount of critical attention as his architecture. As Alsop himself has said, "Some of my paintings result in buildings and some do not. I am interested in what happens when there is no intention. I make no distinction between art and architecture; to me they both begin in the same place." To analyze his paintings, or his architecture for that matter, is to analyze the total aesthetic of Alsop, and it is impossible to do one without the other. 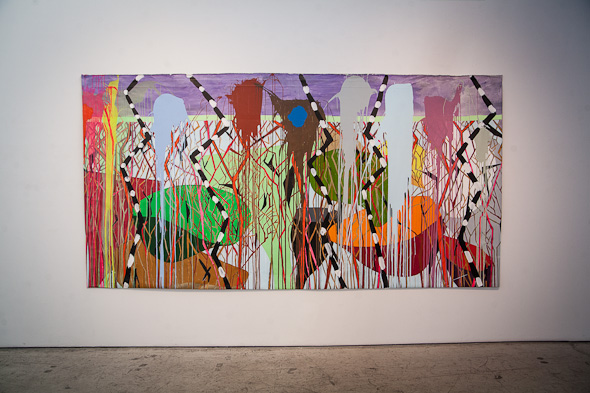 Whether you like that aesthetic is something else entirely.