By elevating ping-pong from a fixture of 1970's rec rooms and local community centres to the centrepiece behind a King Street hotspot, SPiN Toronto has already proven they can win with an eclectic formula. Enter the Plywood Collective, a group of local artists who have selected the upscale ping-pong lounge as an ongoing venue for their massively popular themed exhibitions. 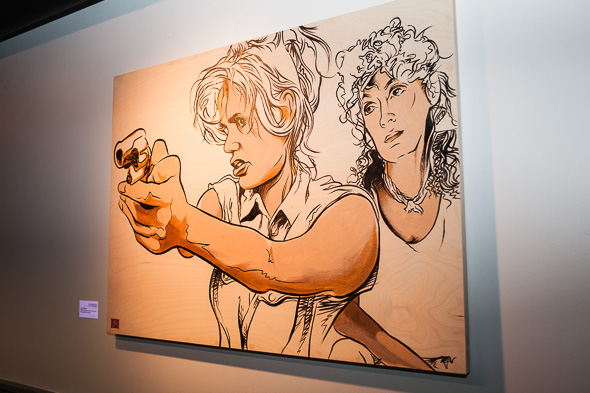 Plywood is made up of seventeen Toronto-based artists, most of whom share a style that appears equally influenced by graffiti, commercial illustration, and iconic images from high and low pop culture. Each member has their own thriving independent practice, and therefore views the collective as an opportunity for experimentation within a specific framework: original works on plywood, based around a chosen theme. 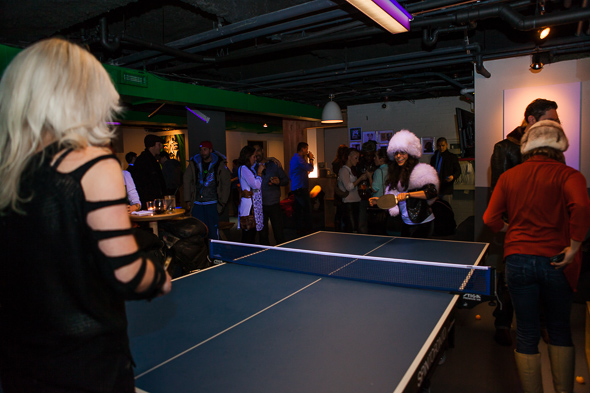 For their last exhibition, the group focused their attention on villains, with subjects ranging from classics like Darth Vader and Hannibal Lecter, to modern icons like No Country for Old Men's Anton Chigurh and the perm-sporting Big Worm from Friday. This time around, good was allowed to triumph over evil, and the heroes were given their due. 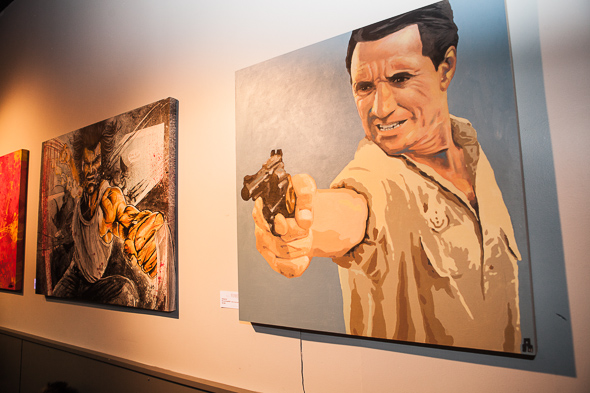 "Heroes" is now the fourth group show the Plywood Collective has held at SPiN, and while it seems like a peculiar choice of venue for an art show, it fits in nicely with the group's mandate: "The media is the message and the event is our medium. We're taking down the barrier between the experience of being at a social event and the consumption of an artistic message." 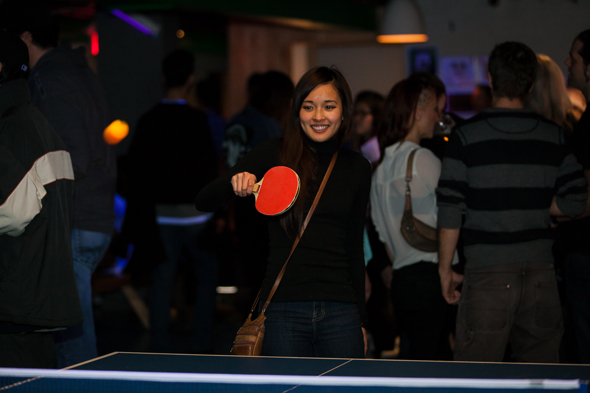 And thus, that night's artistic message was consumed alongside flying ping-pong balls and underscored by the beats of DJ Brendan Canning (of Broken Social Scene fame). It made for a great opportunity to mingle, but ultimately the viewing portion of the night suffered. The communal picnic tables that crowd SPiN's "Social Room" made it hard to navigate, and errant balls provided a tripping hazard for anyone not paying close enough attention. 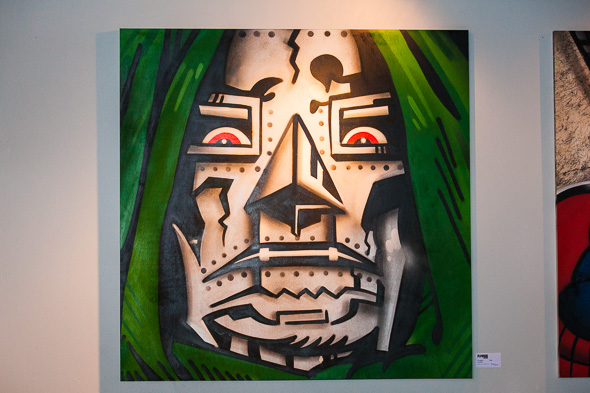 Frustratingly, work was also hung directly beside the playing tables, which meant viewers were forced to wait for suitable breaks in the games before getting any closer to the actual pieces. But once you were able to actually to see it, there really were some exciting pieces on display. Sure, the straightforward Spiderman and Wolverine were pretty obvious choices, but several of the works delved deeper into the dregs of pop culture, with great results. 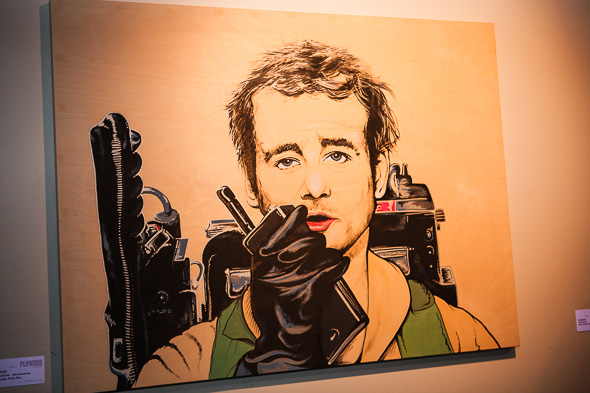 Bowman's sexy and stylised take on Clarence and Arizona from the cult hit True Romance was a great fit for the film, and SPAZZ's portrait of Bill Murray's Venkman from Ghostbusters was definitely a crowd pleaser. Jason Mamone's Thelma and Louse was a great shout out to SPiN co-owner Susan Sarandon, though it did appear unfinished. 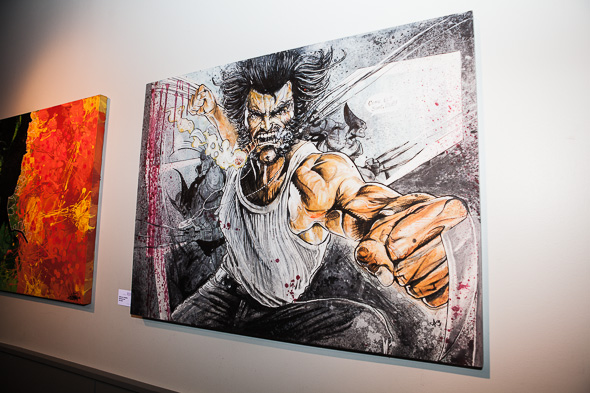 For me, the strongest pieces were those that incorporated elements of the hero's personality or back story, rather than simply replicating their famous poses. Nik Dudukoviv's ink and digital drawing of a particularly hirsute Charles Darwin was stunning in its detail, and his near god-like appearance seemed to play on his singular significance in altering the trajectory of Christianity in the modern world. Dudeman also shone, with a suitably earthy take on beloved environmentalist David Suzuki.

With the back room packed for most of the evening, it's clear that SPiN and the Plywood Collective have hit on a winning formula. So, concert in a bowling alley, anyone? I think we could make some serious money on this. Let me know.