10 artists to check out at the Artist Project 2013

Traditionally, art fairs have little to do with artists. Tense gallery owners and dealers display one or two pieces from an artist in their roster without context, and then attempt to explain to the masses just what it is and why it matters. Now in its sixth year, the Artist Project(TAP) subverts the typical art fair format and places the artists themselves within the booths. And with over 200+ artists participating, it's a great way to get acquainted with a full spectrum of styles and skill levels. 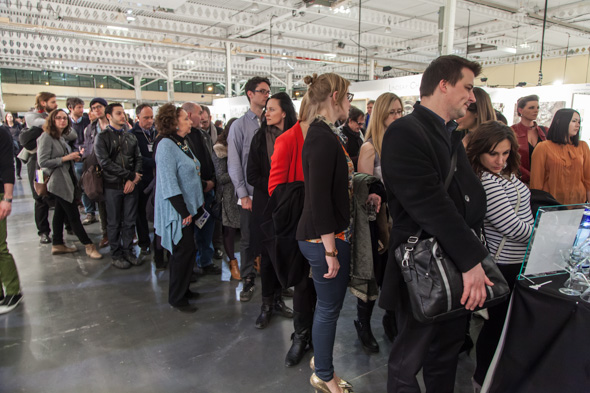 The show may host independent artists, but it's still a serious production. Organisers Informa Canada, who are responsible for dozens of major conventions across Canada, have made sure that every inch of the exhibition hall that doesn't have art hanging on it still has something for the eye. The fair's opening night was certainly an event, with multiple DJ's spinning crowd-friendly remixes, winding lineups for complementary wine and appetizers, and the lingering smell of tandoori shrimp mingling with that of the fresh paint. There was even an aggressively magenta "Art Lounge" where visitors could relax from the stress of viewing thousands of dollars worth of art with a free birthday cake vodka martini. 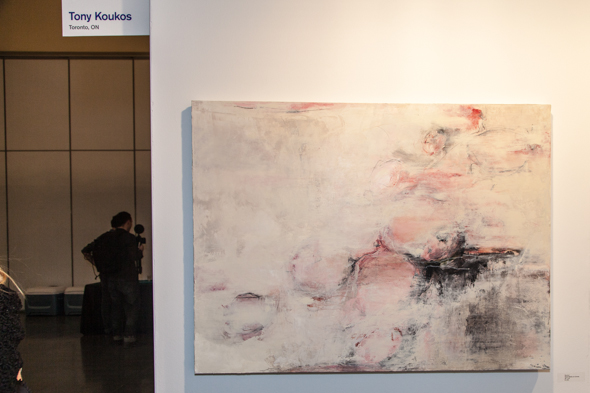 And in addition to the almost overwhelming amount of work, this year's TAP also features several themed events: Untapped Emerging Artists is a juried competition that awards young artists a free space at the show (booths are typically paid for), while the Installation Area grants space to several large-scale mixed-media and sculptural works. 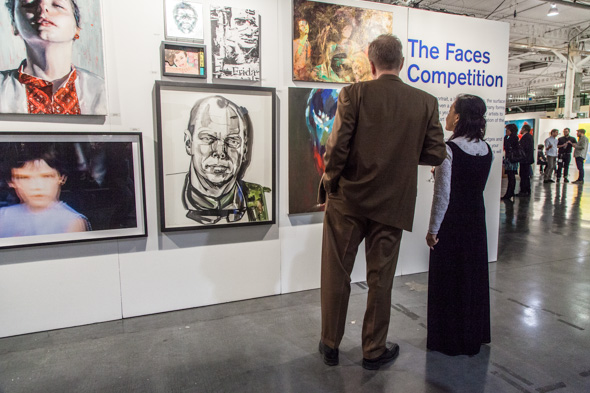 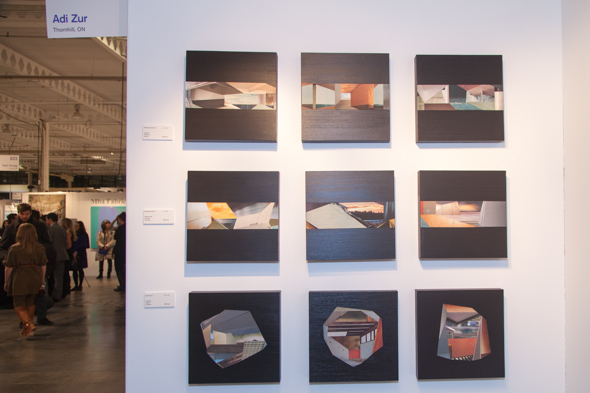 It wasn't long before sensory overload kicked in, but here are nine artists that make a lasting impression at this year's TAP:

Cate McGuire
My absolute favorite from the 2013 exhibition is also one of the easiest booths to miss. McGuire's abstracted architectural collages employ muted colors, but their emotional impact is anything but subdued. With both a BFA from Concordia and a graduate degree in Architecture from UBC, McGuire's thoughtful work blurs the boundaries between the two faculties. 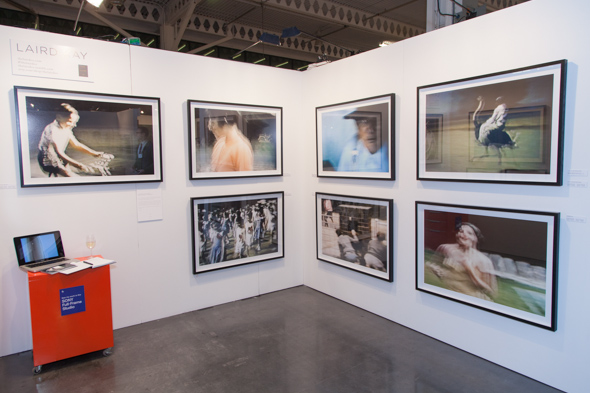 Mitchell Clark Meller
As a self-taught artist, Meller's work is filled with emotion and energy, and totally devoid of any formal constraints. Employing layers of acrylic, pastels, pencil, glaze, and even household paint, Meller's pieces have an incredible urgency not seen in the majority of the fair's more commercial offerings. 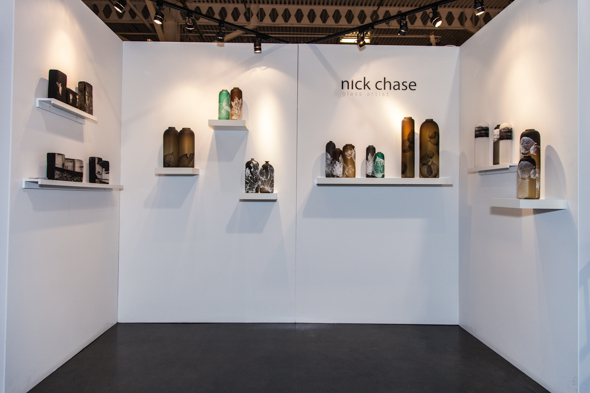 Nick Chase
TAP skews heavily in favour of painting and photography, but there are a few notable standouts in craft. Chase's delicate floral vases were both striking and completely marketable; a great combo for a populist art fair.

Nissim Benaderet
Tel Aviv-based artist Nissim Benadaret's expressionist line-work was hugely fun. According to Benadarets, his goal is to "create an image that is free from the constraints of logic," while still representing the movement of his actions and thought processes. And as the vast majority of TAP's participating artists are from Toronto, Benadert's pieces are a great insight into more international trends. 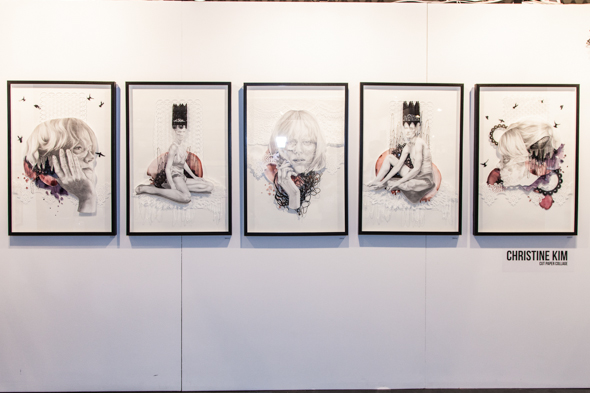 Christine Kim
Kim's meticulous process is fully evident in her final product, as her fine papercuts and pencil portraits require a careful eye to catch all the details. The organic interplay of shadows and light also plays a large role in her work, lending her pieces an almost interactive quality. 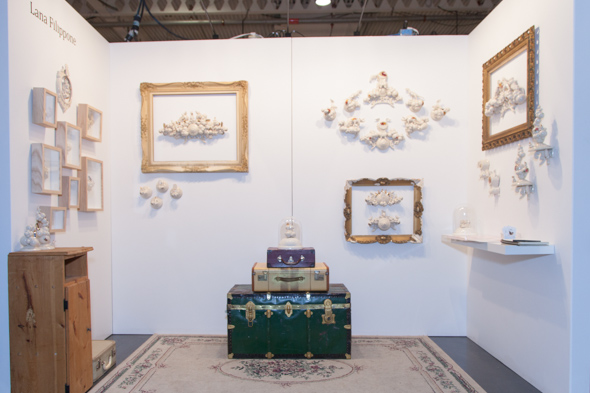 Lana Filippone
Filippone's delightfully twee ceramic pieces are an inventive spin on a traditional medium. And as her selection as one of the artists-in-residence at the Harbourfront Centre confirms, Filippone's pieces are definite crowd-pleasers.

David Brown
A central figure on Toronto's arts scene thanks to his SpeakEasy series, Brown's own encaustic work never ceases to fascinate. Reminiscent of abstract expressionist work, his recent paintings are both visually stunning and emotionally charged. Who knew wax could be so evocative?