Star Wars fan fiction is perfectly bad (which is good!)

On Saturday night at Black Swan Comedy, I saw the seventh show of a monthly comedy series focusing on fan fiction. Yes, that often terrible, sometimes hilarious internet phenomenon has been taken from the shadowy depths of the interwebs and brought to life on stage by comedy troupes. And boy does it translate well. The show's themes have ranged from Harry Potter to Game of Thrones, Twilight to Star Trek, Kill Bill, Frasier, and even Saved by the Bell. Up this month, Fan Fiction: Star Wars edition.

By the time the show was over, I was shaking. It is a serious workout to laugh that hard for that long. Two and a half hours. Seriously. I think my dimples are now deeper than they used to be. And all I can do is thank comedian and show producer Adam Ward for it. 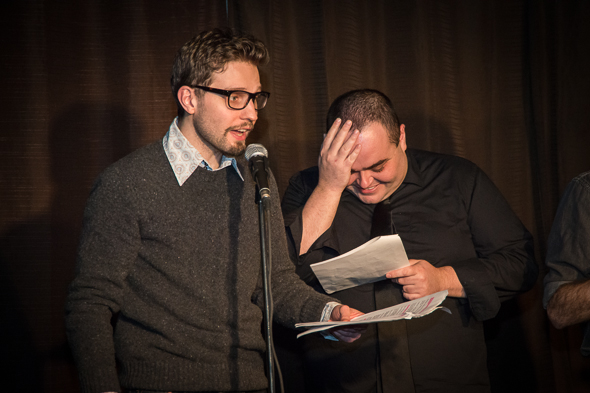 Have you ever imagined what Star Wars in the Smurf world would look like? Or what might happen if Darth Vader ever met Cookie Monster? Well, someone in the world has - and wrote it down for your enjoyment. And the performers on Saturday brought it to life.

Hosted by Andrew Chapman, who awarded some of his (I can only assume long-treasured) Star Wars toys as door prizes to lucky audience members, the show's roster included performances by the Sushi Boys (Adam Ward and Mark Cotoia) with Stephanie Schreiber, Jameson Kraemer, and special guest Mark Little, winners of the 2012 Toronto Sketch Com-Aggedon, Rulers of the Universe, music geek comedy duo, Debs and Errol, and the Weaker Vessels with Josh Murray. 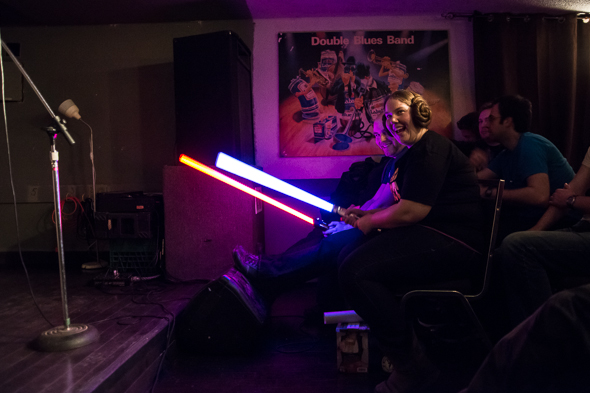 "We find the best/worst fan fiction. We'll read it once to know that it's perfectly bad at the start, and then find out how horrible it is on stage together with the audience," says Tyler Hewitt of Rulers of the Universe. "Perfectly bad" could not be a more apt description. In the Sushi Boys' opening piece called "Bubbles," Boba Fett hallucinates a conversation with his bathtub, which seems to try to seduce him: "'It's not yo' age, sugah, you jus' too up-tight,' retorted the tub." 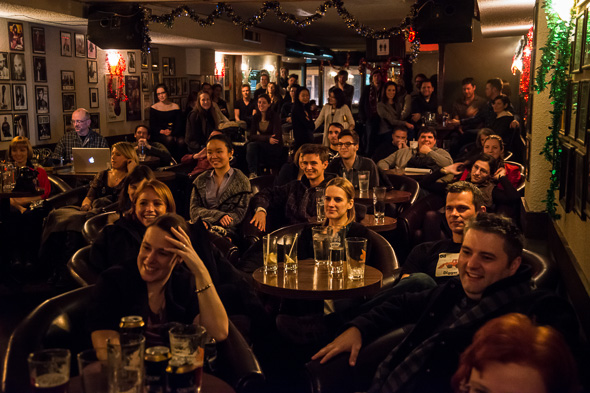 At the end of that piece, which provoked more than one smirk from these comedy vets, Mark Little said, "I'd like to comment on how little actually happened." Sometimes it's not about the action; sometimes racistly-hallucinated bathtubs are enough.

As the show came to a close, Chapman invited audience members on stage (unknowingly) for Wookie impressions, and an aftershow by the Weaker Vessels (a Harry Potter fan fic) ended the night. By that point, I couldn't handle any more laughing; I was laughed out. The combination of smart humour, popular topics, and quality comedians makes this show an understandably sold-out event every month. 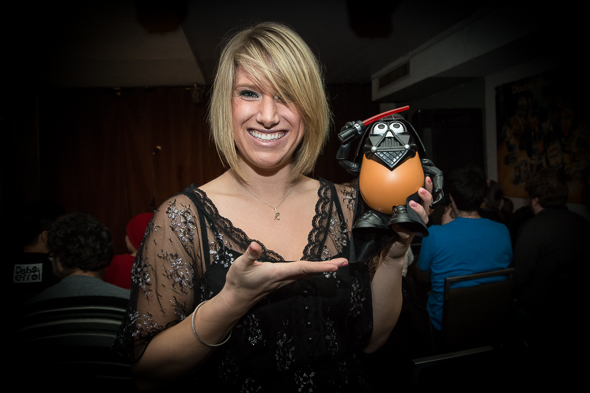 The next shows are looking like James Bond and Videogames (think: Pong paddles developing a relationship). If you want to bust a gut and break your face from smiling, it's worth paying a visit.