Nerdgasm: A Joss Whedon Variety Show sounds just like what it was: a gasm-y night of Whedonesque performances, representing everything from the creepy to the gangster to the insane. Ever wanted to see a burlesque dance with a Cabin in the Woods theme? Can you even imagine what that would look like? Well, on Sunday night at the Mod Club, I saw it. Let me tell you about it. 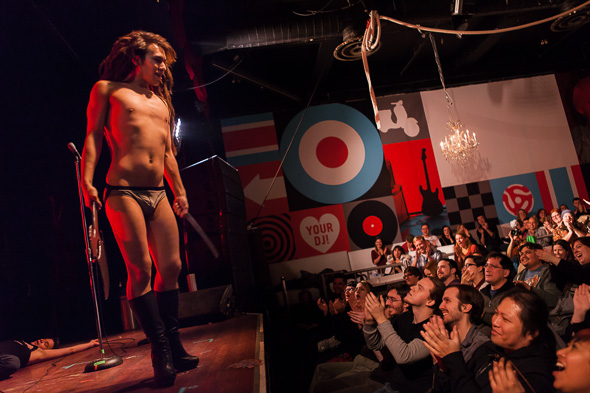 You wouldn't know it by the excellently curated and quality acts, but this was Miranda Tempest's first time producing a show. Normally a performer with IlluminAir Entertainment, Tempest wanted to make a "true variety" show on a theme "near and dear" to her. After her partnered aerial hoops performance with Faeya Tal - an amazing, interweaving, coordinated routine expressing the complicated relationship between Illyria and Fred from Angel - Tempest chatted with me about her not so secret love of Joss Whedon: "I've always been a super Joss nerd." Based on some of the cosplay I saw during the night, she wasn't the only super nerd there. 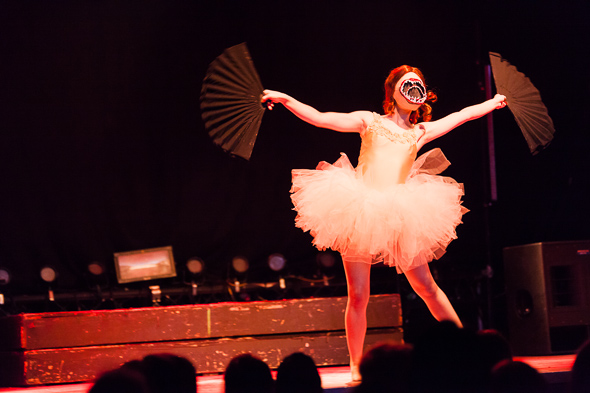 As a show built for nerds and Whedon enthusiasts, it did not fail to deliver on memorable characters and creative performances. As a show also built for burlesque lovers and spectacle perusers, it married the talent with the technical to give us the best of all worlds (even Whedon-worlds). Knife-throwing, fire-eating, belly-dancing, and various styles of burlesque all appeared in the form of Drusilla, Willow, Inara, and other characters. Flaming hula hoops, a Dr. Horrible duet, belly-dancing, and beautiful vocal work made the show much more than the sum of its parts. 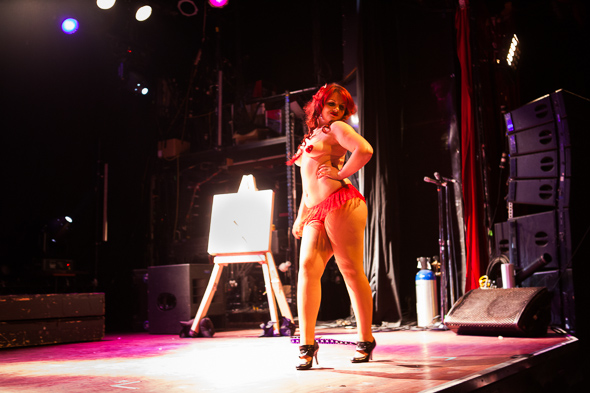 Some of the most memorable acts came on towards the end of the show. An obscure reference to The Gentlemen of Buffy episode, "Hush," JD Sparks's slow and unnerving performance on silks creeped out just about everyone in the audience as he slunk around the audience and later simulated himself being hanged. 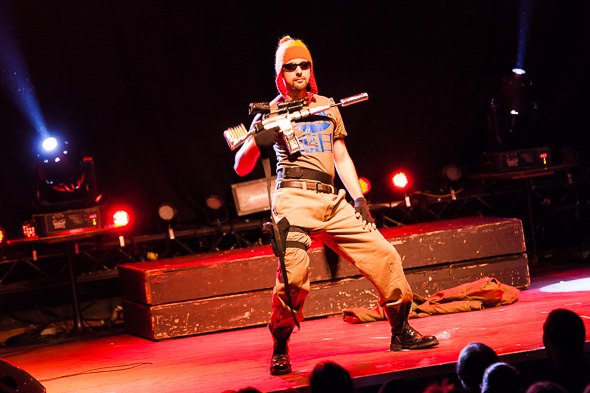 The mouth-faced girl from Cabin in the Woods (Bre Poisonne) performed a burlesque in a tutu to "My Body Is a Cage" by Arcade Fire, and somehow managed to make it seductive despite her lack of face (even her pasties were mouths!). And then we got to see River of Firefly (Barely Legal Leelando) dance and act in a cabaret and somewhat cartoonish style to "Crazy" by Britney Spears as she slow-mo fought off assassins and doctors. 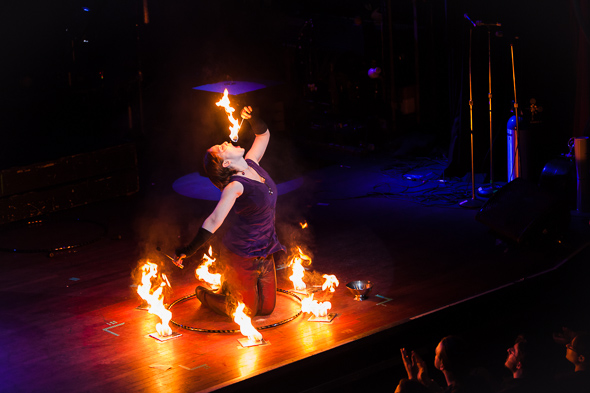 Despite being early in the show, one Firefly character's burlesque was still my favourite act. Jayne Cobb (Dr. Tease) strutted on the stage to to a Jayne-themed version of "Everyday I'm Hustlin'" with his bright orange toque and machine gun, making credits rain like an interstellar gangster as he whipped out his machete and took off his clothes (note for all Whedon-lovers: Dr. Tease and Meryle Trouble will be creating a proper music video for this song; keep an eye out!).

All in all, it was a wildly Whedon night. 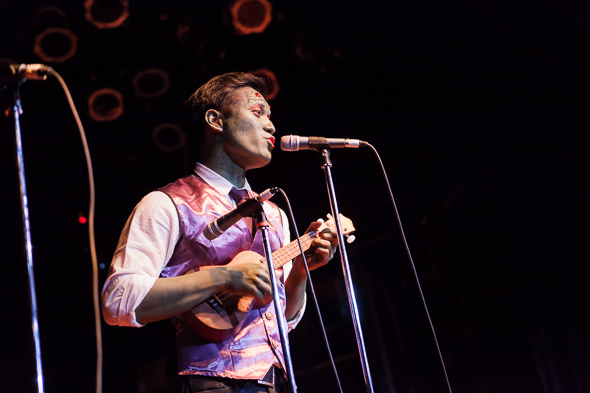 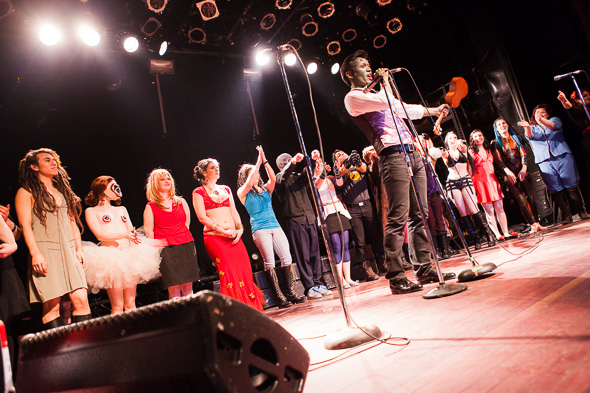 If you're looking to get yourself a nerdgasm, the next show will be Miyazaki-themed performances in about three months. Time to get the Mononoke outfits ready!