Art and music collide at typography show on song lyrics

Ever scrawled Pixies' lyrics across your social studies notebook? Plagiarised the Smiths when writing to your fickle high school paramour? Yes, we've all experienced that special connection you feel when only one band can truly understand your adolescent angst. Songs That Saved Me, the latest group exhibit from Little Italy gallery Huntclub seeks to replicate that feeling, and provide a "seasonal pick-me-up" to get us all though the winter months, now that winter has finally arrived in Toronto. 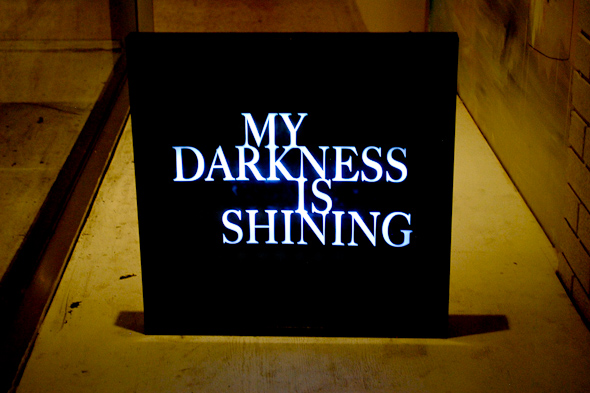 I trudged through Thursday's night snowstorm to get to the show, and arriving past 9 pm meant I spent the evening shoving my way through the over-capacity space to actually get a glimpse of the art. Though thankfully, I still managed to make it before the complementary red wine ran out.

That this type of show would be so packed isn't really a surprise. Typography is design's current darling, with every person under thirty a self-proclaimed expert. For the best demonstration of this, try setting your next party invitations in Papyrus and await the snarky emails. 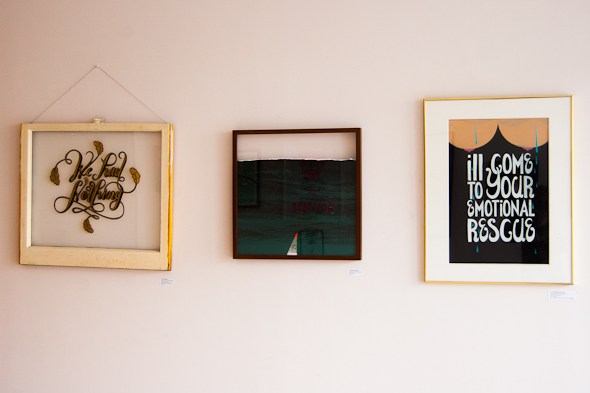 So while the concept of a typography-themed art show may be pretty commonplace these days, Songs That Saved Me sets itself apart with some truly inspired pieces. I came in expecting the usual Tumblr-approved song lyric art: angst-heavy words set in Arial, overlaid over an Instragrammed sunset or a young woman's feet. Thankfully, the artists participating at Huntclub took a far more ambitious approach. Even the more literal interpretations (like Lauren Pirie's take on "Undone - The Sweater Song" by Weezer, which laid out the song's chorus as the sweater's unraveling yarn) were still inspired in their execution. 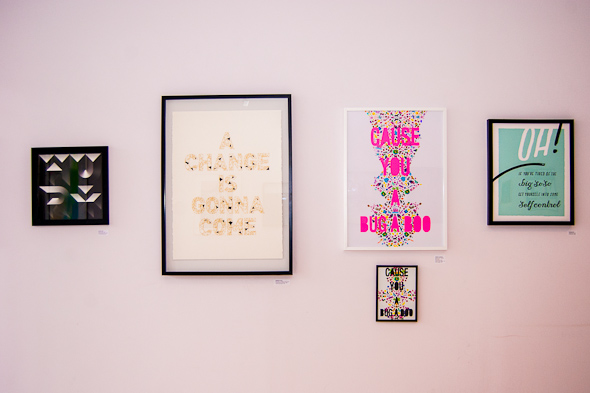 Rafael Ruiz, with Nine Inch Nail's "Hurt," presented what could easily be a recent NIN album cover. Repurposing the song's title into a monochrome geometric formation, Ruiz perfectly tapped into the song's steely emotion, not to mention the band's general aesthetic. Likewise with Danielle Hession's interpretation of Destiny's Child's "Bug a Boo," which utilised stickers of kittens, castles, and cupcakes to replicate one of the all-time great late 90's jams. 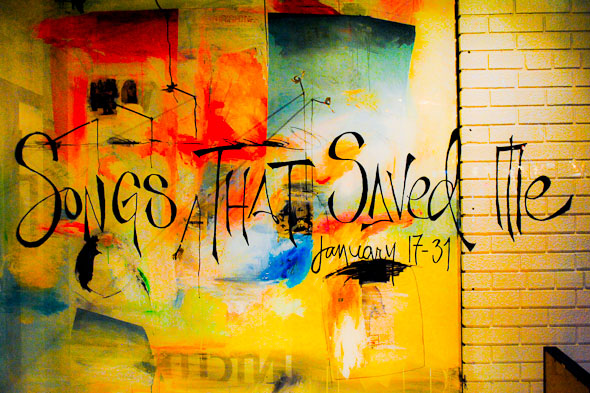 But best in show for me goes to Danny Appleby, who clearly had the most fun with his assignment. Taking on the immortal chorus of Bruce Springsteen's "Atlantic City," Appleby took "Everything dies, baby, that's a fact / But maybe everything that dies someday comes back" at face value, and it turned it from a mobster's elegiac lament into the tag line for an 80's zombie flick. 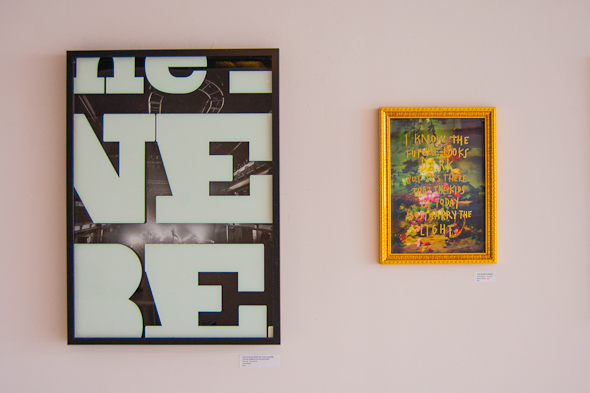 Huntclub's ongoing commitment to making its art accessible means that the average under-employed 20 something can actually purchase the art. And with originals and prints both for sale, we can now all relieve the glory days of our youth, without having to unpack those embarrassing notebook covers. 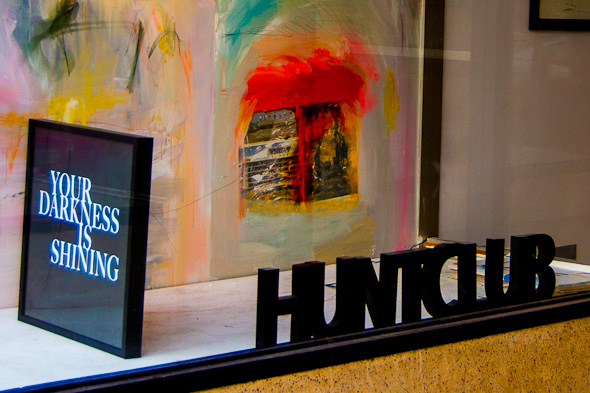 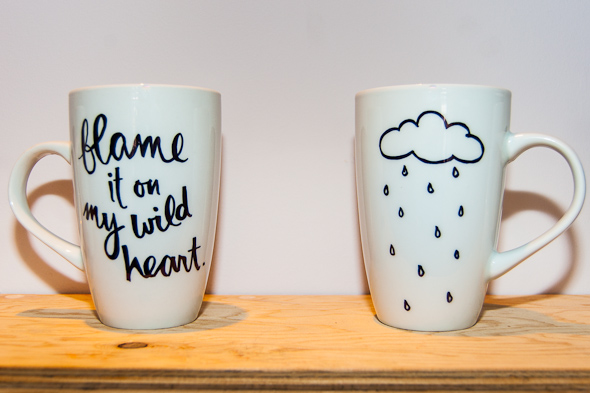