"For the most part, celebrities make terrible models," Albert Watson told a crowd of over 300 at Berkeley Church on Friday evening. The award-winning Scottish-born photographer, who has shot over 200 VOGUE covers and 40 Rolling Stone magazine images, was in town for the Thursday opening of his latest exhibit, Albert Watson: Archive.

In a postponed lecture (thanks to Hurricane Sandy), Watson scanned through the iconic images of his career, telling stories and fielding questions from the audience. He called the first time he picked up a camera as a young film and television student at London's Royal College of Art "a bolt of lightning" in his head â something clicked and everything fell into place. 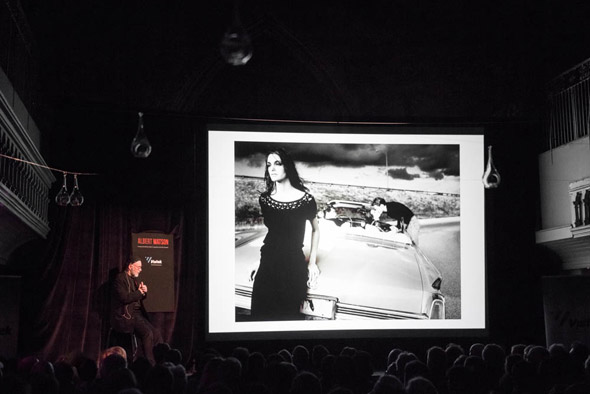 Highlighting photos from the new exhibit, like a reverse shot of Mike Tyson's neck and a nude Kate Moss on her 19th birthday, Watson's stories surrounded his humorous, sometimes abrasive, encounters with the many celebrities he photographed. Despite his belief that celebrities do not move as well as professional models in front of his lens, the 70-year-old photographer has had many successes in shooting them, often prodding them for better performances to create his legendary shots. 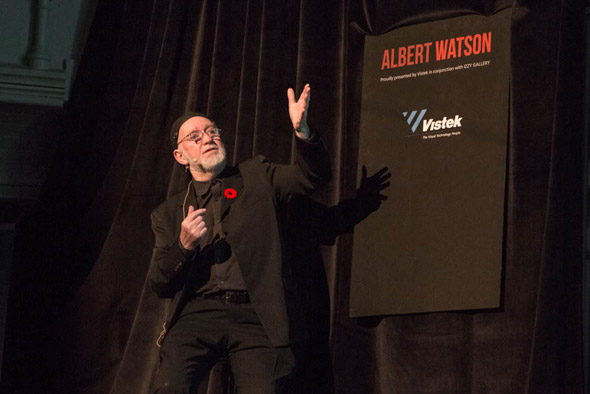 Watson told of how moments before he took a portrait of Steve Jobs on film, the innovator criticized his decision to not shoot digitally. The resulting image of that shoot is the now-famous shot of Jobs, clipping his chin between his thumb and forefinger, that graces the cover of Walter Isaacson's biography on Jobs and appeared on Apple's website the week of his death. 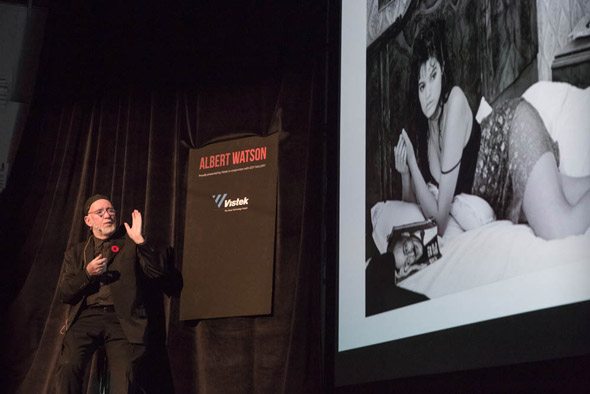 The entire collection on display at Izzy Gallery consists of celebrity images shot on film, something Watson continues to do because of his love for the dark room. Photographs like the double exposure of Mick Jagger as a leopard, one Watson calls "a pure fluke," were only possible because of his love for the printed image. Expecting to never develop the film, the photographer traced the image of a leopard directly on the camera's viewfinder, matching it to Jagger's face in frame. A rare copy of the piece sold for nearly $30,000 this past week.