2012 Grange Prize draws a crowd to the AGO

For a working artist, $50,000 goes a long way. And as the winner of the 5th annual Grange Prize for photography, the UK's Jo Longhurst will now have the opportunity to experience it, thanks to the online votes of over 19,000 people. On Thursday night, as part of the AGO's 1st Thursdays series, Jo was named as the big winner, during an evening that also included performances by local buzz-band DIANA and a DJ set from Austra's Katie Stelmanis. 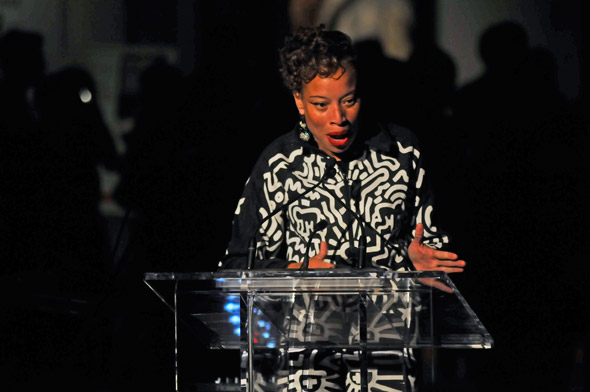 Hosted by Toronto-born model and onetime Canada's Next Top Model judge Stacey McKenzie (whose Keith Haring-inspired Addidas jumpsuit was seriously covetable), the awards ceremony was surprisingly muted for the amount of hype the Grange has received. In addition to it being chosen by the public, the Grange Prize is a definite anomaly among major art prizes. Each year, two nominees from another country are selected alongside two from Canada, with each finalist granted a residency in their partner country. 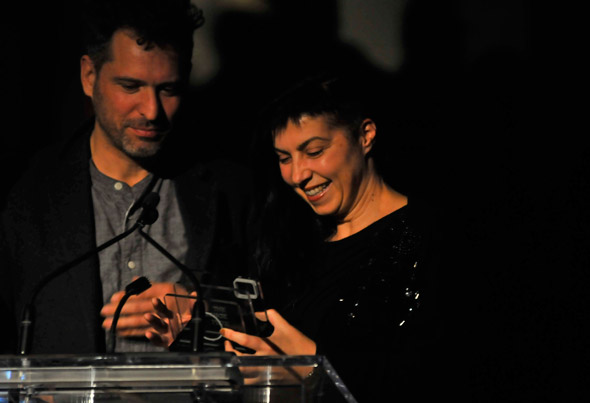 Longhurst's work, which has been on display at the AGO since early September, examines ideas of physical perfection in competitive gymnastics and dog-breeding, and she was a bit of an underdog in a race that also included Welsh fashion and music photographer Jason Evans (bets known for his many portraits of Radiohead) and local conceptualist Annie MacDonell. In addition to their prize money, Jason and Jo will be joining the AGO's Artist-In-Residence program here in Toronto, and Annie and Montreal-based artist Emmanuelle LĂŠonard will travel to the UK to develop their photographic practice. 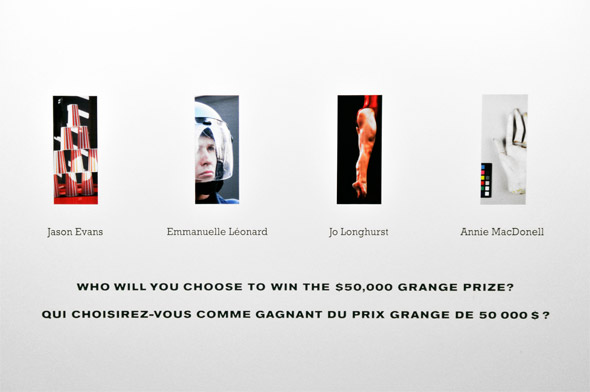 With the awards ceremony running an economical ten minutes, it felt like more a footnote to the surrounding 1st Thursdays event, which gives visitors free run of the museum from 6:30 to 11pm each month. Basically a carnival for adults, this month's revelry included the usual pop-up bars, nude figure drawing, and dancing in the museum's Walker Court, alongside Frida and Diego-themed margaritas and tacos. These types of events are clearly a winning formula, as the success of the Brooklyn Museum's similar 1st Saturday series has proven, and the massive line-up outside the building showed that it can definitely find success in Toronto.

Yet somehow the oyster bars, olde tyme photo booths, taco stands, and omnipresent DJ's just weren't enough to get any real energy out of the crowd. One imagines scores of AGO employees in the centre of the museum's atrium, bellowing "Are you not entertained?" at the crowd politely sips on their themed drinks. The prize announcement barely mustered applause, though that may have been due to the presenter's initially awarding it to "Jay Jonghurst." 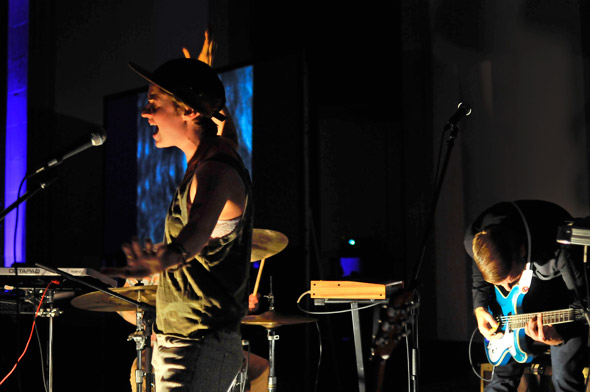 Thankfully, following the big announcement was a performance from local upstarts DIANA, whose infectious energy was enough to persuade a few attendees to even sway and occasionally nod their heads. Yeah, so we may have just hyped them, but they really are the real deal. Carmen Elle's mesmerizing vocals faced an uphill battle against the night's frequent sound issues (which included the nominees video being muted for the first fifteen seconds), but the band still managed to play a thoroughly enjoyable set against a backdrop of creepy-cool images of eyes and hair from rising photographer Laurie Kang. 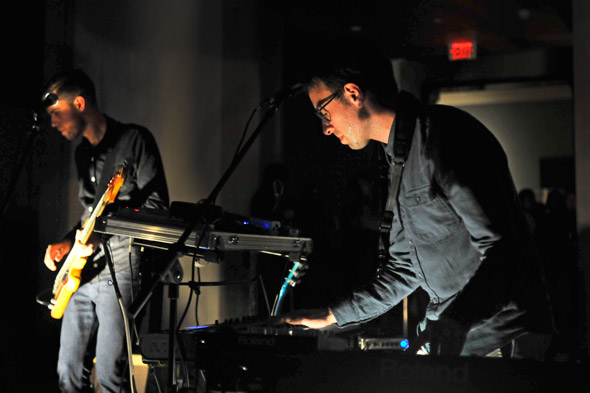 It may to take a few months before attendees of 1st Thursdays realize they can let loose a little, even around millions of dollars worth of art, but once they do, it'll make for seriously entertaining event.