The brilliantly imagined and executed "Museum For the End of the World" — curated at City Hall and Nathan Phillips Square by Janine Marchessault and Michael Prokopow — provided participants a 4D experience of the end of days. It was very effective, because the works felt cohesive and truly complemented, strengthened, and enhanced each other. 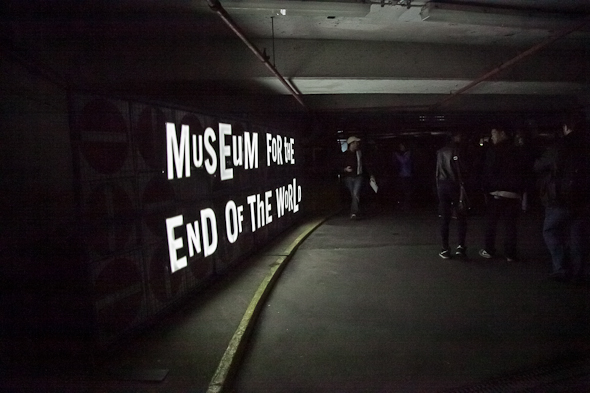 The works in the underground garage were the highlights. My friends and I entered at 7:30pm - shortly before the long lines began. A fun house-like "Museum For the End of the World" lit sign greeted us. By the time we got to the bottom of the blood-red lit ramp and were greeted by a crash scene, the mood had darkened. Phone reception had waned and people slowly became anonymous silhouettes. 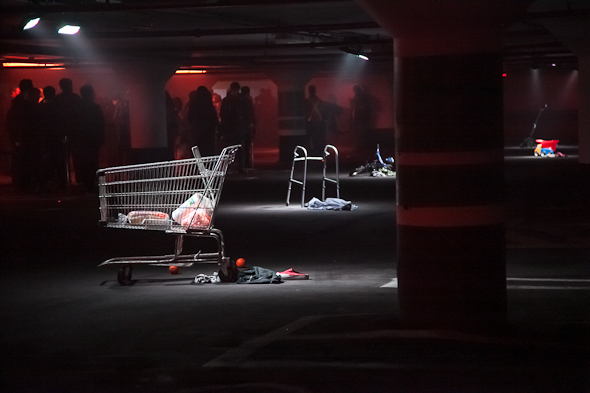 The curators smartly utilized lighting to set the tone in the emptied lot, which could not have been a more unexpected but perfect artist's canvas. A few feet beyond the crash scene, under eerie purple lighting, a grotesque slab of raw meat laid on the ground — an abandoned grocery cart and walker a few feet behind it — confirming my worst fears: Lady Gaga had been raptured. 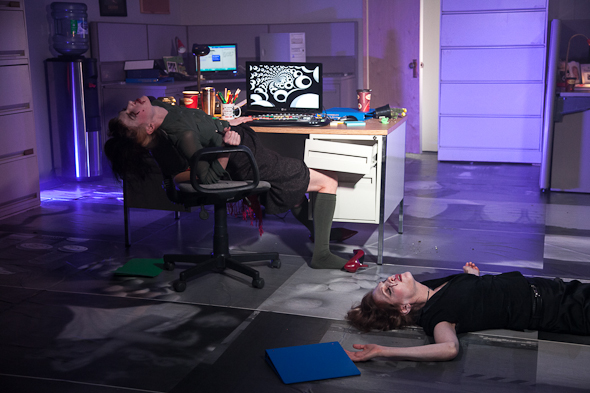 Douglas Coupland's "Museum of the Rapture" was one of the evening's scene stealers, offering three living tableaux set pieces: a classroom, Christmas-time living room, and office. They were Tim Burton-esque in their creepy cool factor. You almost forgot that you were in a garage as you took it all in. 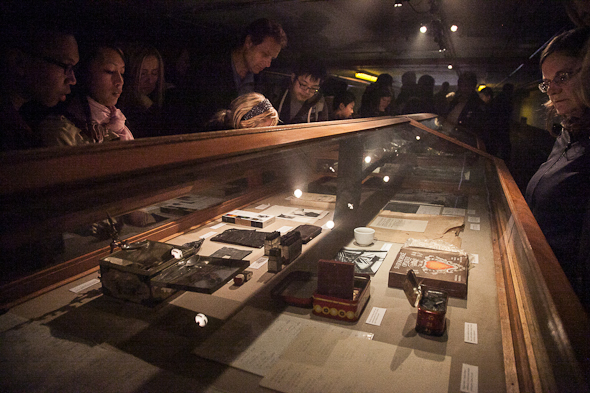 The findings of a trailer that belonged to a paranoid man driven by the fear of catastrophe were showcased in Iris HÃ¤ussler's "Ou Topos." The man had collected and wrapped over 1,200 canned foods in lead foil, a sample of which were shown in display cases. This exhibit felt like a found footage Blair Witch-esque horror film brought to life. I found its simplicity very effective. 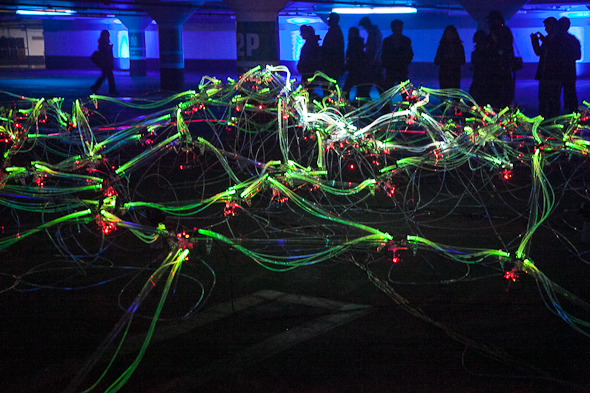 It wasn't all doom and gloom, however. Jean Michel Crettaz and Mark-David Hosale's "Quasar 2.0: Star Incubator" presented a hope for renewal. The interactive light and sound installation - resembling a space-like creature plopped into the garage - signalled that amidst catastrophe, a new planet might be born. Artsy fartsy, yada-yada aside, it was just damn cool to look it and was a great photo op. 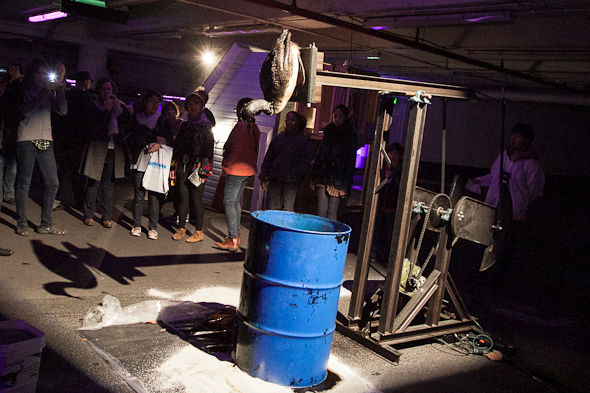 Thankfully the curators didn't take themselves way too seriously as evidenced by the charming "Postcards from the End" by Sarah Beck that ended the garage trek. Participants became part of the postcard set pieces and could snap their own photo souvenir from the end times. I stood in line behind a mother whose child was dressed in a Winnie the Pooh hoodie and felt nothing but delight.

There were a few misses. The "Symposium - Until The End of The World" - featuring different lecturers at Council Chambers - took away the experiential element. In the garage, Dana Claxton's "The Uplifting" video installation felt expected and uninspired, especially since this is the seventh Nuit Blanche. 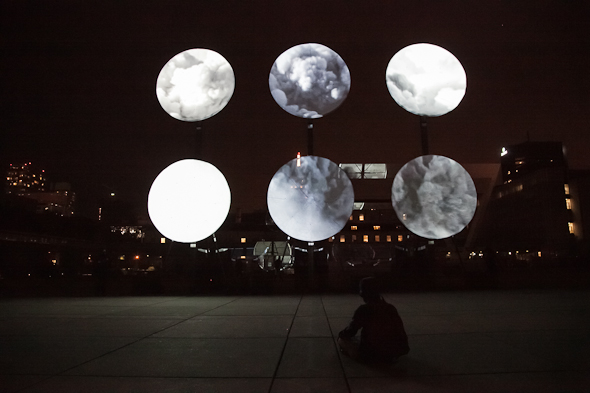 At the heart of Nathan Phillips Square, Christine Davis' "World Without Sun" projection installation provided a trippy visual and aural piece, but I couldn't help but feel that the prime real estate could've been better utilized. Given the end of the world motif, I felt the atmosphere was sedated and subdued. 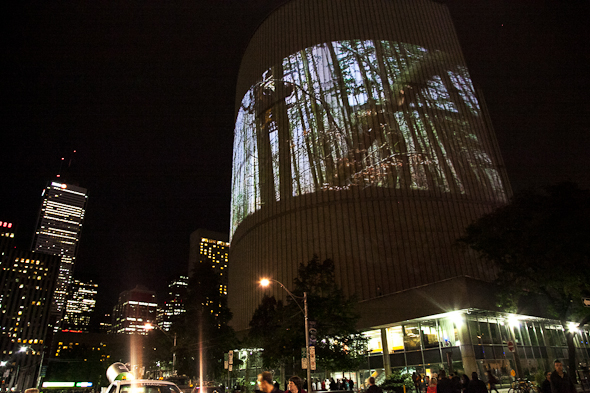 As my group exited the garage and made our way down Bay to Queen, I looked up at Tania Mouraud's "Once Upon A Time" video projection on the City Hall's East Tower. I reflected on why I love apocalyptic films and dystopian novels so much. It's because they make one imagine what it must be like for the surviving characters. For an hour, the City Hall exhibition provided just that kind of geeky escapism. I wouldn't be surprised if the underground garage continues to be a canvas for future years to come.