Unlike his trademark martini, my interest in James Bond was recently stirred. The exhibit Designing 007: Fifty Years Of Bond Style has just opened in the gallery space at TIFF Bell Lightbox and runs through January 20, 2013. 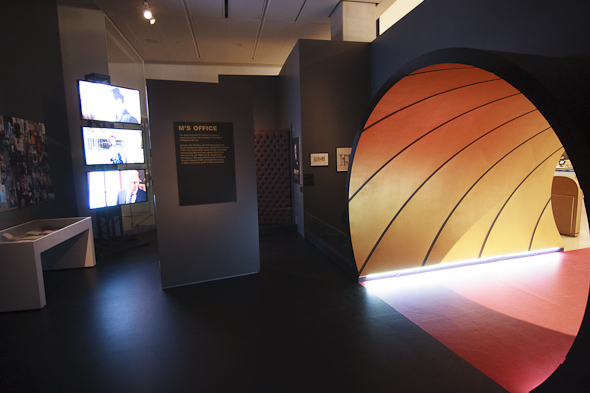 After walking down the barrel of a gun into the exhibit, attendees are presented with costumes, storyboards, props, art pieces, miniatures and more. Beginning with a golden replica of the typewriter used by Ian Fleming to author the Bond series, you can continue into M's office, which features a beautiful oil painting that was my favourite piece at the show. 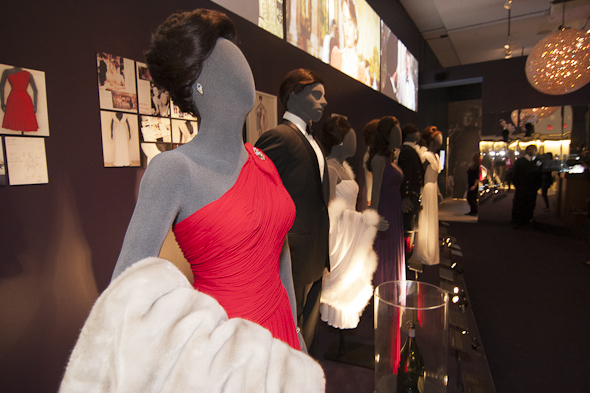 The costumes, which are a huge focus, did little to impress me. As a guy who's often seen in a vintage tee and a pair of pants that I swear are not mine, that shouldn't surprise anyone. A tuxedo without Connery inside of it is, sadly, just another tuxedo. The outfits will likely impress some, as I heard other people "ooh" and "ahh" while walking about. 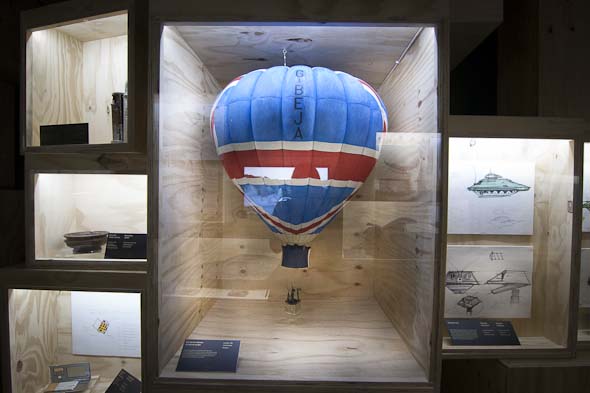 Most impressive, to me at least, were the displays of movie storyboards and extremely detailed set design drawings. I could have spent hours ogling these features alone. Speaking of ogling, in the centre of one of the spaces is a mannequin replica of the iconic gold-covered body of Bond girl Jill Masterson, displayed on a rotating bed. Try not to get caught staring at this piece for too long. 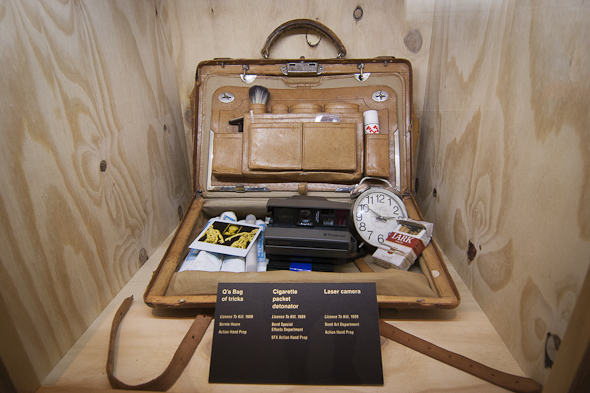 The weapons deposited throughout the maze-like exhibit are pretty cool, as well, including the spring-loaded knife shoe, laser guns, and even Odd Job's razor sharp throwing hat. You can even get a look at a bionic claw arm, and the metal chompers wielded by the henchman Jaws. 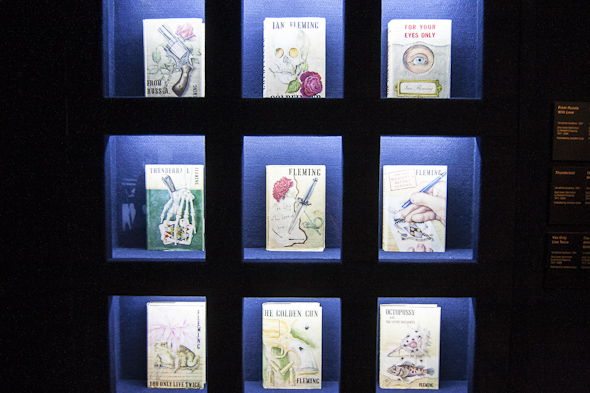 A weak point of the exhibit was the video programs looping on screens throughout the space. They seemed to showcase random bits of Bond without any real theme or focus. These screens would be better used showing the best quotes from Bond, every Bond kill ever, all the Bond gadgets, or other video gems that I easily discovered on YouTube which searching for Bond. 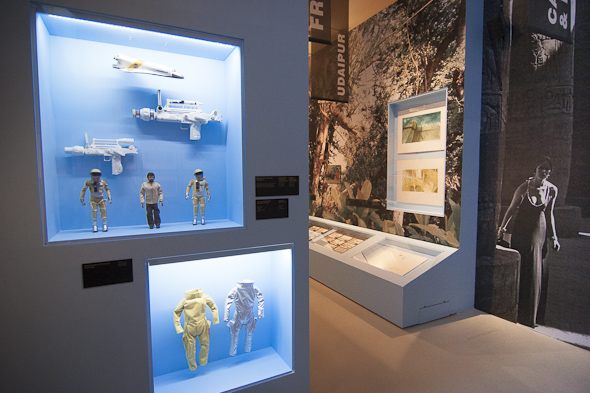 With the 23rd film in the Bond series, Skyfall, opening this November 9th, I'm sure there will be enough renewed interest in everyone's favourite secret agent to make the show a success. Also, it's a great place to take a date--you can have a conversation about the films while you walk around, but try to pretend not to notice the spinning naked woman. 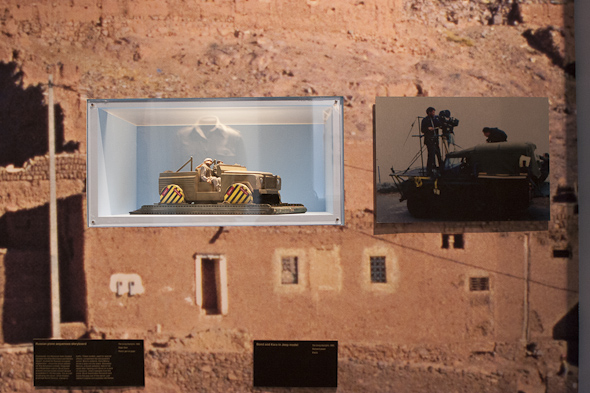