Everything, it seems, is always better on wheels (or maybe I just have food trucks perpetually plaguing my mind). So it's no surprise that this year's National Design and Architecture Exposition and Conference (or IIDEX) features a series of installations set inside a lineup of 18-wheeler trucks.

"Special Delivery," as the exhibit has been dubbed, showcases the works of artists and designers, paired with a corporate sponsor. 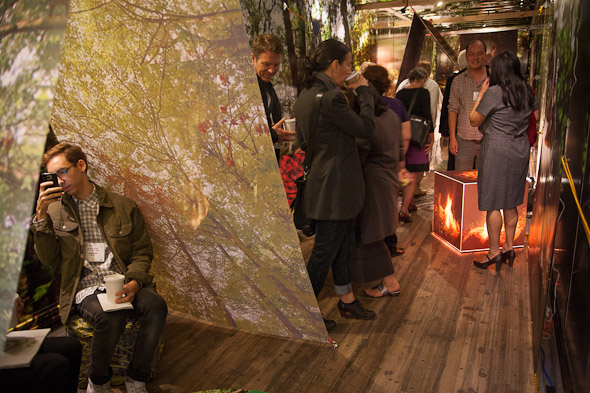 The first truck, called "Simulacra," illustrates the work of film and video artist Christina Zeidler. The interior has been transformed into a 2-D rural campsite, complete with obligatory lumberjack shirt, burning fire pit, and the occasional raccoon and wolf peering out from the trees. All the images have been printed (can you guess the sponsor?) using HP latex technology. 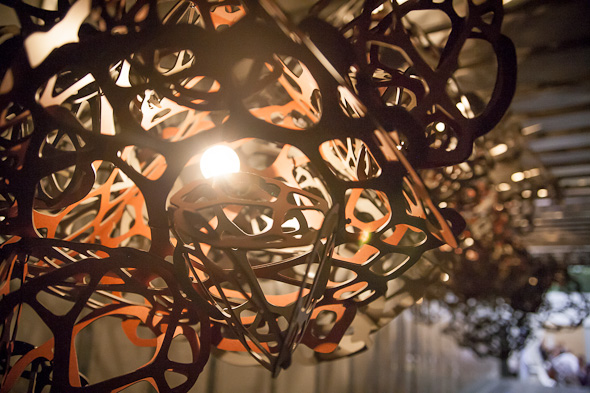 The next truck installation, Scott Eunson's "Surface Forms," takes a high-pressure laminate and manipulates it to create three-dimensional sculptures. Suspended throughout the length of the truck, the resulting impression is that of minimalism, with the (slightly graffitied) interior walls of the truck left as is. 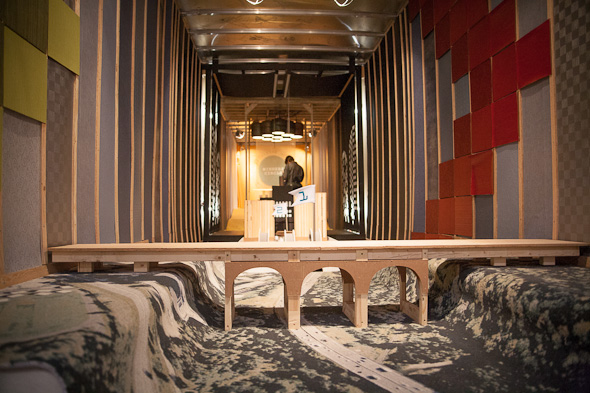 Then there's the most interactive of all the exhibits â the "Fugitive Golf" five-hole mini putt created by Fugitive Glue and Inspire (and yes, it comes with golf balls and putters and everything). The scene is that of a mini-Toronto, with a couple notable landmarks (hey there, CN Tower) and custom upholstery and woodworking. 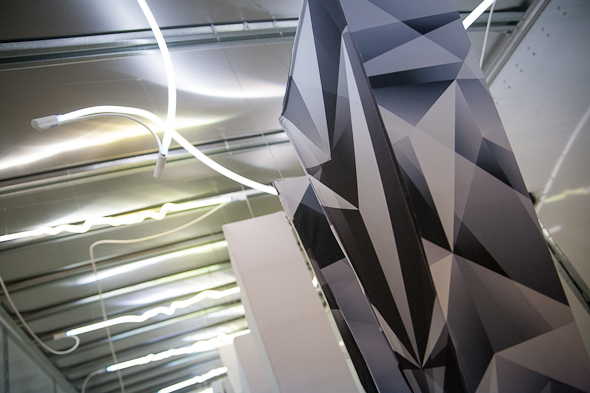 Solo for Piano in the Key of Light

Lastly, the most "Nuit Blanche" of the trucks (in my opinion) is the collaboration between artists Jade Rude and Orest Tataryn. Called "Solo for Piano in the Key of Light," this exhibit is all about angles, light, and interpretation (in essence, make what you will of the bright, angular display suspended along the centre of the space). All of these trucks will take to the street this weekend, stationed outside the Gladstone Hotel from 10 a.m. to 4 p.m. this Saturday. 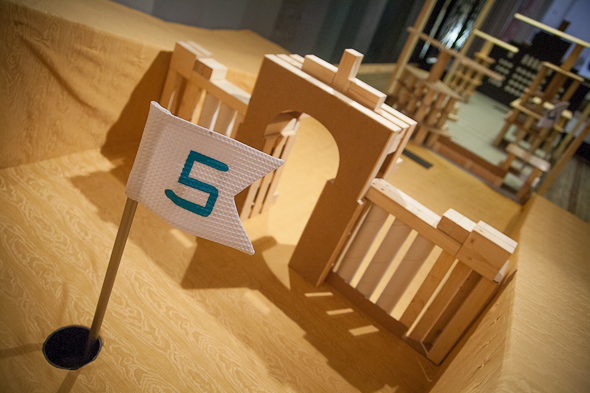 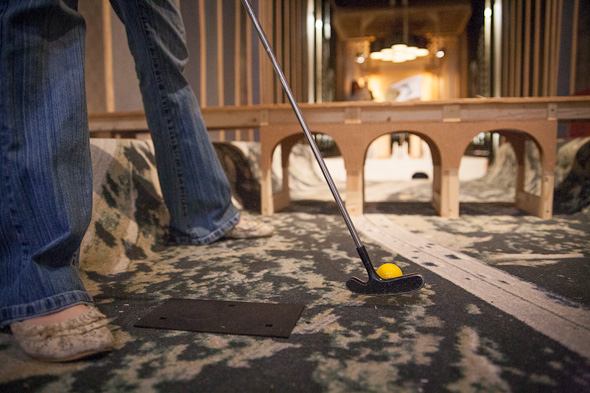 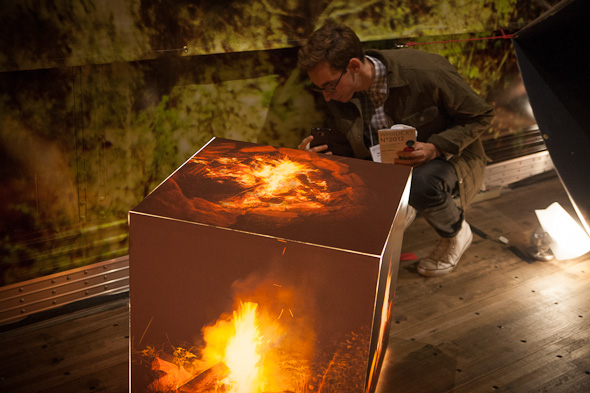 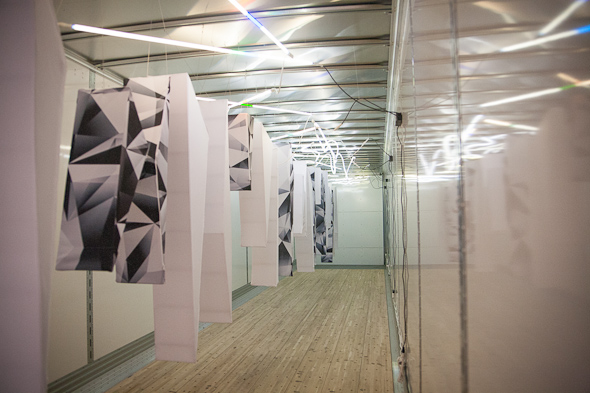