It's been a busy year for Sook-Yin Lee. In between playing Olivia Chow in the upcoming TV movie Smilin' Jack: The Jack Layton Story, location-scouting Mexico for a ghost story she'll be directing, and keeping up with her duties hosting CBC Radio's DNTO, the multi-talented ex-VJ has now launched a solo show to display her recent work with experimental film and photography.

Opening tonight at Oz Studios, Lee's latest creative endeavor is part of the TIFF Future Projections Programme, an offshoot of the festival that combines visual art with the moving image. Eight artists are participating this year, with exhibits as varied as a shot-by-shot remake of Roman Polanski's Chinatown, to a project allowing shock-rocker and performance artist Peaches to run wild through the Drake Hotel. 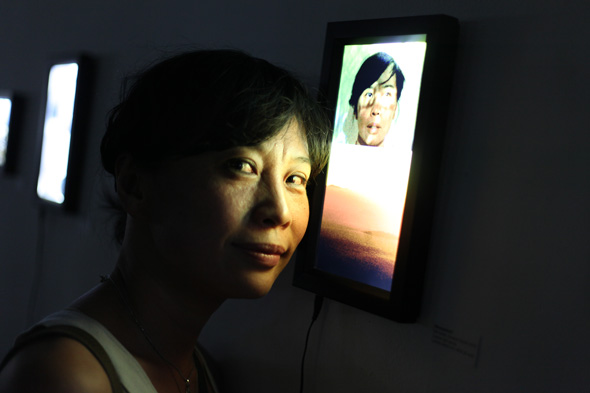 Lee's show, entitled WE ARE LIGHT RAYS, is the unexpected result of an abandoned film project she began in 2011. After her sister Deanna was diagnosed with cancer, Lee flew out to her hometown of Vancouver to visit, and the feature was put on hold indefinitely. Coping with the residual feelings left behind by her untold story, Lee found a new kind of inspiration through conventional photography. When Lee then organised the unrelated shots into pairings, she found that the combinations had a kind of "weird chemistry." And thus, a new project was born. 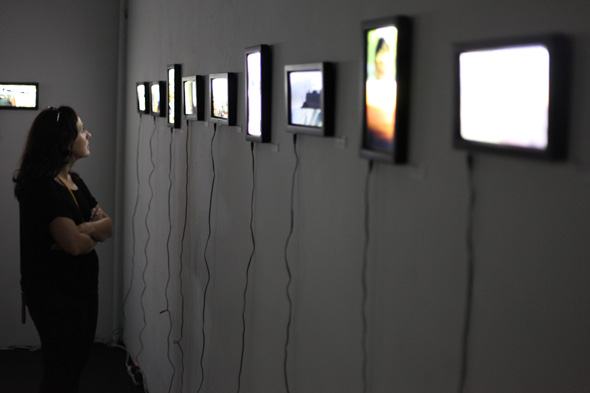 WE ARE LIGHT RAYS is a presentation of these merged photographs, or what Lee calls "collage poetry." It was a productive exercise for Lee, as she says that her experiment with photography had "really honed my storytelling chops." Many of the works gesture towards narrative through a strong contrast between their two images, while others calmly share a visual element, but all of the pieces reflect the pull that narratives still have on us, even when we are forced to largely imagine them. Displayed in light boxes, and accompanied by the gallery's ambient music, the photographs almost succeed as two-frame films. 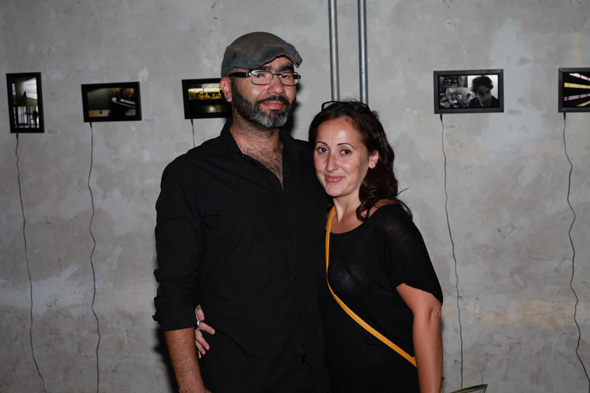 Ironically, the photographs end up topping the show's actual film: a montage of test shots from the abandoned feature. A three minute loop of old architecture, grainy newscasts, and street performers, the piece is an oddly-paced exercise in free association. Labelling it a "video sketch," Lee's video provides no hints at the narrative of the film she left behind, and instead acts as an "evocation of mood." Combined with ominous music, also composed by Lee, the film's tone is one of suspense and unease, and the choppy editing and uncanny imagery is often difficult to watch. 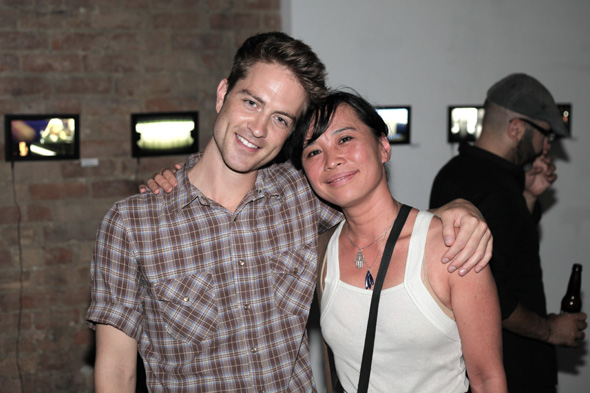 The Future Projections Programme is predominantly based on the moving image, and unfortunately, the show suffers from this constraint. The photographs succeed so strongly on their own that the film feels unnecessary. As they were conceived through a film project, and challenge the ways in which we interpret film, it would be a stronger (and still relevant) exhibit with them on their own. But despite this one discordant element, WE ARE LIGHT RAYS is very much worth a visit. The merged photographs are truly stunning, and provide a contemplative counterpoint to TIFF's usual sensory overload.