This Saturday, Nuit Blanche participants will encounter the spirit of Kurt Cobain, dance in a disco lit up by photocopy machines, and have numerous other aural experiences in Helena Reckitt's exhibition "Once More With Feeling" in Zone C.

Reckitt is an independent curator and critic based in London, UK. Prior to that, she served as curator of Power Plant Toronto for four years.

"What's interesting with Helena is her knowledge of what's happening in Europe. There are a number of artists that we would never have thought of including," says Julian Sleath, Programming Manager at City of Toronto, Special Events.

I talked with Reckitt about why sound is a dominant element in her exhibition, how the inaugural Nuit Blanche Toronto inspired her work, and how London life differs from that in Toronto.

How did you come up with "Once More With Feeling"?

Part of it is relating to the fact that we've been having Nuit Blanche for seven years. So, how do we do it again but differently and put back some of the emotion and the qualities of the early Nuit Blanche years?

It's also about capturing the idea of repetition and looping. All the works have a repetitive looping structure. Things literally revolve, or sounds come back and haunt us, or the spirits of people from the past come back. 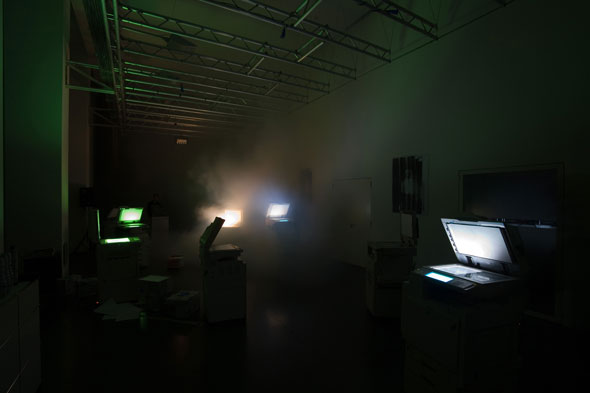 Why did you focus many of the works around sound and music?

Sound penetrates you. If you decide you don't want to look at a photograph, you can just turn away. But you can't escape from sound. It gets into you.

I was also interested in the voice and song as a threshold between the private and the public. To me, it's what Nuit Blanche is about; being an individual but within a public event, where you are experiencing art with hundreds of thousands of other people.

One of the works, "Smells Like Spirit" by Hadley+Maxwell, gives this implication of the ghost of Kurt Cobain, and his voice comes back to haunt us through the chants of the crowd demanding that he comes on stage. So it's both his voice and the voice that we take into ourselves; the tension between the public and the private, the individual and the communal.

Similar to the City Hall exhibition, numerous works in your zone explore the end of days contrasted with a sense of renewal. Are we doomed or are we headed towards regeneration, where we can break free from our destructive patterns?

I think there are always so many different things happening all at once. For some people, the recent global crisis makes them more paranoid, more materialistic, and more determined to stick with their dangerous and speculative ways.

For others, it's incredible to see how they're going back to basics. Just look at Detroit and the resurgence of urban farming. People are buying up property for hardly any money, and it's almost like starting from ground zero. There's incredible resilience, optimism, and ingenuity in these projects. It's exciting to see this resurgence and renewal in the face of catastrophe.

What are some of your favourite Nuit Blanche memories?

I have so many amazing memories. In the first year, Diane Borsato's piece with tango dancers dressed as police officers; what a beautiful piece. I don't think it would work as well now, but that first year, when we didn't know what to expect, it was genuinely surprising and subversive.

Also in the first year, there was a mad project by Darren O'Donnell called "Ballroom Dancing," where children were DJ-ing and everybody was throwing balls at each other. The world was turned upside down. That was a real touchstone for me. One of my pieces was inspired by that work. "Body Xerox" by Simon Denny and Yngve Holen is a disco with lights provided by Xerox machines, because I just loved that chaos and madness of dance.

Probably my favourite all-time piece is "Mascots" by Jon Sasaki. That was so brilliant.

If someone only had time to check out three works from your zone, which do you recommend?

I hate this question! This is a really difficult one for me, because I love all of the works.

Trisha Brown Dance Company's "Planes" is a piece from 1968 with film projection of planes from the Vietnam era and soundtrack made by Simone Forti, who was one of the leading choreographers at the time in the (New York City) downtown art scene. It's quite dramatic. Three dancers at a time climb across the facade of a building. It's a rare opportunity to see an iconic work that hasn't been performed often.

"Body Xerox" is the second one. And then the third one is Hadley+Maxwell's "Smells Like Spirit." It's a new work and I don't really understand it yet, but I think it could be highly evocative and amazing. It's also located in the same theatre as Katie Paterson's "Earth Moon Earth - Moonlight Sonata Reflected from the Surface of the Moon," which is a stunning piece. 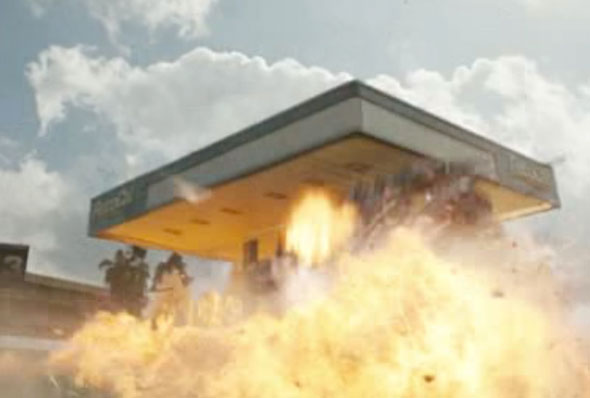 How does life and work in London compare to Toronto?

What I really miss about Toronto is how easy it is to hang out; things can be much more spontaneous. The city is quite big, but most people in the arts tend to live fairly close to each other, so there's a more organic way of organizing. This kind of thing doesn't happen as easily in London. It's a much bigger city. People tend to be more overscheduled and always checking the time; worrying about missing the last Tube. It's a more regimented lifestyle there.

Here in Toronto, because the art scene is smaller, people tend to come out more for everything, and you tend to see the same people at events, which is good but it's also sometimes a bit boring. In London, there are multiple scenes.

On the note of repetition, please tell me one thing you can do over and over with great feeling for the following categories:

A movie you can watch: Alfred Hitchcock's Vertigo

A book you can read: In the Skin of A Lion by Michael Ondaatje

A comfort food you can eat: Rice pudding

A place you can visit: Paris

A person you can spend time with: My sister. We're very close. There's a level of understanding between us generated by shared jokes and references. We tap into something that nobody else can, and anybody else who is around us would just find it irritating, but we love it.