Shauna McCabe signed on as a curator for this year's Nuit Blanche because she saw it as a great opportunity to explore the city's history and public space. Her project, "Drift" in Zone A, will feature works that "(transform) architecture and landscape in ways that highlight memory, history and imagination and converge in our everyday experiences."

"We decided this year to expand the exhibition zone along King Street to David Pecaut Square to give ourselves new opportunities and Shauna has embraced that," says Julian Sleath, Programming Manager at City of Toronto, Special Events.

McCabe is the current Executive Director of the Textile Museum of Canada. She was previously the senior curator at the Confederation Centre Art Gallery in Charlottetown, PEI, and she has produced over 50 exhibitions of Canadian and international artists.

In this Q+A, McCabe discusses the challenges of mounting a Nuit Blanche exhibition, and how other Nuit Blanche programs are being brought to life in cities such as Calgary.

How did you come up with your theme, "Drift"?

I'm always aware when I'm walking through the city that there are stories that aren't apparent, but hidden in the landscape around us. The works that I've invited into this zone are basically looking at the architecture and the landscape in ways that really pull out the memory, history and imagination that are part of our everyday experiences.

Two of the pieces, for example, are nice bookends to each other. "Lighthouse" by British artist Catherine Yass will be a projection at TIFF Bell Lightbox. It looks at a lighthouse that sits miles out in the English Channel. On the other corner, at Brookfield Place, is an installation called "Beacon" by Alison Norlen which is also a lighthouse form.

One of the many things that people don't know about the Financial District is the waterfront used to be at Front Street, and so a lot of what we think as downtown is really this in-filled terrain. There's this soft and kind of imaginative level that we're not aware of when we're walking around, and both of these pieces refer to this watery history. 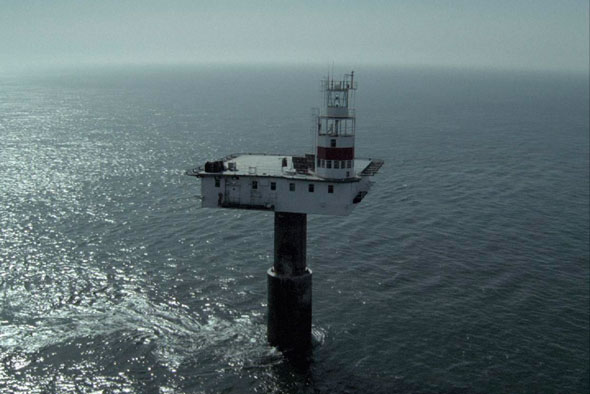 What kind of topics and ideas interest you?

What is part of our everyday experience is fascinating to me. When we bring imagination and memory to every place and every site we encounter, it turns into something else and it transforms. That is reflected in my zone, "Drift", and how meaning and the identification of landscape changes.

What were the challenging aspects of putting "Drift" together?

Pinning down the sites tend to be the most challenging thing; finding the right place for the different pieces, making sure the artists' work will work in the specific place, and that the effect will be what you and your artist want. In terms of the public space in downtown Toronto, it is what it is, and we have to find the spaces for each project. But once that's done, you're working on maximizing the experience. It's all very fun actually. It's not overly arduous; it just takes time.

If someone only had time to check out three things from your Zone, which would you recommend?

Oh my goodness, I can't do that! Okay, in terms of hitting the different kinds of work, things I recommend seeing are "Green Invaders" by Yves Caizergues, "Lighthouse" by Catherine Yass, and "High Water" by Will Gill. All three are different and DYI tech pieces, and all are both high tech and low tech at the same time.

What are your favorite memories from previous Nuit Blanche years?

Last year, I loved Isabelle Hayeurs' piece "Ascension" on the church along Queen Street. It was a projection within the church that used the architecture, so the projection was this infinitely deep space; the front of the church extending.

The year before that, I really liked the fish shack that the University of Toronto Arts Centre hosted. I thought that was a great idea, because the city has hot dog trucks everywhere, but this was playing off an idea of what else the city could be. 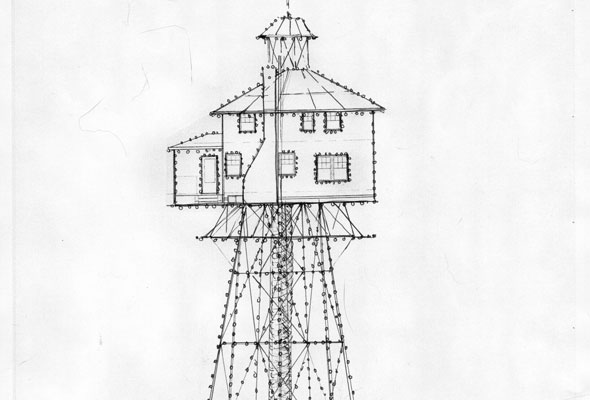 You spent seven years working as senior curator for the Confederation Centre Art Gallery in Charlottetown, PEI. How has working in Toronto's arts scene differed from that experience?

It doesn't really. We're all part of an international art context. There are similar platforms.

I also worked in Newfoundland. What places like Charlottetown and St. John's offer differently is that the communities are on the edge, so there's a different culture that emerges in these places. It's a different vernacular culture, so the art work that comes out of those regions has its own specific look and feel. Whenever you're working, your responsibility is to connect those things. In a place like Toronto, you have all of those elements in the centre, and the city is more an amalgamation of all of those experiences.

Nuit Blanche Toronto is about transforming the urban setting. Do you think the idea of Nuit Blanche could work in a suburban or rural setting?

Yes. Obviously it's working in the world in very different contexts. Lots of cities have it and in every city, it looks different. I was actually at Calgary's first Nuit Blanche on (September 15); very different city and different look.

I don't really think in terms of rural or urban. I think that Nuit Blanche is just a platform to celebrate the use of space around us and making people see things in a new way and changing the perception of that site for that night - and really, that can happen anywhere.

How was Calgary's Nuit Blanche?

It was their first time doing it. It was all in one two-block area and they had all of the installations in one public space near the City Hall. It was very different from Toronto, where we have three zones and City Hall. In Toronto, there is more way-finding involved and in Calgary, it was all contained, which gives it a different experience.

Every city does it differently and it's run by different people. In New York, it's more of a community-run event. In Calgary, it was the different galleries who were the motivating forces. I've also been to the one in Miami. It's in South Beach and they do it on a Friday night, but they don't do it all night.

Unlike Miami, Toronto goes all night. So what's your plan for staying awake?

I don't sleep much, anyway, and that's the truth. So it will be great.