Three months before the end of the Mayan Calendar, Nuit Blanche curators Janine Marchessault and Michael Prokopow will mount the "Museum for the End of the World" around Toronto City Hall — which was once blown up in the movie Resident Evil: Apocalypse — and Nathan Phillips Square, which will offer a "provocative, critical rumination about end times and a world in transition."

"The joy of working with Michael and Janine is they took a building that's very familiar to us all and found surprises and opportunities in the space. They have pushed us and opened our eyes," says Julian Sleath, Programming Manager at City of Toronto, Special Events.

Marchessault is a founder of the Future Cinema Lab at York University, where she holds a Canada Research Chair. Prokopow is a faculty member at Ontario College of Art and Design and was the curator at the Design Exchange from 2003 to 2007. In 2009, the two co-curated "The Leona Drive Project" in North York.

I talked with Marchessault and Prokopow about why the end times fascinate the masses, their favourite disaster movie, and where they will be on December 21.

Why did you get involved with Nuit Blanche?

Janine Marchessault (JM): Nuit Blanche is a festival that we have both admired very much. Both of us have done work connected to the city, and this opportunity came after we had completed "The Leona Drive Project" in 2009. We had also been thinking about creating an imaginary museum, so this was the perfect opportunity to create the "Museum for the End of the World."

How did you come up with the idea?

Michael Prokopow (MP): We took all the themes that have engaged us in our previous work and proposed a museum housed in a parking garage - which would often serve as a fallout shelter during times of war. We then came up with this idea for a museum for the end of the world. The city said "fantastic" and here we are today.

The idea of the world ending could also suggest that a new world is beginning. The museum is this dialectic exercise between ruminating how we've come to this point and why, and also positing what could be, and how it could be different. 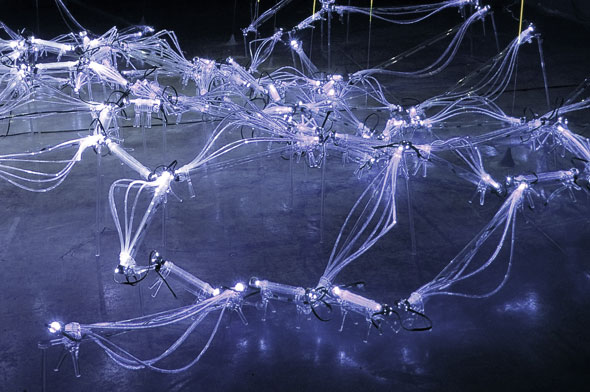 Please describe the process of putting together your project.

JM: We started with the larger pieces first. A piece by Christine Davis ("World Without Sun") in Nathan Phillips Square and a piece by Tania Mouraud ("Once Upon A Time"), which is a large projection on the East Tower.

Then we started to approach a variety of artists. We were really interested in artists that had that sensibility, either in their ability to deal with end of the world issues, or artists that were more able to produce pieces that were forms of consolation of ends of the world.

There's a kind of dialectic going on between pieces that are engaging with the horror - such as Douglas Coupland's "Museum of the Rapture" - or by creating tools to deal with the horror, such as "Quasar 2.0", which is a star incubator; a new planet generator.

Why does the theme of the end of the world continue to captivate the masses?

JM: Well, because it's the end of the world. In a way, people have said it's like the baby boom generation, who grew up with the threat of nuclear war. Our generation is growing up with the threat of climate change. If you turn on the news, there is a sense of the world being out of control; ecologically with unpredictable weather patterns, terrorist attacks, and economic crisis. In a world where everything is rationalized by control, we're actually living through the opposite: where nothing can be predicted.

Why is the City Hall building a good canvas to explore the end of the world?

MP: Just think about the competition around the building of the new Toronto City Hall: replacing an old 19th century Richardsonian building with something that exemplified and represented all of the promise of technology and the project of modernity.

That competition of 1958, which was international and yielded 510 entries, was chaired by Eero Saarinen. The winning entry captured the idea of a modernizing city and the two curved towers operated metaphorically as a type of embrace of democratic governance. The council chambers, while looking space-like, were elevated and somewhat transparent. The architecture of the complex was a physical representation of ideological hope.

And yet, I think most people now see that building as intriguing but dated. We know that all of that promise in the modernist project hasn't proved to be true. In fact, it's turned out to be folly and detriment. So the idea of staging a museum for the end of the world at a government complex - where there is such doubt about the efficacy of government and criticism about the nature of power - makes a lot of sense. 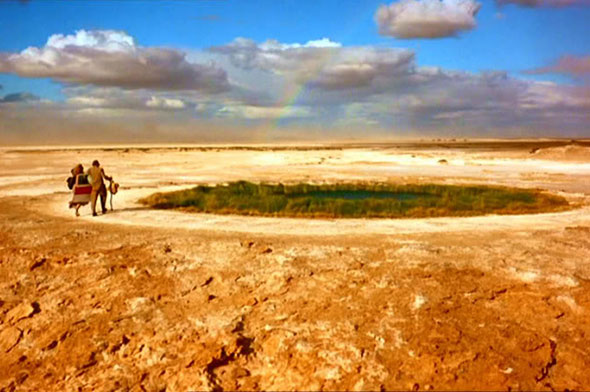 If someone only had time to check out three works from your project, which would you recommend?

JM: That's a very unfair question! What we would draw attention to is Iris HÃ¤ussler's project ("Ou Topos"), which is right at the centre of the museum in the underground parking garage. It consists of a pop-up trailer, which was actually an artifact from an investigation that began in 2011. A trailer was found in the underground parking garage of Nathan Phillips Square, abandoned and filled with all these survivalist artifacts. The trailer itself belonged to somebody who was obsessed with radiation and was incredibly paranoid. The figure that Iris uncovered is probably the zeitgeist of the entire exhibition.

Certainly, the symposium in City Council Chambers featuring the great (Slovenian) philosopher Slavoj Zizek, who is famous for saying that the world will come to an end before capitalism does. That's an important feature. Douglas Coupland's "Museum of the Rapture" is going to be a very spectacular piece, and I'd say "Quasar 2.0" is also going to be quite spectacular.

What were some of your favourite Nuit Blanche experiences from previous years?

MP: Last year, one piece I found very effective was near Commerce Court. It had police sirens and strobe lights and you went through the interior of the court yard, and there was some remarkable surveillance happening as if something had just gone down with government. I was very affected by that.

What is your favourite disaster-themed book or movie?

MP: For book, I'd say Lord of the Flies. It speaks to the capacity of human beings to do things that are bad, and the fact that civilization and community are so easily swept away by more animalistic instincts. For a movie, I really liked The Day After Tomorrow.

Where will you be on December 21 this year, which some predict will be end of the world?

JM: I'll be up at York University, probably in the Fine Arts Building.

MP: Grading exams in my office and finishing up the school year.

Stay tuned for interviews with curators from the other zones over the coming days.