Now celebrating its 10th anniversary, the Queen West Art Crawl has really come into its own. A three-day event straddling the Queen West and Parkdale neighbourhoods, this year's QWAC consisted of the open-air art fair in Trinity Bellwoods park, a live auction of participating artists' work at the Drake Hotel, free walking tours of nearby studios and galleries, and a Parkdale Nightcrawl combining visual and performing art in various venues, all of which helped to bring the area's fabulous grassroots art scene to a larger audience.

Content to let the Toronto Outdoor Art Exhibition skew towards the higher-brow, the QWAC has become a major source of exposure and income for the city's amateur artists and craftspeople, who are not often represented in the traditional art fair or commercial gallery system. The festival's juried Outdoor Art Show and Sale gave over 250 artists the opportunity to sell their wares directly to the general public, while live music and a KidsZone provided entertainment for the casual browser. 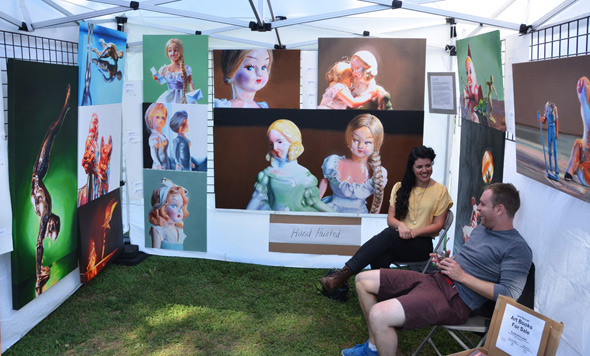 From the parade of food trucks staking out the park, to the plethora of screen-printed birds adorning canvas bags, visiting QWAC can often feel like living inside a Portlandia episode. Thus, QWAC's new partnership with online crafts emporium Etsy was a natural move, certainly fitting the crawl's DIY aesthetic. Etsy has revolutionized the way emerging arts sell their wares, a fact not necessarily represented by their booth's workshops on making friendship bracelets and flower crowns. But all snark aside, this year's QWAC was another fantastic sampling of affordable art from local artists both emerging and established.

SOME HIGHLIGHTS FROM THIS YEAR'S QWAC

Pamela Lobb blurred the line between craft and fine art with her etchings, lithographs, and monoprints hand printed onto Japanese paper. Finally molded together with fabric, the resulting effect looked like a fine China dish, whose intricate detail was only visible upon closer inspection. 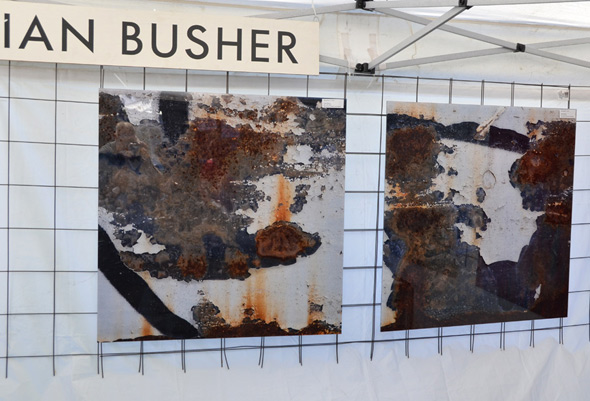 With the vast majority of the crawl's photography contingent focusing on major metropolitan landmarks or Canadian geography, Ian Busher's work was a breath of fresh air. His colourful photographs depict decaying wallpaper and building materials in an abstract, yet highly detailed, manner. 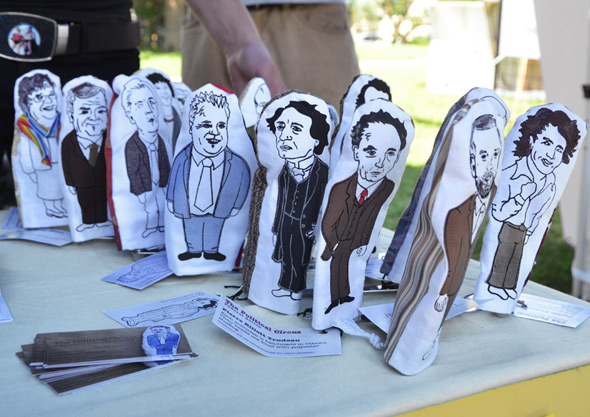 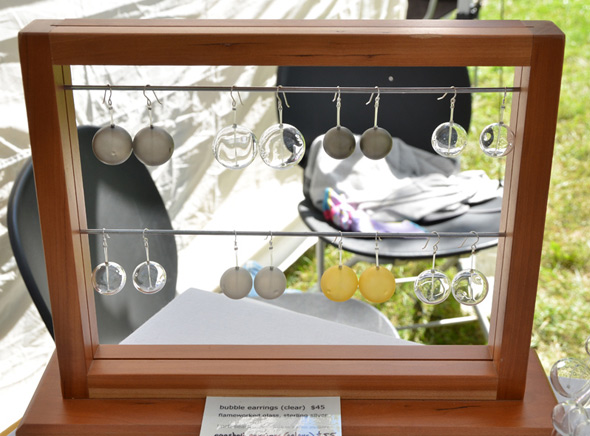 Jewelry is an uncommon sight at most art fairs, but it's often well-represented at QWAC. Feminine and modern, Karli Sears' colourful glass beads stood out from the sea of overly twee offerings, and were both artistic and highly wearable. 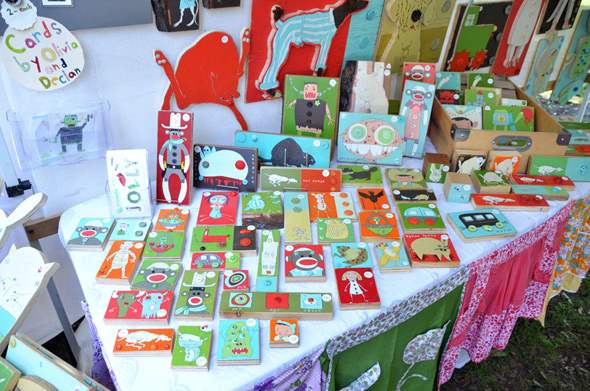 Judy Anderson's painting series, titled "Kuku caju," made for a hard tent to miss. Crammed wall to wall with brightly-coloured cartoon figures painted onto small squares, the series' creepy/adorable characters would befit both a child's nursery and a slightly unhinged adult's bedroom. 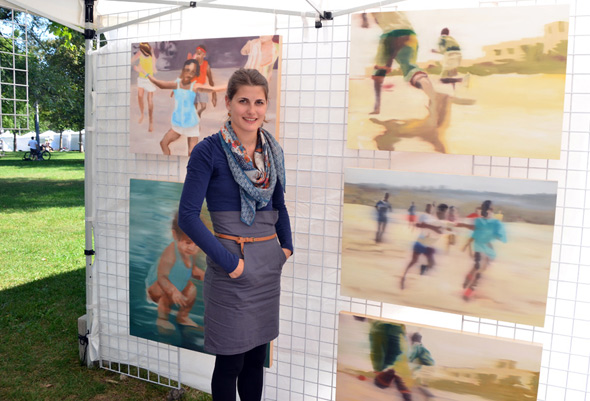 When conventional painting did appear at QWAC, it often shared a very similar sensibility: Canadiana was huge, with a barrage of paintings on wood depicting the usual hockey players and men in canoes. Shannon Dickie's blurred portraits were an anomaly, depicting the influence of modern digital technology and celebrating the present moment instead of indulging in nostalgia.