Canada's National Design and Architecture Exposition & Conference (IIDEX) graced the Direct Energy Centre again this year on September 20-21, showing off the latest and greatest in urban structure and design. The event featured more than 350 exhibitors, 80 seminars, several international keynotes, and four creatively made-over industrial 18-wheeler trucks, with the exhibition spread over two days and a space for sipping wine in the middle of the showroom. While there were countless exhibits showing off expert design and innovation, there were a few, in particular, that caught my eye. 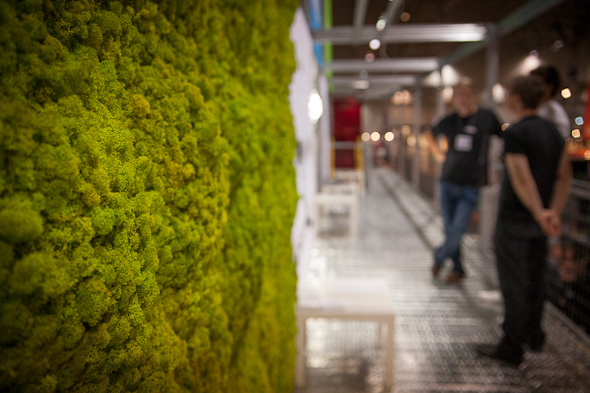 Maybe I've just been living in downtown Toronto too long, but I was really impressed by some of the green infusions this Italian company has created for private and public spaces. With a live model (pun intended) of its MOSSdesign vertical garden, this company creates everything from moss-based coffee tables to leafy panels for interior display. In short, I think I'm over concrete. 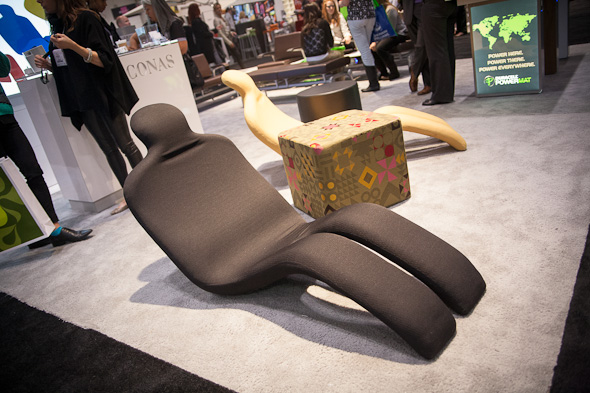 The highlight here is chaise lounges that look like someone reclining in a chaise lounge. It sounds silly, but I was immediately drawn to the quirky-looking "bouloum" chairs, which are actually part of the permanent collection at the Museum of Modern Art in New York. Huh. I guess it's fair to say that this Mississauga public seating supplier knows what works. Originally designed in 1969 by Olivier Bouloum, these chairs are available in 13 colours. 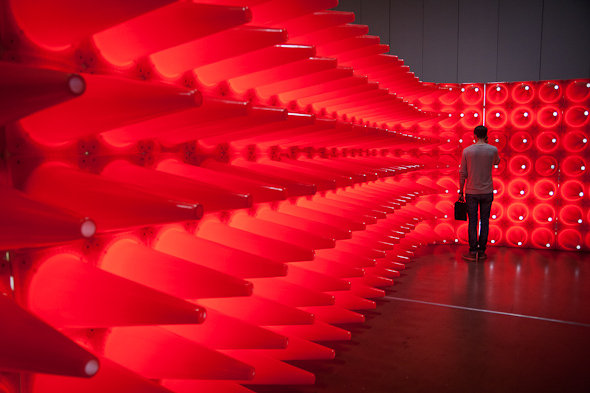 Mission Design was the resident Quebecois station at IIDEX 2012. The exhibit resembles a simple installation of illuminated pylons, but once you get up close and look inside each pylon hole, you'll see the work and details of various Quebec designers; nine design studios, to be precise. This exhibit highlights the work of groups including Muvbox, Lorange Design Libre, Toma Objects, among other Quebec-based companies, and would also look pretty badass beside a downtown construction site. 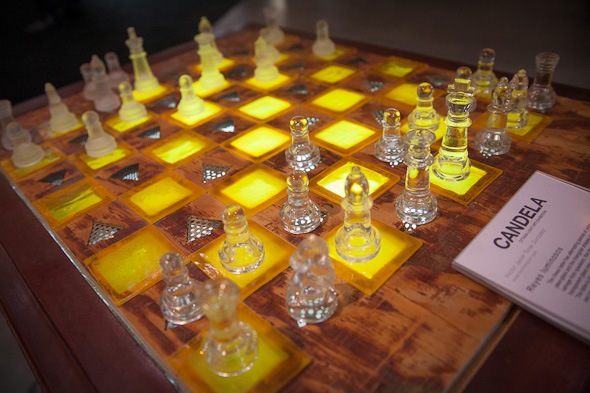 This exhibit presented light as art, and also a way to play chess in the dark. It featured works by both upcoming and established artists, with pieces such as an illuminated chess board created by Hector Javier Tovar Glez, a "Swank" bodice light fixture by Marcqus Laver and Marianne Dupont, and Reuel Dechenes' "Your Name Here" incessantly blinking installation. 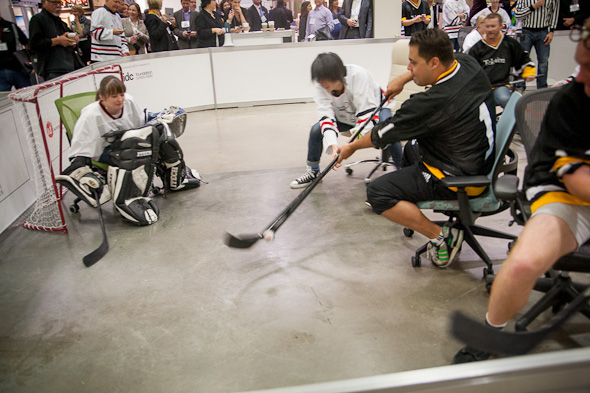 Okay â this one is less an illustration of impeccable design than just a fun thing to catch while at the show. Now in its second year, this chair hockey tournament raises funds for Helmets to Hardhats (helping returning Canadian soldiers find careers in the construction industry), and also offers a great opportunity for you, the spectator, to see which office chairs are the "spinny-est." For the record, the Teknion team swept the floor with Herman Miller. 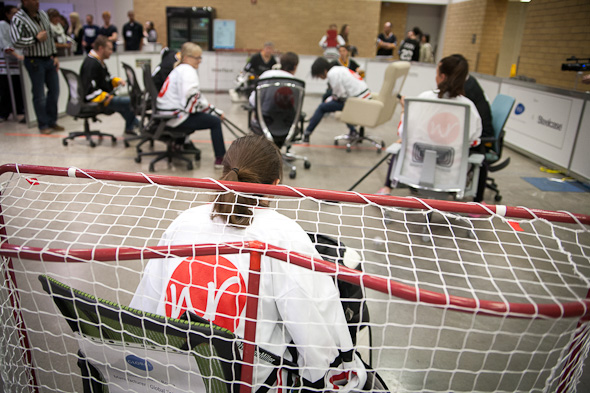 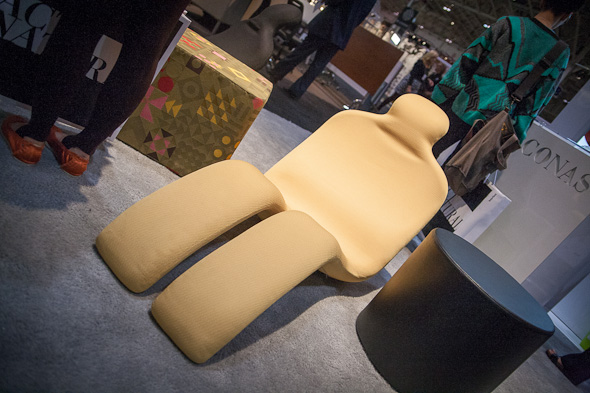 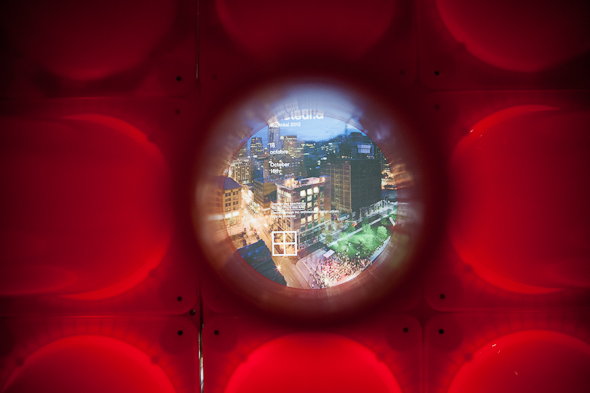 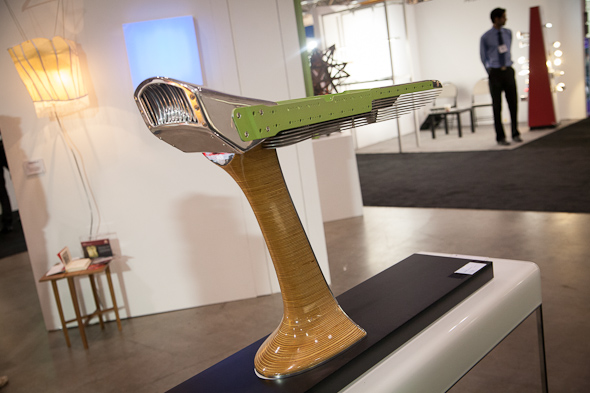