Score one for grassroots art endeavours--this past Saturday night, a carpark at 283 Howland Avenue presented the perfect setting for a night of art, food, and chatting by the fireside. 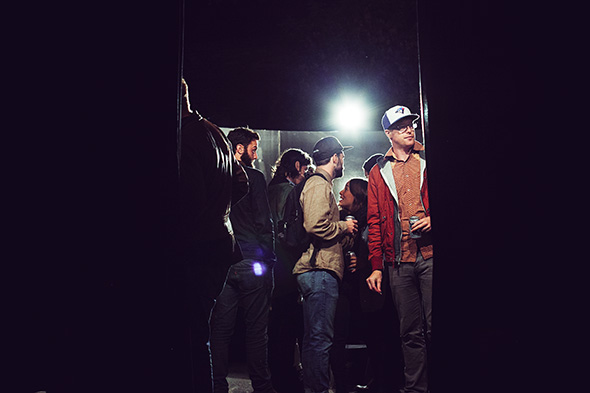 The evening featured several installations, some of them interactive, by local artists such as Kyle Brohman, Dave Nolan, and Lindsay Voeglin. 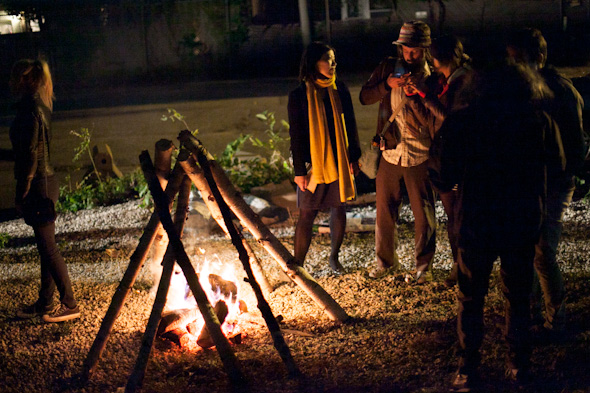 In anticipation of the first truly chilly nights of the season, a large bonfire was erected by Gemma Warren and Diana VanderMeulen, while "magic" chili and corn was available to nosh on. Cover for the event was free, but a table was set up, selling chili, marshmallows, and (of course) PBR, with funds going directly to the artists. 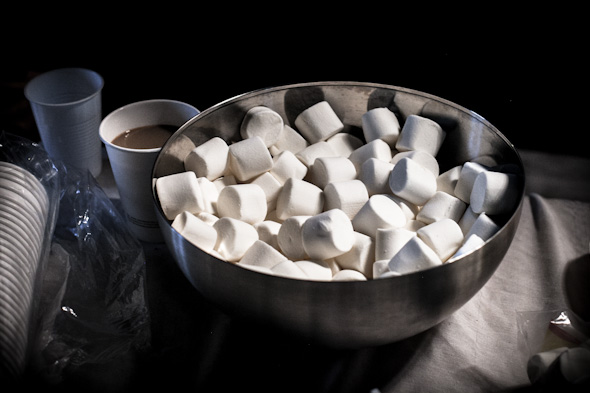 The crowd of approximately 60 took full advantage of the set-up, lending the event an atmosphere of casual backyard get-together, more than formal artistic dissemination (the PBR probably helped with that). One of the installations, a circular tent with a backdrop of audience images from rock shows, and a record player spinning classic rock in the centre--including Bob Dylan's seminal "Subterranean Homesick Blues"--saw a large group of people sitting and talking inside. 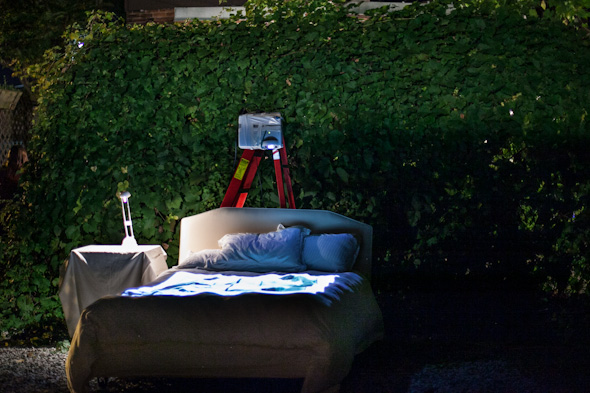 Voeglin's "Bedhead (?)" focused on the idea of hair as reflecting variations in mood and emotions over the course of a life, and showcased a made bed and a projection, while Calvin Winter and Christopher Lacroix came together for "Iv(A)N", a series of projections exploring how gender and ethnicity are affected by linguistic objectification. 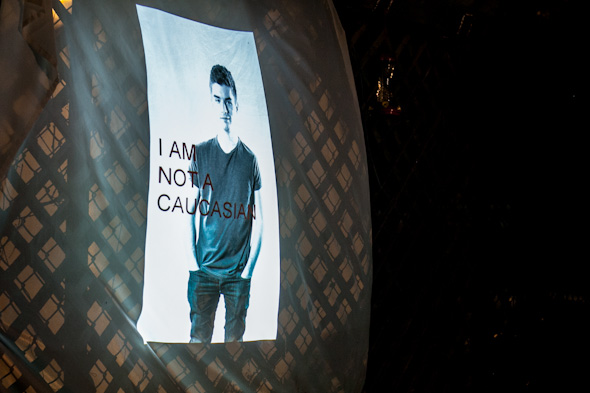 At several points throughout the night, people were head to murmur that the event was a good warm-up for the impending Nuit Blanche festivities, and indeed, you'll be able to catch installations such as "Iv(A)N."