The Toronto Fan Expo 2012 draws near. I'm certain that when the convention was first built a mere decade and a half ago the creators did not even dream that it would explode into the massive entity that it is today. In fact, a report from two years ago stated that the convention was beginning to draw more people than it could contain. Yet, in spite of controversies related to convention size or even the rise of ticket prices, people continue to go.

Why? Well, perhaps it's the prospect of getting merchandise at half-price, with opportunities to schmooze with some of the city's finest artists, and attend the many tournaments, competitions and panels. Plus, it's a given that any hardcore fan will line up for days just to breathe the same air as their favourite celebrities. 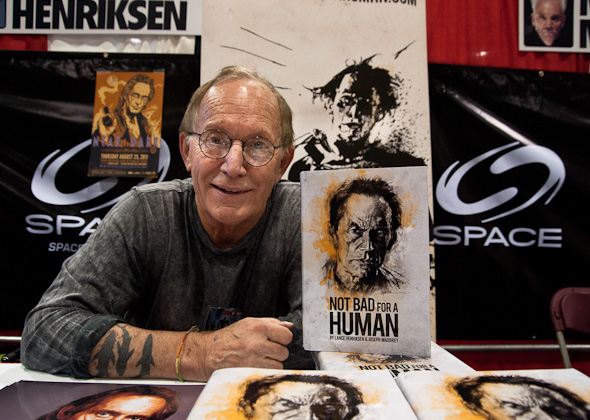 What, is that not enough? Okay, then how about: Christopher Lloyd, Gillian Anderson, Alan Tudyk, John Rhys Davies, Nana Visitor, Billy West, John Carpenter, Rose McGowan, Michael Sinterniklaas, and so many more than I can't hope to fit them all in this article. Special mention goes out to Kevin Smith and Jason Mewes' comedy act/interview session "Jay and Silent Bob Get Old." You'll just have to take a look for yourself to see who I missed. 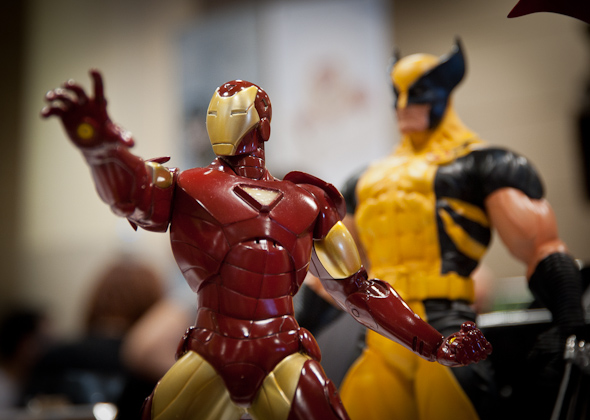 Everyone great and small sets up shop at Fan Expo. This year the ever-popular Artist's Alley will be boasting many creators, such as Lamin Martin, Hyein Lee and Rachael Wells. Sharing space with the Alley will be the Small Press/Indy Pavilion, a section where independent comic, e-zine, and book publishers get to show off their works. Other creative teams will mark their territory there, like Red Letter Media and Beach Creative Studios, and like the rest, will try not to pay attention to the big-name studios that will no doubt have their reps strutting around the showroom floor in monocles and mink coats.

Said big studios means everyone from Archie Comics to Warner Brothers, so keep an eye out for any gold-plated limousines parked inside the Convention Centre. Just don't confuse them with the DeLorean from Back to the Future, because that will be there on behalf of the Michael J Fox Foundation. Oh yes, and if there is room in your heart for Tim Burton, be sure to check out the "Art of Frankenweenie" exhibit, which will show off models and Burton's own original sketches to the public. Visit the attractions section for more information. 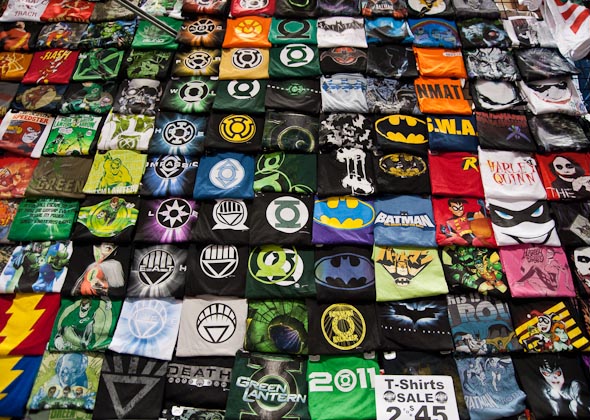 Expect a number of gaming tournaments of all kinds. Warhammer Fantasy and Warhammer 40K battle royales, card game brawls, video game arenas, board game coliseums, and more. In addition, this year will feature duels between major comic artists. Sadly, this does not mean that Darwyn Cooke and Neal Adams will face each other in the ring of honour, though I can dream. Instead we will see The Sketching Duels, where illustrators create original works on the spot for all to see and buy. 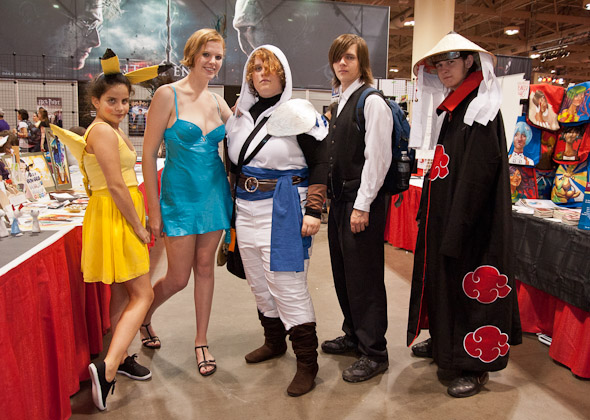 Are you curious about the origins and evolution of the goth subculture? Want to attend workshops for making your own costumes or plush dolls? Ever wondered how to break into the industry as an artist or writer? Want your works reviewed by industry professionals? How about a 19+ geeks-only speed-dating service? Screenings, Jedi school, photo sessions--they're all there. Check out the full schedule here.