Earlier today, Mirvish Productions took a brief break from its monopoly on big-ticket Toronto theatre events to focus on a new (ad)venture. Enter the rather auspiciously-titled free publication Snail. No, it's not named after the notoriously slow molluscan, but rather the old-fashioned idea of snail mail.

There will be eight issues published, one every two weeks, and the inaugural issue features a splashy (pun-intended) cover photo of War Horse's actors in a pool and an almost-suggestive shot of Kim Cattrall.

Inside, it's pure fluff, but the kind of thing a certain audience won't mind disseminating over a sweaty summer commute. The bi-weekly publication hopes to address what John Karastamatis of Mirvish claims is "diminished" coverage of arts and entertainment in the mainstream media, from finding out what actors are reading, to an interview with Pam-Ann, to Beatles-inspired cocktails--think along the lines of a theatre tabloid.

They've chosen to eschew an online outlet because they feel they'll reach a larger audience through the "extra-extra-read-all-about-it" tradition of print media--a romantic notion befitting a theatre company.

I was expecting a bit more of the Bard, and a bit less Bieber, but Snail ends up providing information about Mirvish productions and other local theatre events, such as the Fringe festival, in easy-to-digest format.

The first issue is 8 pages and will print 25,000 copies, with hopes to double in size and quadruple in distribution, and will be handed out in the rough square between Bloor, Queens Quay, Jarvis and Spadina along busy intersection by newsies in red T-shirts and caps. 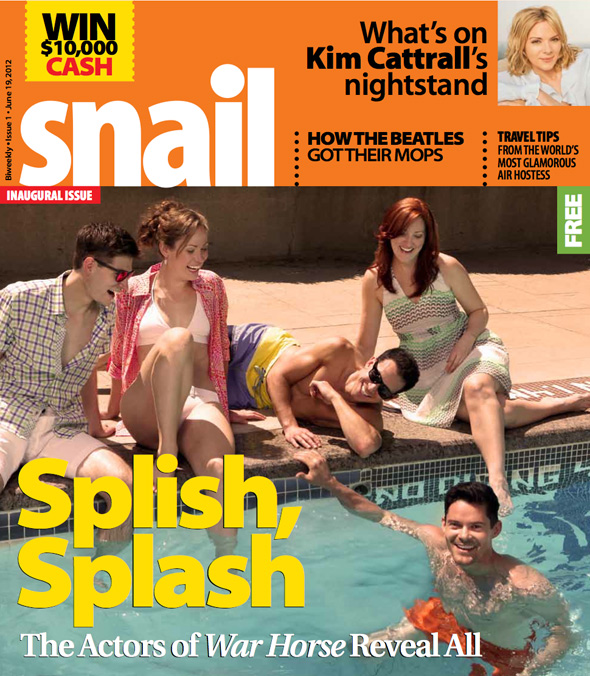 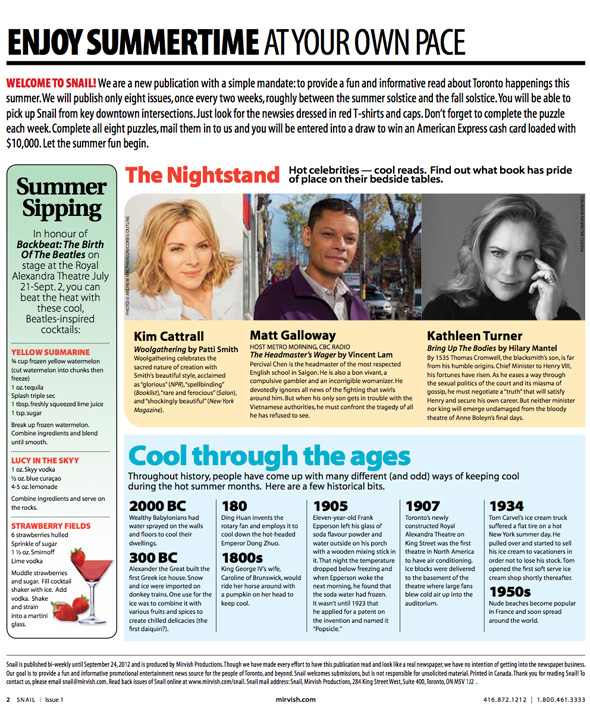 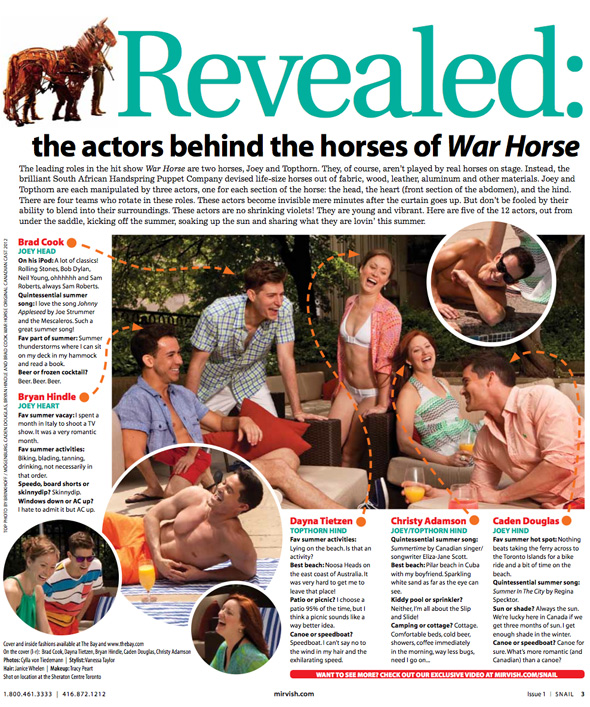 What do you think of Snail? Add your thoughts to the comment thread below.