Honest Ed's does a turn as an art gallery

Honest Ed's is already something of a museum, so the idea to host a series of art installations at the store this summer as part of the Koffler Centre for the Arts off-site program makes a good deal of sense. Few retail spaces occupy such a prominent spot in the city's collective imagination than the nearly 65 year old discount store at the corner of Bathurst and Bloor.

Composed of works by Corinne Carlson, Robin Collyer, Barr Gilmore, Jen Hutton, Sarah Lazarovic, and Ron Terada, "Summer Special" explores the various collisions between art and advertising, drawing attention to the complicated status of craftsmanship. Normally a word we use to distinguish between pure art and that which has some practical function, the various installations that make up the show all work to undermine the idea that there's a tidy distinction between these two practices. 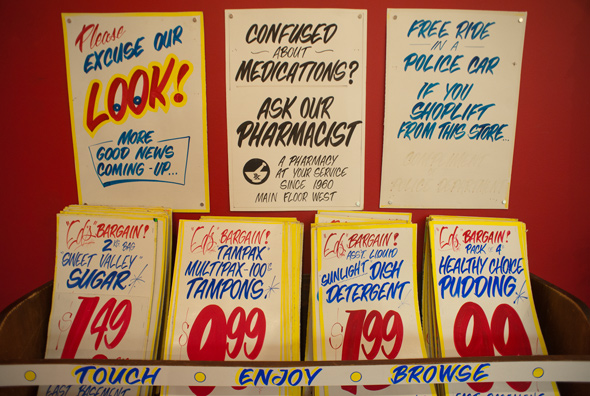 A particularly good example of this is Sarah Lazarovic's work with Honest Ed's sign painter Wayne Reuben, which feature tweets about Toronto in the iconic store font. Along with the obvious chronological tension â hand-painted signs and tweets are about as different as written forms of expression come â the series highlights Reuben's craft and asks viewers to consider the crucial role that context plays in establishing something as an artistic object.

Lazarovic's work, like most of the other installations, is displayed amongst the store's commercial merchandise, which adds another layer of complication to the craft vs. art distinction. Were you to visit the store without knowledge of the show, it'd be pretty easy to believe that the items are actually for sale. Connie Carlson's letterpress-style postcards that capture snippets of conversations are particularly well embedded on the sales floor.

With the exception of Barr Gilmore's The Son (which scrambles the letters in "honest"), Summer Special isn't the most visually dazzling presentations of site-specfic installations, but the conceptual challenges posed by the putatively simple pieces offer their own rewards for those who take the time to consider the questions posed by the reworked signage and commercial framework in general. 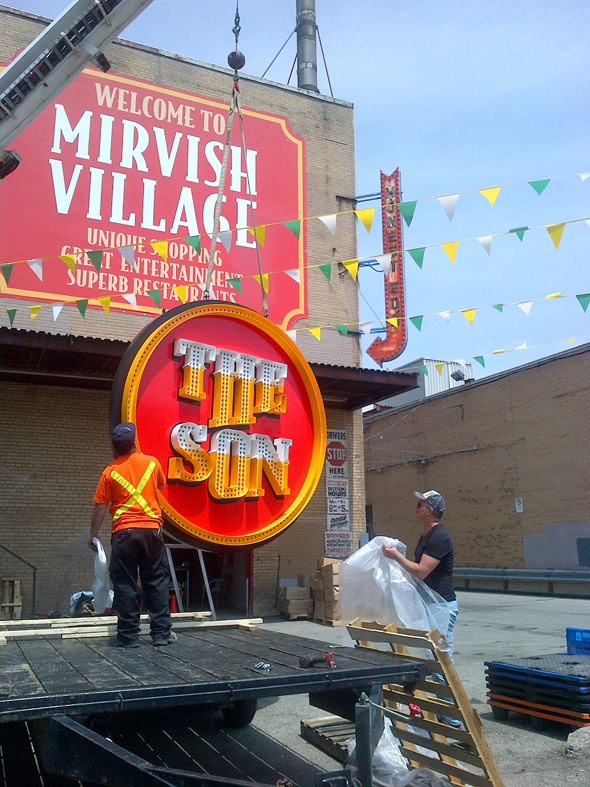 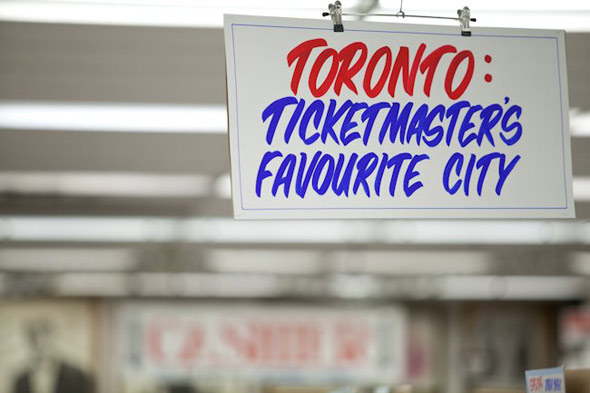 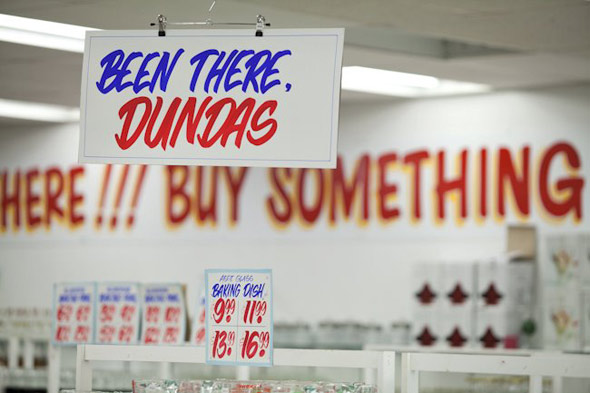 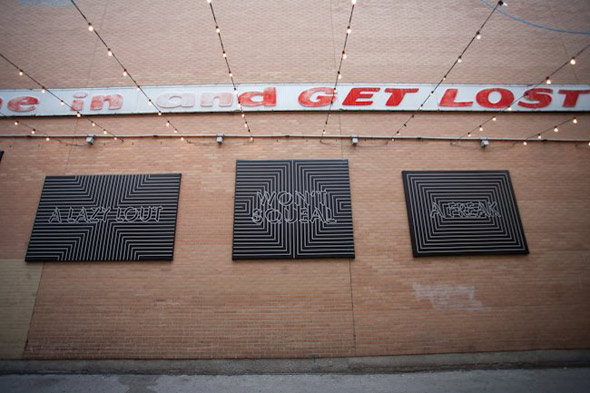 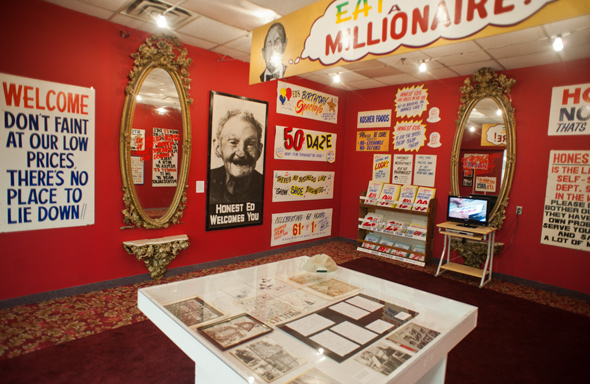 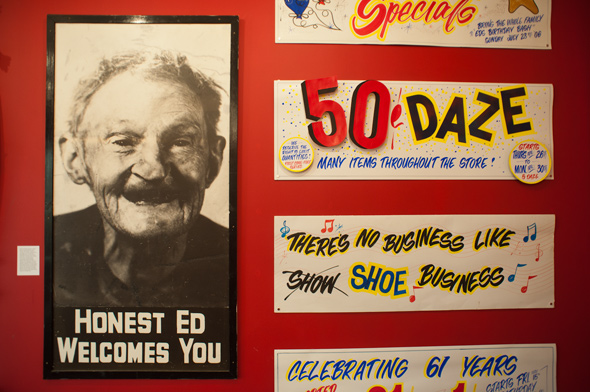 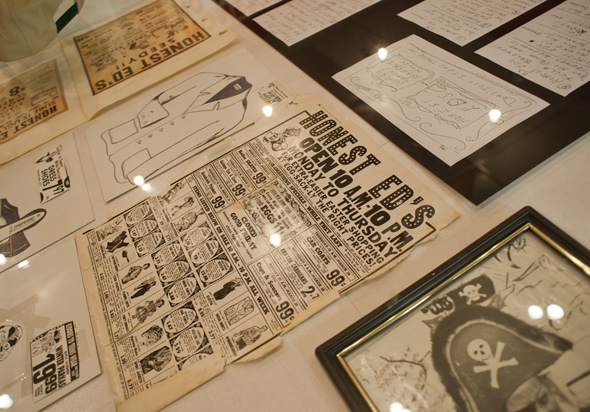 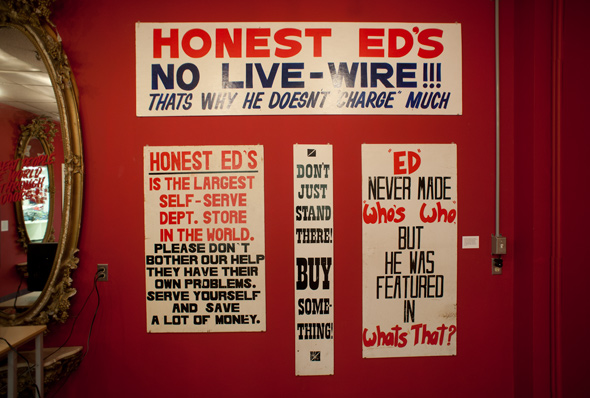 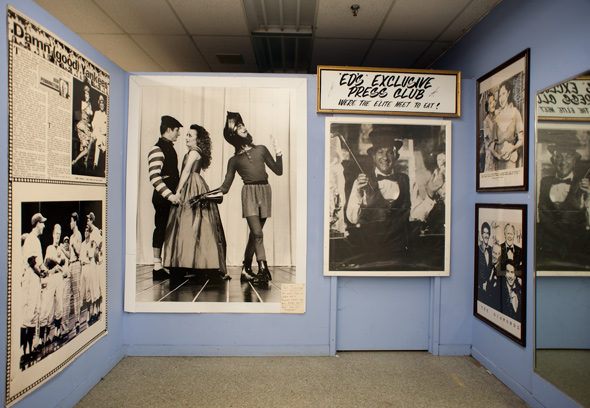 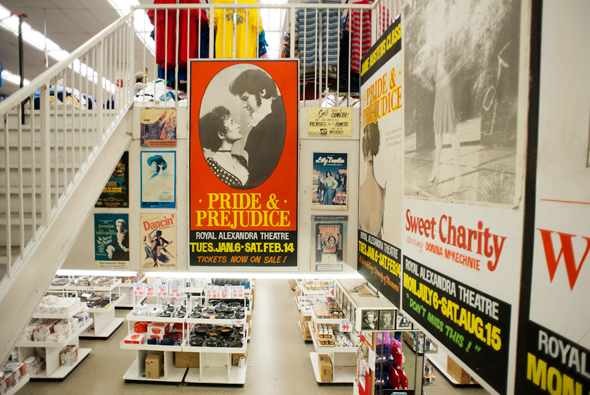 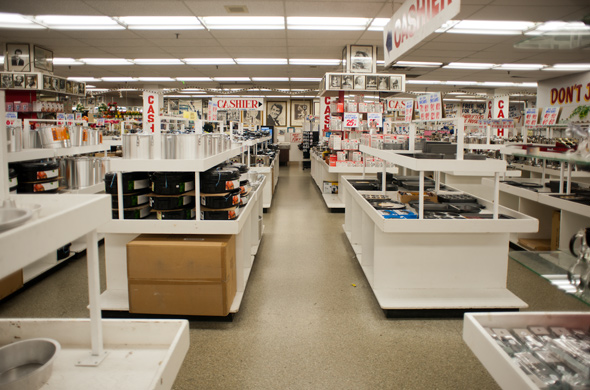