Art and history collide at Fort York for the Encampment

There's something eerie happing at Fort York: rows of white tents, each one facing east and gently glowing from within, have taken over the green expanse of the main lawn. The haunting sight of hundreds of neatly arranged canvas shelters will be familiar to Nuit Blanche fans; this is The Encampment, a touring installation established by artists Thom Sokoloski and Jenny-Anne McCowan, running for the next week as part of Luminato 2012.

Inside each tent, members of the community have designed an interior that represents the life of a real person - American and Canadian - alive during the War of 1812 using sculpture, collage, anything they choose. "[The artists are] architects, artists, educators, firefighters, paramedics, housewives, historians," says McCowan. "The call returned a really diverse group of people and the goal was to create really engaging installations within the tents." 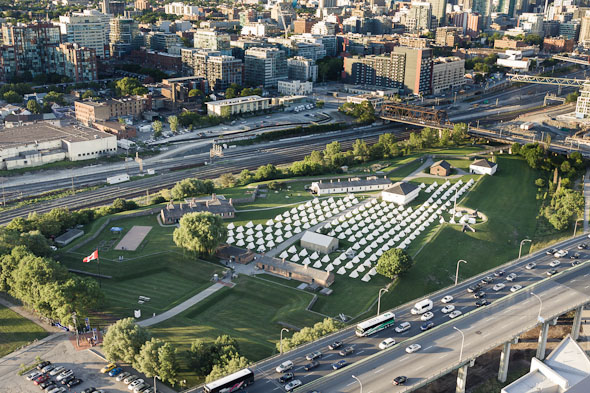 That said, Sokoloski and McCowan prefer to view The Encampment as a whole rather than a series of individual art projects. When the solar-powered lights come on inside the shelters after sunset, the tents suddenly seem occupied and the site comes alive. Peering inside feels a little like snooping or intruding on the past. In some, I half expect to find a sleeping soldier when I pull back the canvas door. 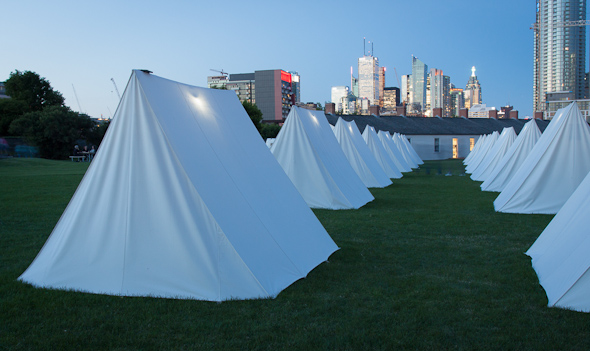 As you slowly explore, the pair's performance background becomes easy to spot. The cast of characters, the stage and the audience participation are all included. "In theatre, there's a very strong focus on character, on individuals," says Sokoloski. "When people participate, they become part of our ensemble - each one taking one part - much like an actor or dancer will embody a certain character or role or feeling. Our hope is that as the audience goes through the tents a zeitgeist will be established." 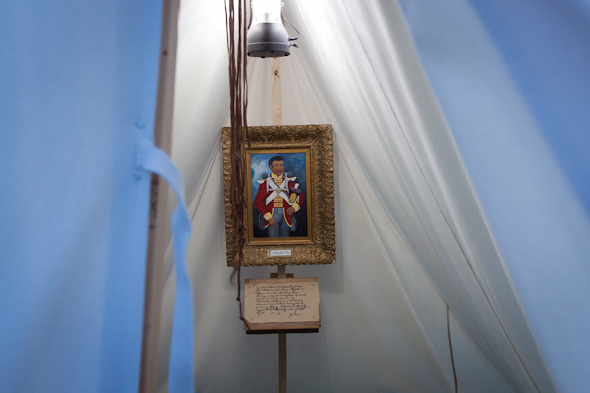 Naturally, some tents resonate better than others. In one, burnt furniture and books are piled high and the smell of smoke still lingers in the air. In another, the visitor puts his or her head through a hole to wear the subject's suit. A couple of tents are left unnervingly empty. 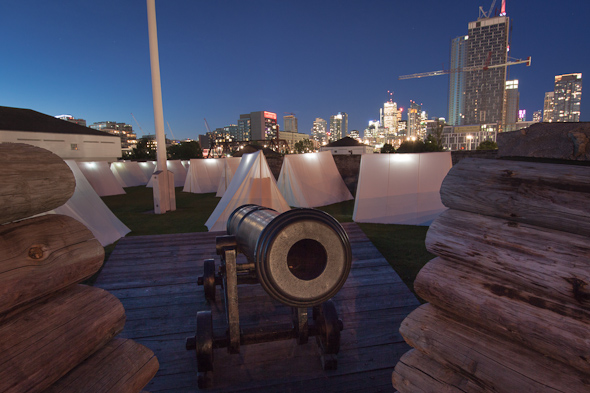 The cumulative effect of each little insight, sometimes presented in abstract form with a little poetic license, is a sense of the countless individuals and stories that have been lost in time. The Encampment is a way of reinterpreting and rediscovering a vital period the history of Toronto and Canada. 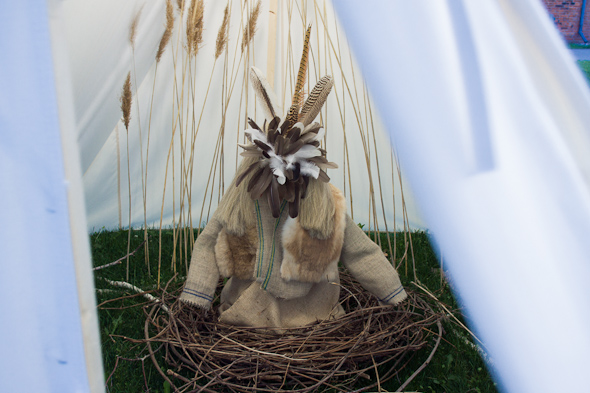 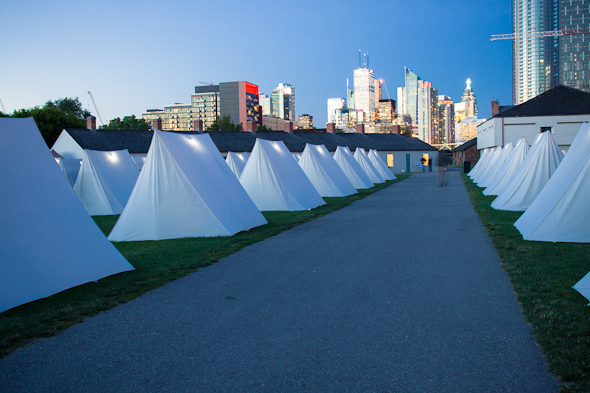 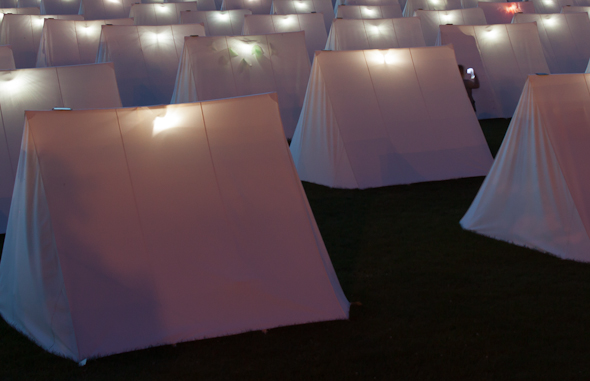 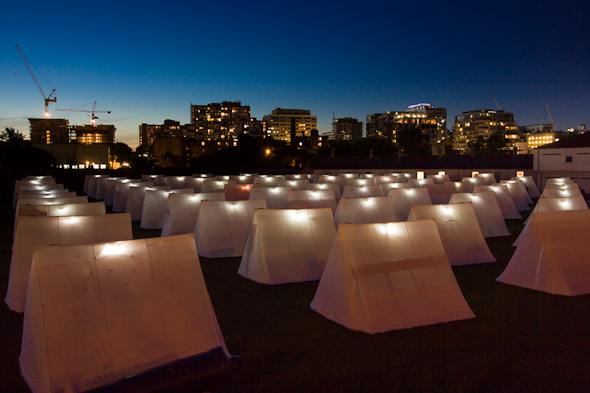 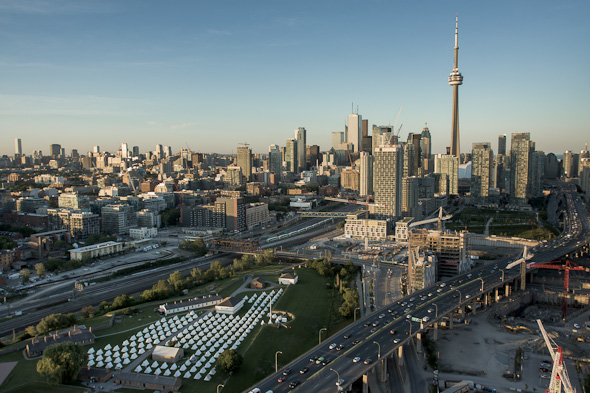 The Encampment is at Fort York until June 24 as part of bicentennial commemorations for the War of 1812.