Most of the openings for the 2012 CONTACT festival are this evening, but a few major galleries have already put the goods on display. While you're hopping across town in search of more free wine and cheese platters, be sure to check out these three exhibitions, all of which focus on the symbiotic relationship between urban buildings and urban residents. 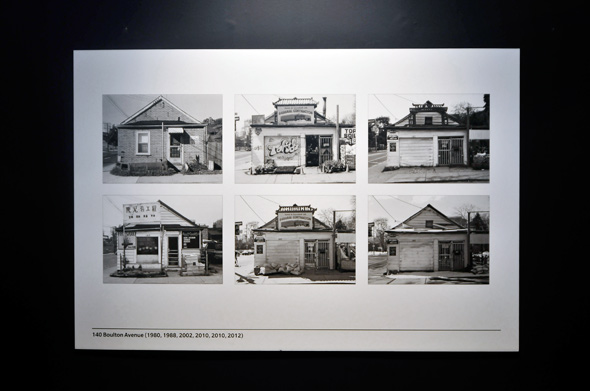 Toronto was recently named the 17th most photographed city in the world by a Cornell study of Flickr albums, which also noted the staggering repetition in the landmarks chosen. By focusing on the city's often-overlooked buildings, Artist Patrick Cummins has created a far more realistic and affecting snapshot of Toronto's identity without including any of its residents. Cummins, who estimates he's taken approximately 75,000 photos of the city since he started shooting in the mid-seventies, has also documented the staggering changes downtown has undergone in a relatively short time span. Equal parts art show and civic studies lesson, it's a great entry point into exploring Toronto's history. For more on the accompanying book, read our review. 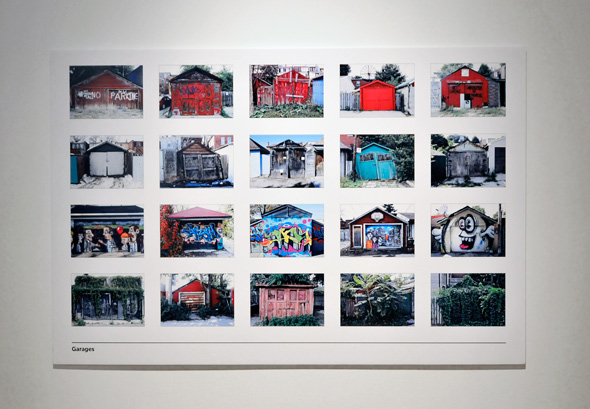 Patrick Cummins' Full Frontal T.O. runs May 1st to 31st, with the opening launch May 9th at 7pm at the Urbanspace gallery. 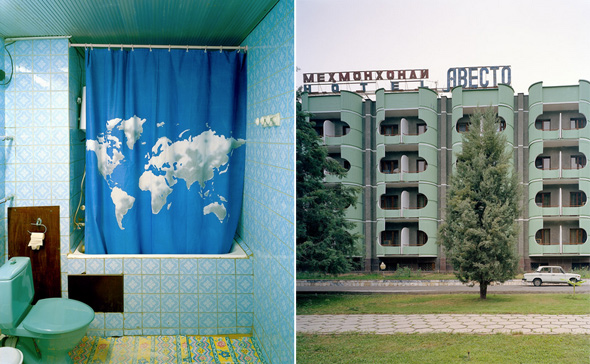 Photographer Andrew Rowat, whose slick style has landed him portrait assignments in Vanity Fair and The New Yorker, has now turned his lens to decidedly less glamorous subject matter in countries such as Kyrgyzstan, Tajikistan, Uzbekistan, Kazakhstan, and Turkmenistan. From a portrait of a drug baron embroidered into a tapestry, to the grim faรงades of Soviet architecture, Rowat, like Cummins, focuses on what can be gleaned from a city devoid of its people. It's not just the usual bleak portrayal of Eastern Europe commonly imagined by Westerners, however. Rowat also celebrates the marvels of the region, including Uzbekistan's holy temple Registan, whose architectural glory remains intact despite its nation's volatile political history. 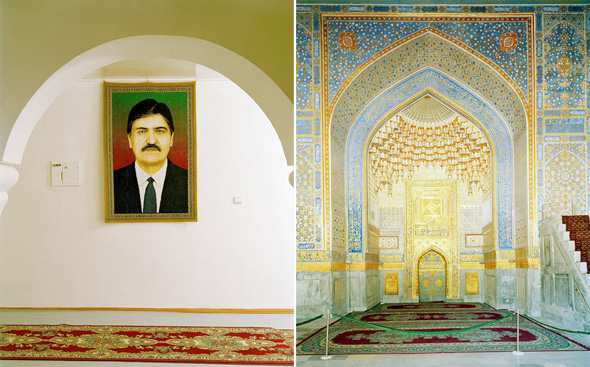 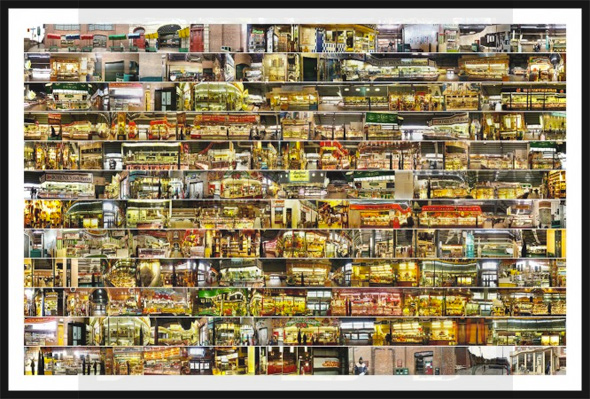 Michael Awad's latest installment of his Entire City Project is the continuation of his decade-long goal to document the entire experience of city life with methods "archaeological, encyclopedic, vernacular and indexical." Though Awad has said that it's the people, and not the buildings, that currently hold his interest, Awad's degrees in architecture and his background in civic studies have clearly informed his work.In his recent treatments of Toronto and Milan, snapshots of runway models and shoppers on an escalator are repeated into infinity, as though the artist is building a visual structure with their images. It's quite a disorienting show, especially when Awad applies his repetitive stacking technique to images of trees. Rather than providing a sense of relief from the urban chaos, the piece only confirms the pervasiveness of our modern, fragmented viewpoint. 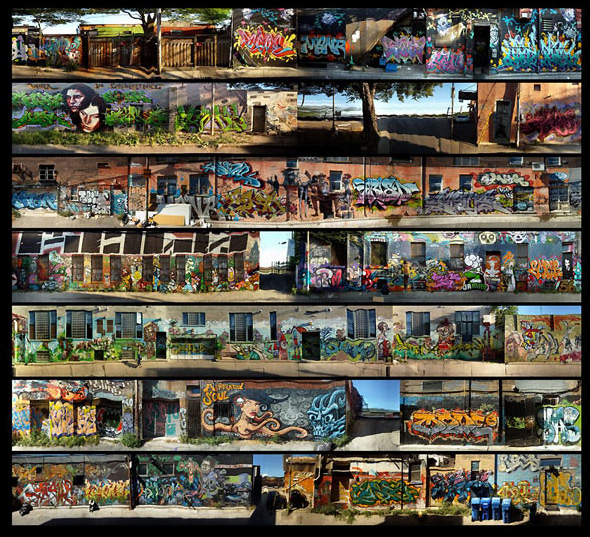 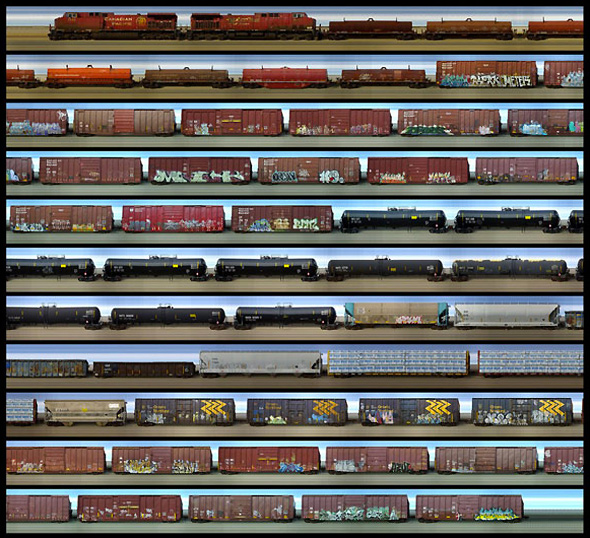 Installation shots of Full Frontal T.O. by Derek Flack. Other photos by the artists in question.