What to expect at Anime North 2012

Anime North was my first convention. I remember being seventeen years old, and going through the doors of a Holiday Inn that had been transformed into a mecca of Japanese pop culture. The initial feeling that washed over me was awe, as though I was standing before a Technicolor Grand Canyon. I soon returned to reality once a seven-foot tall, five-hundred-pound Sailor Jupiter passed me by.

AN (as it is more colloquially known) was my gateway drug--the place that helped me connect with Toronto's geek communities all those years ago. Even though I'm more detached from the Japanese pop culture world than I was in my teen years, I still consider Anime North to be a fun venue--if you know what to look for.

This wouldn't be an anime convention if we didn't have any anime-themed guests popping in. Straight from Japan, two guests of honour will be voice actors Akira Sasanuma and Yuu Asakawa. English voice actors like Carli Mosier Faigen, J. Michael Tatum, and former Anime North staff member Ben Israel are expected to occupy a number of panels and special events.

Then, we have the bands. Anime North is known for bringing in singers and bands of all stripes, and this year will be no exception. Friday will see the GTA's own mock J-Rock group Hoshi Furu warbling at its audience while DJ Shimamura drops fresh beats in the middle of the Otakubaloo stage.

Saturday, meanwhile, will see the triple-threat concert of Visual-Kei electronica artist Adapter, "glamroid metal" band Marlee, and the four-man rock band LIX. See for yourself who else is coming. 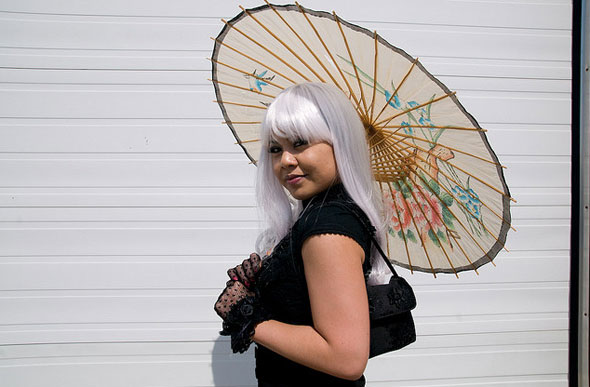 A number of competitions will take place that are designed to test the skills of AN's best and brightest. Events include a sing-a-thon Anime North Idol, a fan-fiction writing contest, a Magic: The Gathering tournament and even a contest for doll-makers called Doll North.

On the more scripted side of things, wrestling troupe GCW will be returning for their annual Anime Wrestling event, forcing their competitors to dress in silly costumes and entertain the masses. In line with the Thunderdome theme, don't miss another battle royale, in the form of Cosplay Battle Chess, where two teams of cosplayers battle one another in a human chess game.

Need a place to sit down and relax? Anime North will hold the maid-run Cafe Delish and the butler-operated Cafe Nocturne so guests can be waited on and served all kinds of drinks and dishes. How about the BYOC (Bring Your Own Computer) LAN Party, where you and other enthusiasts can challenge each other to games of Starcraft or League of Legends? Also, be sure to check out the full schedule.

Finally, you can expect 250 tables worth of merchandise in the Dealer's Room alone. If you're searching for something a little more home-made, however, stop by the Comic Market and Crafter's Corner, featuring the works of amateur comic artists and amateur sculptors respectively. You'll probably need to plan frequent trips to the ATM--God help your bank account.

Anime North will be held from May 25th to the 27th at The Toronto Congress Centre and the Doubletree International Plaza Hotel on Dixon Road. Additional events will be held at the Sheraton Airport Hotel. The hours of operation will be from 6 PM to 2 AM on Friday, 10 AM to 2 AM on Saturday, and 10 AM to 6 PM on Sunday.