Lessons from David Miller and more at the Top 10 Event

Say yes to everything. Don't bullshit yourself. Own who you are. Push past your past. These are some of the tidbits heard at the Top Ten Event, run by Stuart Knight Productions last week. Proceeds for this event went to the Stephen Lewis foundation. Speakers were prominent Canadians who took the path less taken, from Hana Gartner to Jully Black to David Miller. The former mayor of Toronto looks pretty spiffy when you have Rob Ford talking about the perils of recyclable bags.

All of the speeches were inspiring, with completely different tones. Ajay Virmani had more than one person crying with laughter (and his own family in the balcony shielding their faces with embarrassment) when he declared "Opinions are like assholes. Everyone has them and they all stink." He was followed by Melissa Fung, the CBC reporter who was kidnapped in Afghanistan in 2008 who quite poignantly said "Forgive. Walk a mile in the shoes of the person who hurt you."

To create some levity, the energetic Stuart Knight came on the stage acting like Puck from A Midsummer Night's Dream. He beat-boxed. He danced. He even got the crowd to give the other half of the room a round of applause. The rest of us were instructed to look smug and deserving. Oddly, this was not too difficult.

Later, Mr. Miller came on and allowed the laughs to keep rolling. He said that he received advice that he would like to give right back to us: "If you want to be the mayor, when you pass a washroom, use it." He then pretended to walk off the stage. 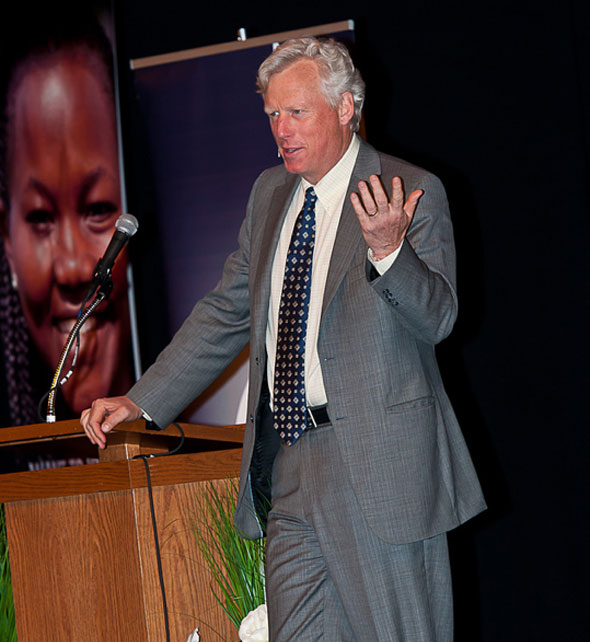 After he "reluctantly" returned, Miller went into stories of his post mayoral career. He spoke of listening to grieving mothers in under-serviced areas of Toronto. Miller also spoke about young men in Toronto who were able to become carpenters and felt that they could look people in the street in the eye, due to pride in their occupation. He spoke about money going to the right programs, the right areas. Miller seemed proud of his place in life, and in days before Mother's Day affirmed that we too, should listen to our mothers.

After Miller, the last speaker was comedian Sandra Shamas who quipped "I am only a comedian if people laugh. If they don't, I am a dramatist." She stressed the importance of truth and then we were off. I stayed behind to chat with the speakers, and to drink a glass of wine and to have a mini cupcake. No regrets, right?