After the arrest of three graffiti artists last October (they only made it to "SUD" before being reported), Constable Scott Mills shared his thoughts on the Toronto street art movement: "I kind of liken it to being an alcoholic...it's really hard to get off the can. With these graffiti artists, you don't have to get off the can; you can actually transfer it to a positive endeavour and have your art work be up and seen for a long time, in places that you never thought or dreamed your artwork would be up in." 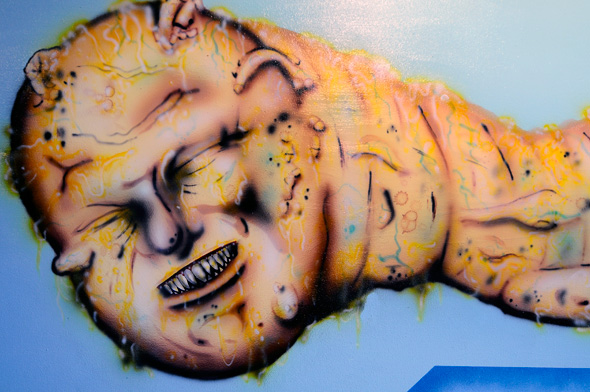 Only six months later, Spud has achieved Mill's dream, landing a solo exhibition on Ossington at the recently opened Don't Tell Mama Gallery. With CENSORED, Spud has combined his signature iconography with explicitly anti-Rob Ford works, in a move he hopes will "spark interest and provoke people," as well as "showcase his skills," naturally. 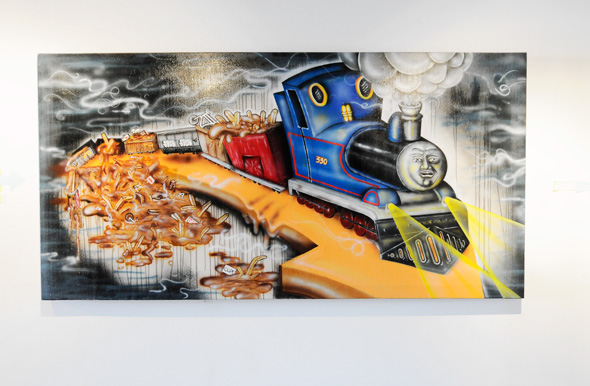 Whether it was the message or the medium that resonated with people, the response was incredible. Without a tag name on the guest-list, hopeful viewers had to line up before entering the over-capacity gallery. Despite an invitation, Ford himself was (unsurprisingly) a no-show. 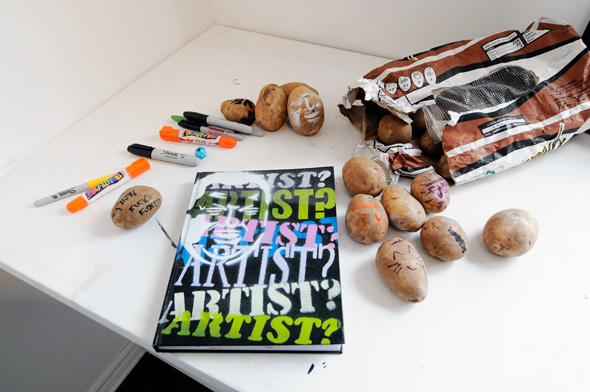 CENSORED was certainly not your average Ossington opening. Very few have merch tables, for example. Between the cups of Steamwhistle and the new-wave soundtrack, it was more a rally for a movement than an opportunity to view and purchase art (though with Ford-stencils going for $155 bucks a pop, sales were decent). 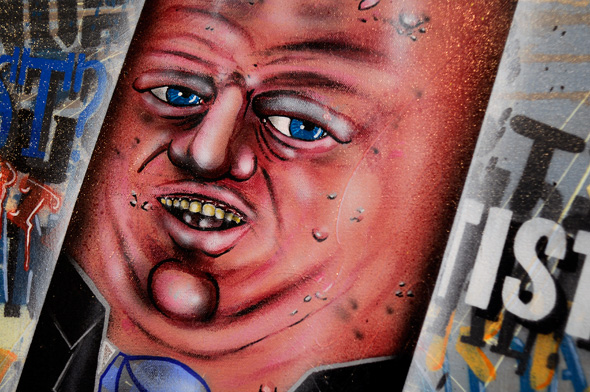 This is only the second exhibit at the gallery, and its DIY aesthetic was a great fit for Spud, whose unedited artist statement was mounted on sheets of construction paper. Likewise, art was crammed wall-to-wall with an occasional explanatory note: "I painted Toronto on a cloud to represent what a bright and wonderful city it is." 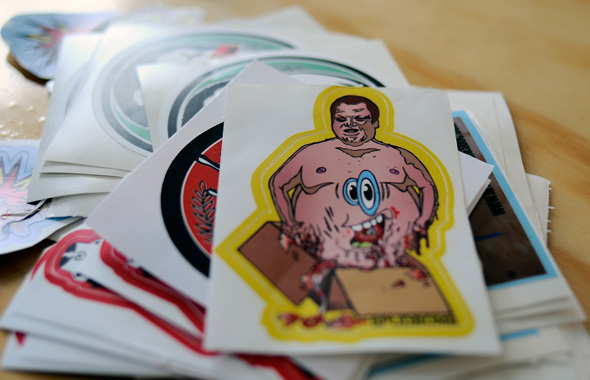 Most of the works avoid explicitly political messages â instead gleefully manipulating Ford's image into a slithering worm-type creature or a grotesque spider. Here we could really see Spud's painting abilities, which admittedly don't measure up to his powerful aerosol work. While aesthetically difficult, the canvas pieces do, however, contain some real delights. Is that a copy of The Blind Assassin lodged in the gravy train?

Ultimately this was Spud's show far more than it was Ford's. It was hard to join any discussion of mayoral policy over the excited, and near-constant, whispers of "is that the artist?" One thinks that question would have been phrased a bit differently by the police who nabbed Spud last year. 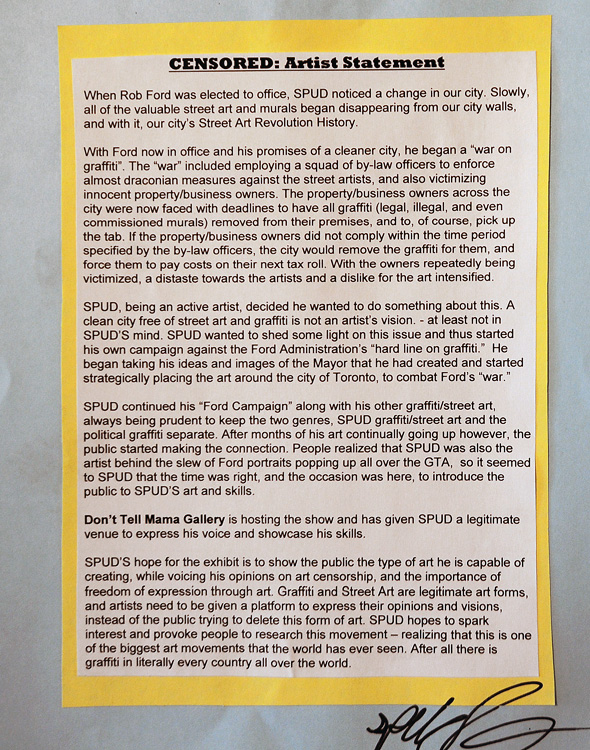