The recent legal case brought against mayor Rob For may still be in its early stages, but for Toronto's artistic community, the verdict is already in. With Fordmania, local graffiti artist SPUD has carried on the momentum from his solo show at Don't Tell Mama Gallery to help arrange another Ford-centric exhibition at Leslieville's Atomic Toybot. The sentiment hasn't changed, as SPUD's recycled artist statement from the previous show reiterates his plan for a "Ford Campaign" to combat the mayor's stance on graffiti and public art. Once again, Ford passed on his invitation to the event.

His loss, for the opening was wonderfully eclectic. Families, skate-punks and art aficionados all mingled alongside a bathtub of PBR and Guinness (it was St. Patrick's Day, after all) as well as the requisite cheese and sandwich platter. Atomic Toybot's staggering collection of toys, magazines, posters, and illustrations acted as a great introduction to Fordmania's open-submission, DIY aesthetic. 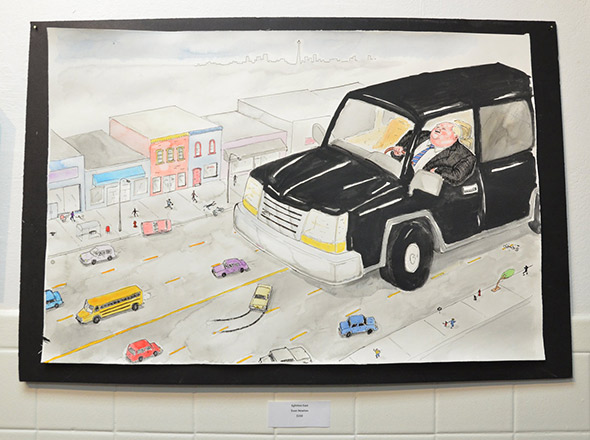 The gallery, located in the Toybot's back room, features a wall mural by SPUD, as well as another opportunity to buy his branded T-shirts. As befitting the gallery space, the 30 works of Fordmania often present the mayor as a cartoonish villain. Whether bloated as Henry the VIII, or diabolical as a screaming ventriloquists' dummy, the participating artists ran wild with Ford's larger-than-life public image.

Don Springer's piece, entitled "Ford Bros. Meats." is a fantastic addition to the show. Painting the mayor as a pig whose "choice cuts" include childcare, libraries, and homeless shelters, Springer was able to inject some much-appreciated wit into a collection that also featured Ford dressed as South Park's Cartman. 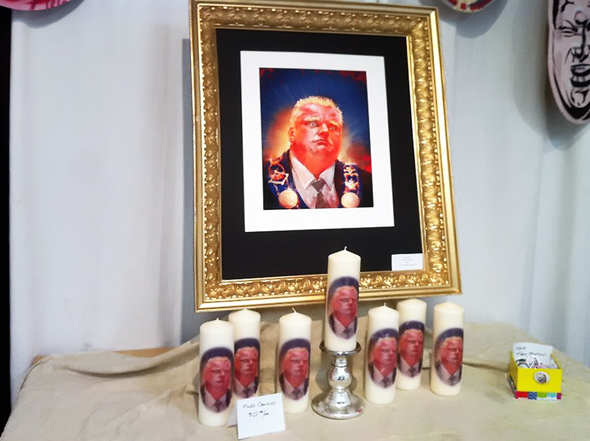 Likewise, Mathew Den Boer's makeshift shrine to Ford, complete with candles, is an interesting take on the cult of "Fordmania" that has arisen on both ends of the political spectrum. Ironically, it serves the humanize the man, and therefore encourages a more levelheaded discussion of his policies. A necessary move, as he's still the mayor we've got, pending lawsuits notwithstanding. 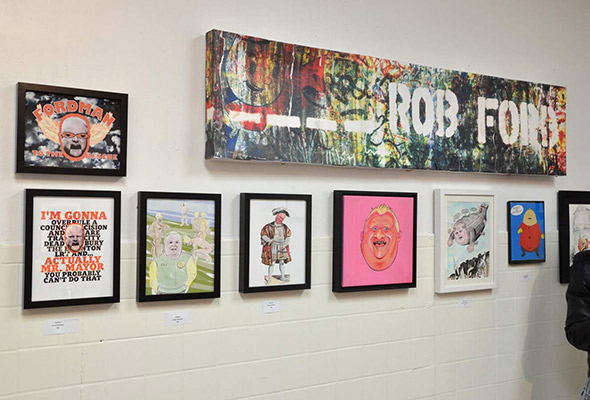 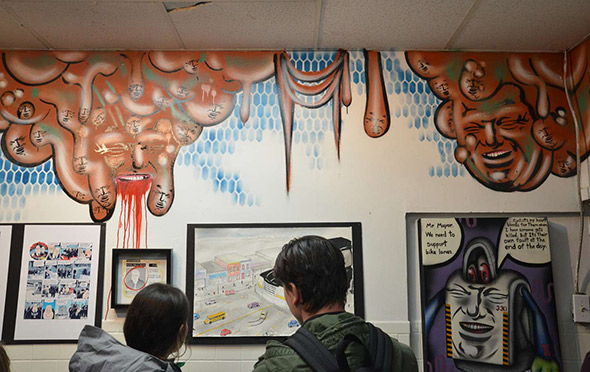 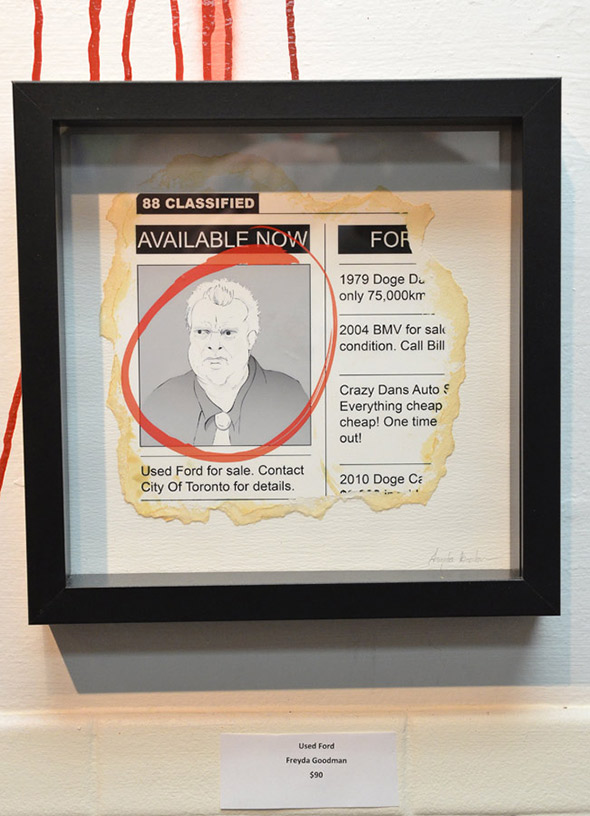 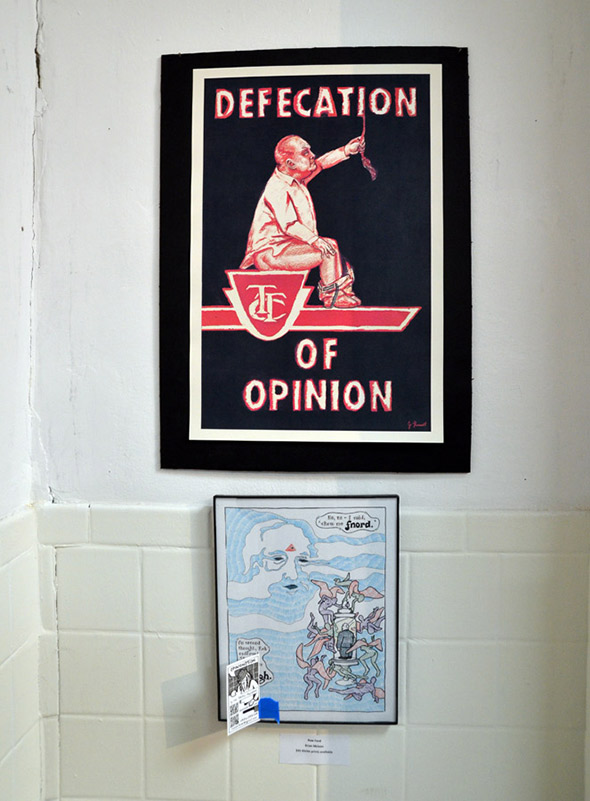 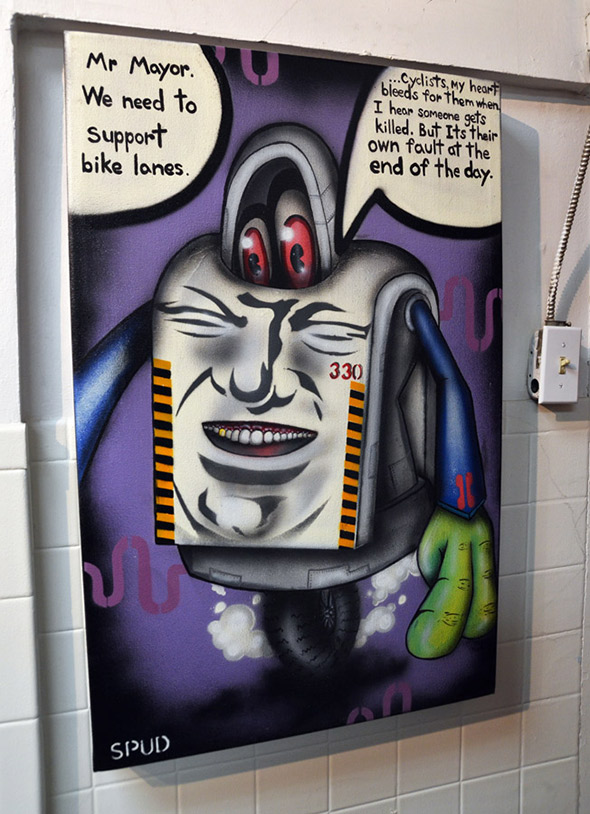 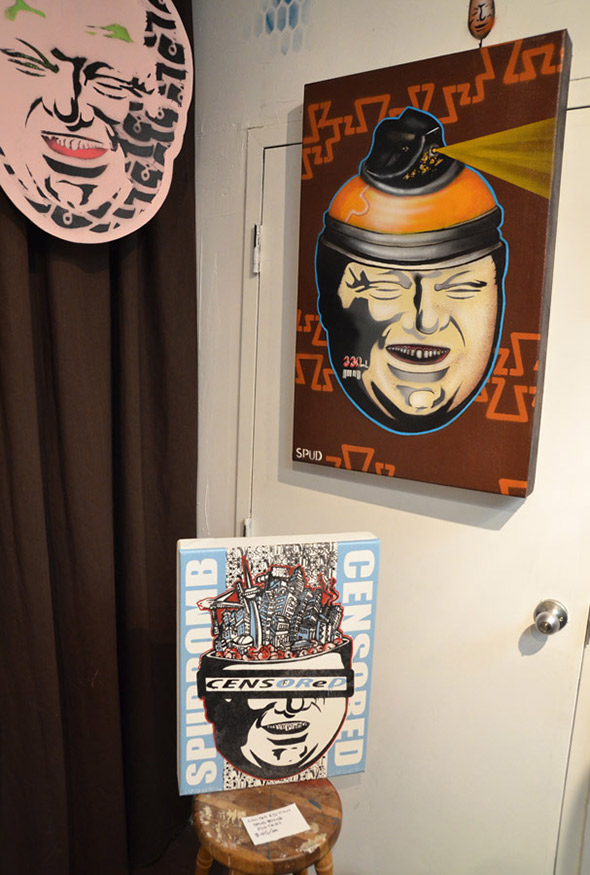