Migrating Landscapes, Canada's official entry in the 2012 Venice Biennale in Architecture, has overtaken the brightly lit atrium of Brookfield Place with the sights and smells of freshly cut lumber. Presented by Jae-Sung Chon and 5468796 Architecture, the exhibit, which is on one of its last stops of a tour across the country, is a stunning mash-up of public art and urban-themed design. 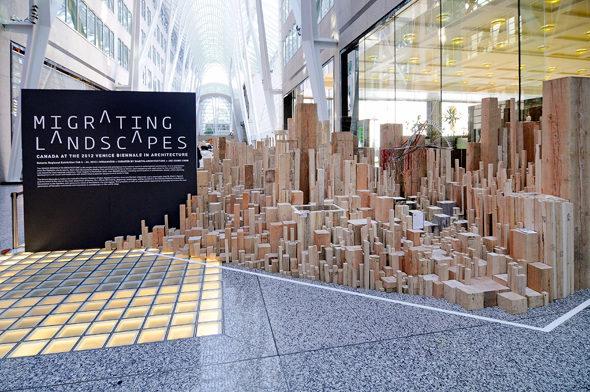 At first glance, the installation seems to be made up solely of a cityscape fashioned out of cut lumber, its iconic shape having taken root in the Santiago Calatrava-designed atrium. That in and of itself is impressive, but as I got to tower over the miniature city like some Godzilla-figure (while fellow Godzillas in impeccably tailored suits with MBAs whizzed by) I noticed that each piece of wood is so strategically placed that the outcome is almost breathtaking. 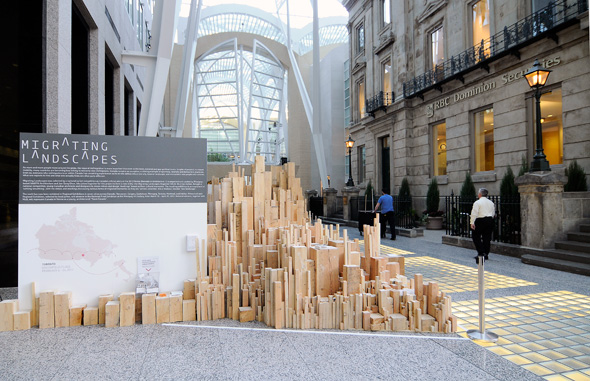 On closer inspection, you find that placed within the wood-fashioned urban milieu are several small architectural models made by early and mid-carreer Canadian architects and designers to illustrate the concept of home within a global and migratory context. More specifically, the works are abstract creations that aim to represent the artists' experience(s) with immigration and settling in unfamiliar new settings. In an effective use of contemporary technology, each design bears a QR code that links to a video description of the work along with text notes that accompany each piece. 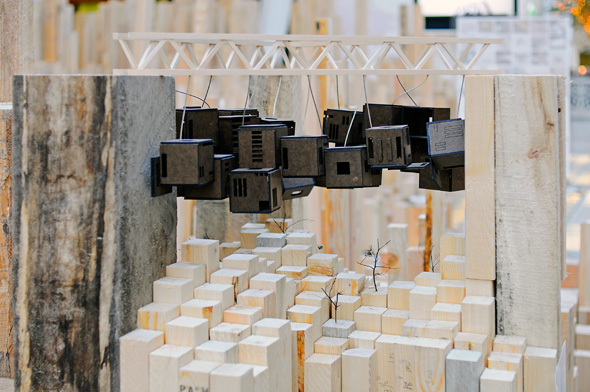 If removed from the wood city of which they're a part, I suspect the models wouldn't be entirely remarkable. Many are simple dioramas and models that are more understated than anything else. It's when the models are placed in the wider context of the city that they become intriguing, much like the manner in which our concept of home is contingent upon the context in which we find ourselves. 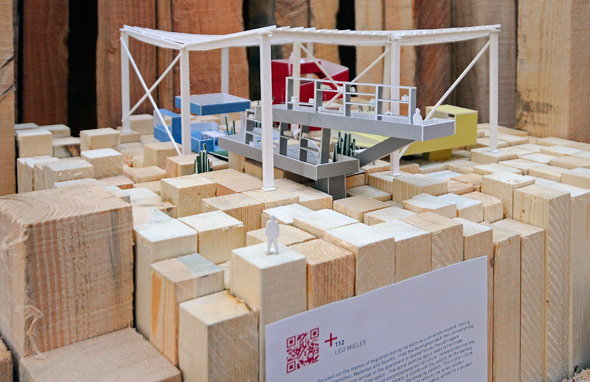 Placed in the expanse of the anonymous city, each design speaks to the experience of migration, whether it be the uncertainty that accompanies new surroundings or the nostalgia one gets for her homeland. One of the most notable pieces in the exhibit, for instance, is Mark and Amber Baechler's "Re-Metropolis," a miniature model of Toronto (lead photo). Simple replicas of major landmarks are placed on small pieces of movable wood that can be rearranged at will (though not by the viewer). "Re-Metropolis" drives home the point that cityscapes are anything but static, and that one of the driving forces of change is emigration/immigration. How else, of course, do cities substantially grow or contract? 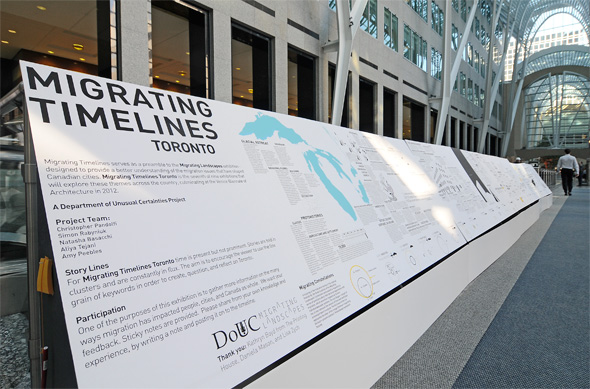 Toward this end, one shouldn't miss the expansive timeline that's been constructed to chart Toronto's history from the standpoint if movement and migration. Starting with the glacial shifts that gave rise to our present geography and running all the way to news that the Real Jerk will ultimately have to move locations, the timeline is a fascinating addition that reinforces the degree to which this city was built by the various waves of immigration it's experienced over the years. 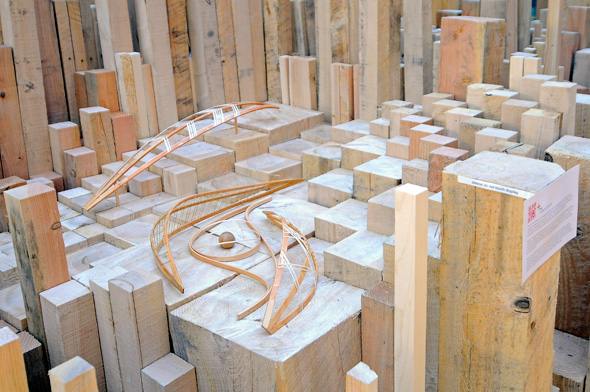 One final element of this most impressive exhibit that's worth mentioning is that there's an interactive component. Visitors can vote for their favourite architectural models, which will eventually go on to compete in a national competition to accompany the wooden city to the Venice Biennale. That you can play a small part in the process is all the more reason to get down to Brookfield Place and check the installation out. 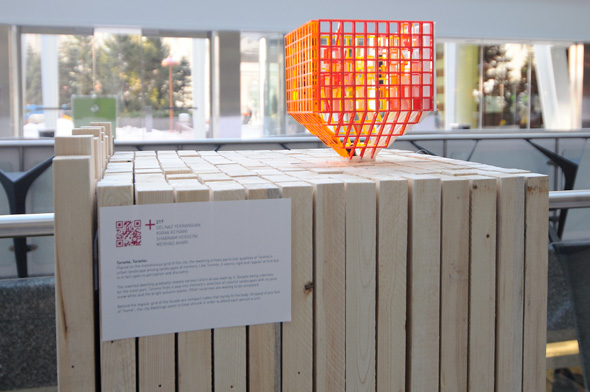 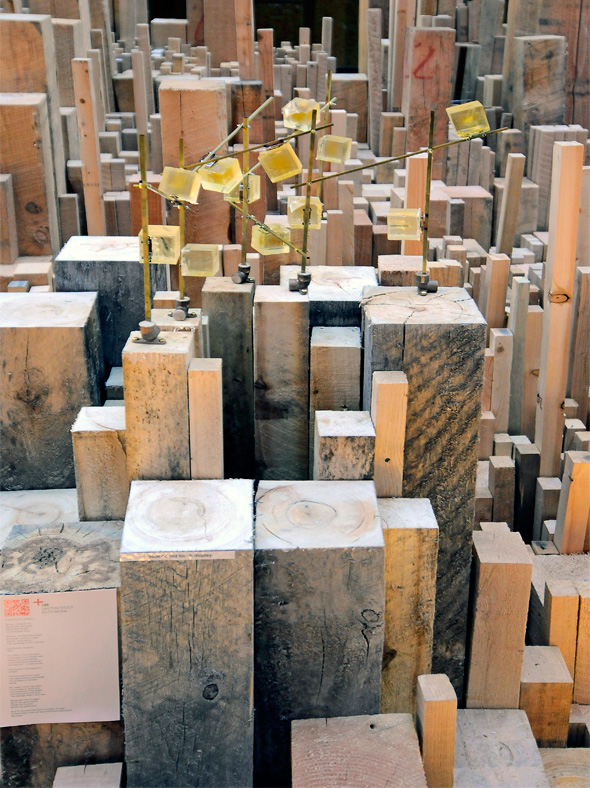