Douglas Coupland on the 21st century state of mind

"I want to explore how it feels to be inside the 21st century brain as opposed to the 20th century brain," says Coupland in the exhibition notes. Although there's still bits of Canadiana on display â something for which he's known â the main themes explore how art and technology capture the zeitgeist of our time, something that Coupland has been interested in since the publication of Generation X back in 1991. 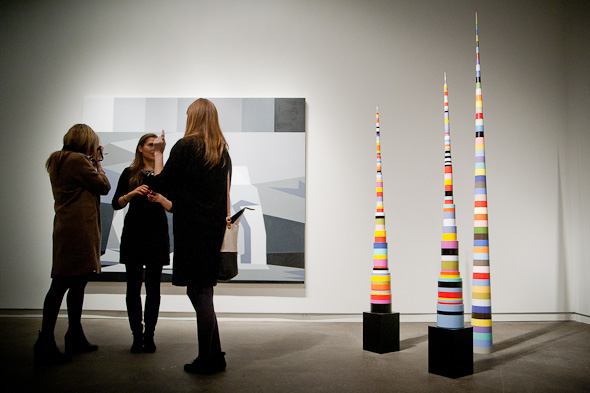 The works of the exhibit combine different forms of media, from paint, to sculpture to text. Working QR barcodes reveal text written by Coupland to citizens of the past and future, and classic Group of Seven paintings are rendered in a digitized stye that speaks to stark compositions of the originals but also hints at the manner in which the artistic process has changed. Needless to say, there aren't too many painters putting together quick studies on wood panels anymore.

Coupland's large scale works offer a not-so-subtle critique of the manner in which the pervasive use of technology has become commonplace and familiar, perhaps giving patrons something to think about the next time they text at the dinner table or tweet through an entire movie. 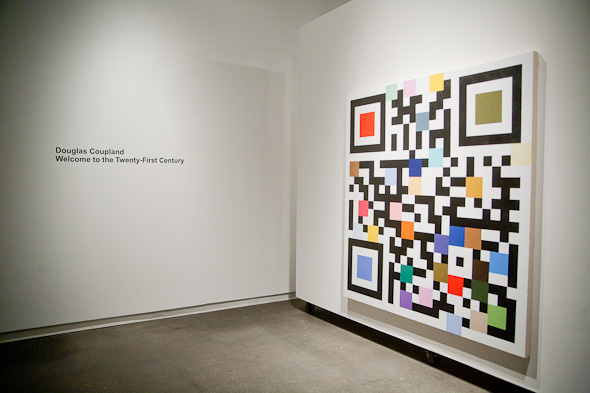 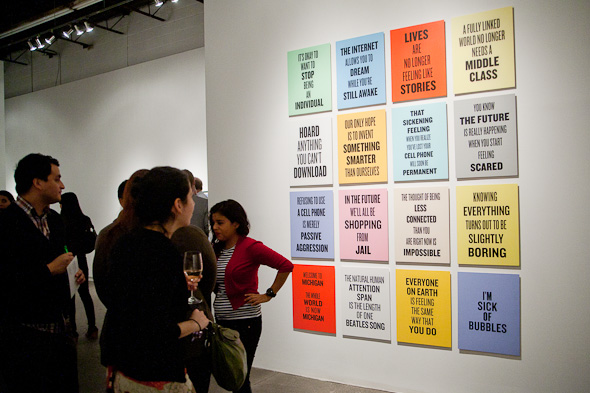 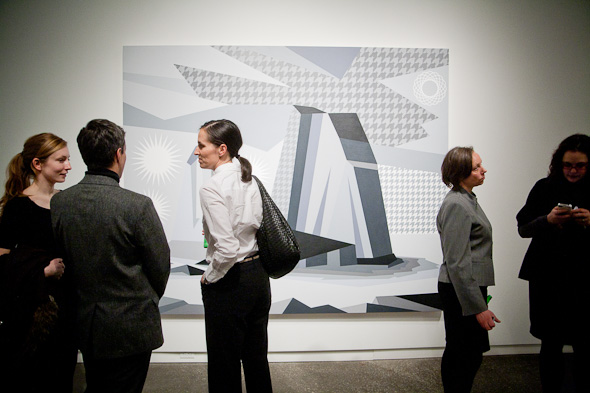 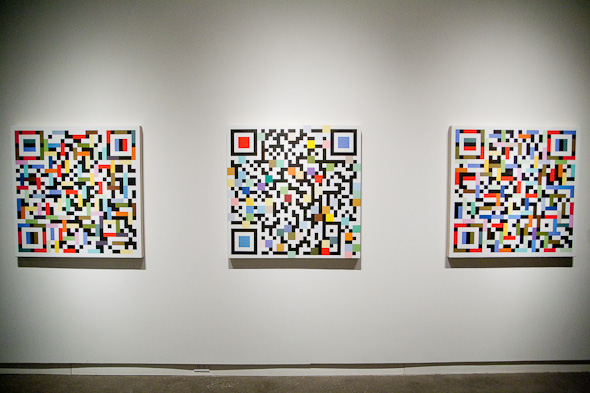 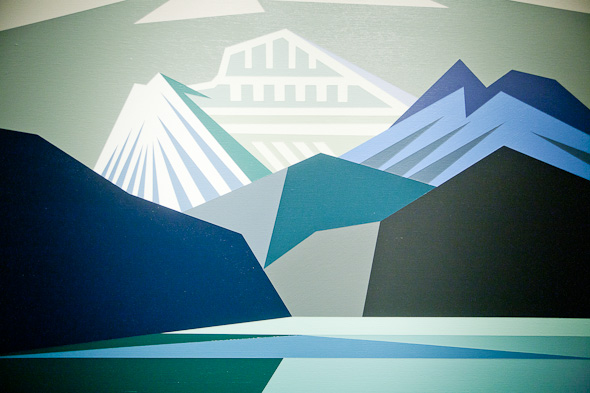 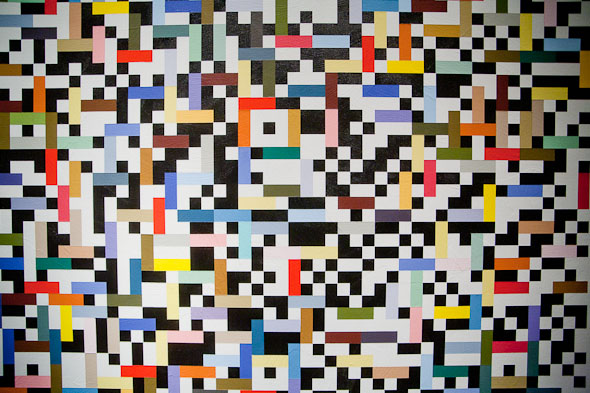