Every once in a while Governor General award winning artist Istvan Kantor opens up garage/studio space to the public for a sale. It's a strange space, crammed with artworks and relics that the Hungarian-born artist has collected over the years, but it's also one of those places that's kind of awesome to know exists in the city, sitting, as it does, in some anonymous back alley north of Trinity Bellwoods Park. To get a peek inside the place is to see a sort of living archive of a life devoted not just to art but to living as art.

If that sounds a bit contrived, you haven't met Kantor, who's mere presence suggests the possibility of dramatics of some sort. On Saturday it was the burning of his own "masterpieces" — presumably the type of anti-capitalist gesture that made this an anti-Xmas event — while in the past he's been banned from art galleries across the country for impromptu performance pieces that challenge the status of institutionalized art spaces. His "Blood Campaign" of the 1980s, for instance, saw the artist splash his own blood across gallery walls dangerously close to other artists' paintings much to the ire of curators.

This visit to the "Vatican of Neoism" — Kantor's studio, named after the artistic philosophy to which he subscribes — wasn't that eventful. Only a handful of people were around when we passed by, and the burning ritual thus didn't inspire much shock and awe. Nevertheless, poking around this strange art sale was a fascinating way to spend a half-hour. 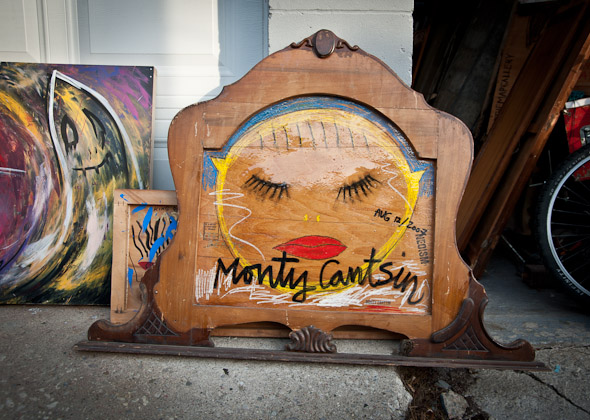 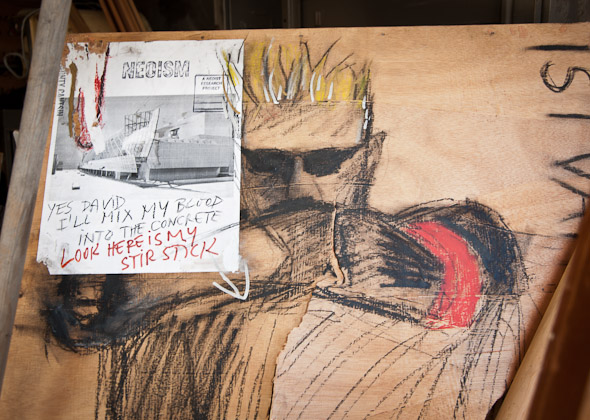 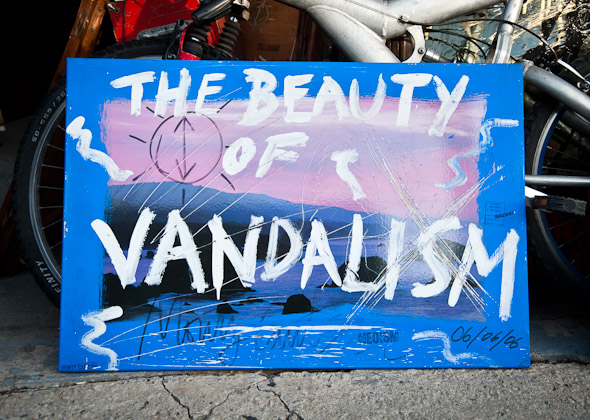 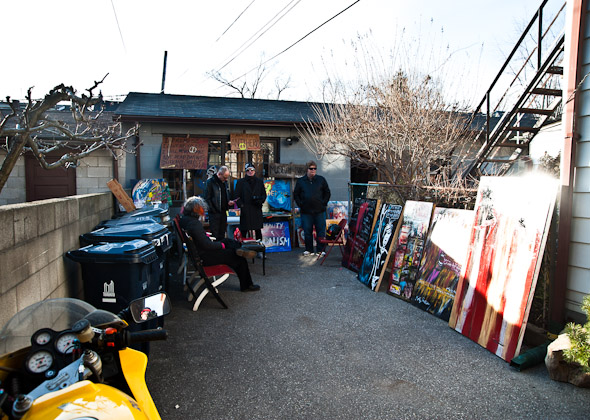 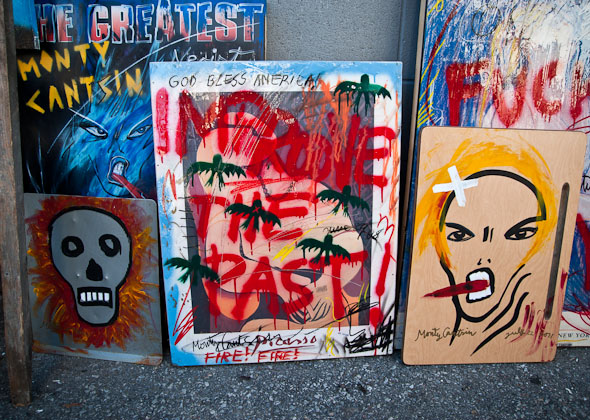 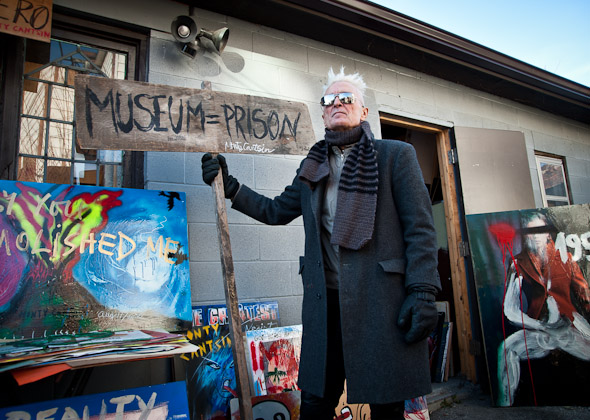 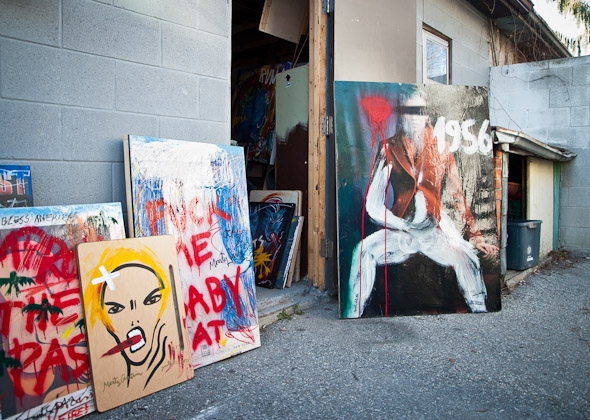 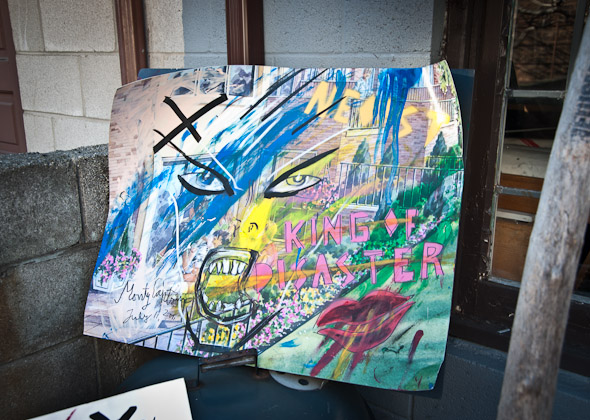 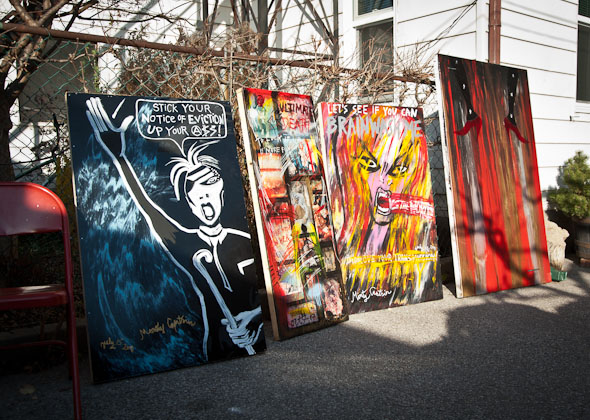 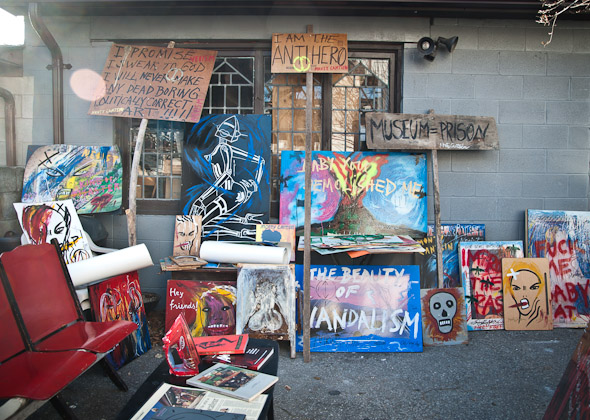 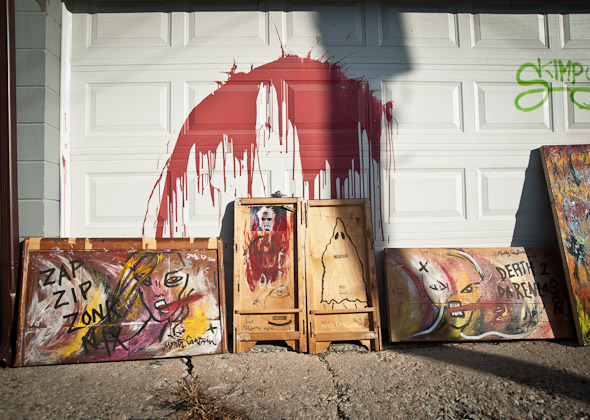